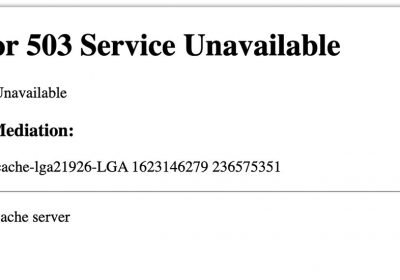 Several major websites, including those of the British government, The New York Times, The Financial Times, The Guardian and Le Monde, were inaccessible for many users on Tuesday morning.

Many of the affected sites appeared to have been restored after a little less than an hour.

The outage was connected to Fastly, a provider of cloud computing services used by scores of companies to improve the speed and reliability of their websites. Fastly later said on its website that the issue had been identified and that a fix was being made.

Fastly works on technology known as a content delivery network, which is a highly distributed network of servers used to reduce the distance between a server and user, and increase the speed at which a website loads.

The technology is thought to improve reliability because it distributes the delivery of a website to many locations, rather than depending on a central data center. Fastly did not immediately respond to a request for comment on Tuesday.