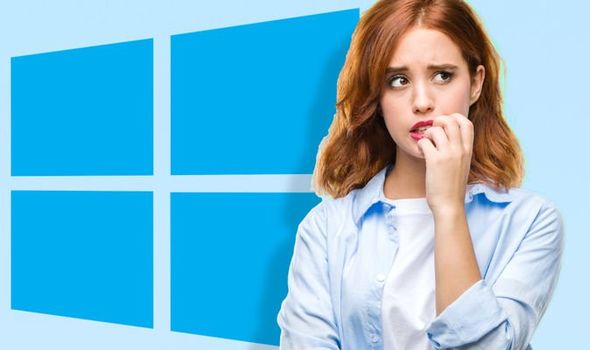 Windows 10 May 2020 Update is the first of two feature-packed releases planned for this year. The new version of the operating system brought a redesigned Cortana app and the ability to make your PC password-less …to name just a few new additions. Unfortunately, there were some unplanned changes that arrived with the update too, including users left unable to connect to printers, randomly deleting emails in Gmail, problems accessing files saved in OneDrive cloud storage, and stuttering video games.

And now there’s another quibble to add to the ever-growing list since the roll out of Windows 10 May 2020 Update.

Spotted by Microsoft-centric blog Windows Latest, a number of users who installed the latest Patch Tuesday – a monthly bundle of bug fixes and security improvements pushed out by Microsoft – have started to notice issues with their internet connection.

Windows 10 users who are impacted by the issue are being alerted by a “No Internet Access” warning message that appears within the “Network and Internet” panel in the Settings app. Bafflingly, the issue only appears to affect select internet-enabled services baked into the operating system.

According to one user, while the “No Internet Access” warning appears within the Settings app, browsing the internet works without a hitch… but asking Cortana a question doesn’t return an answer – only a notification that an active internet connection is required to use the digital assistant.

Even though there is an active internet connection to your device, a number of apps and system features will not work if Windows 10 believes – incorrectly, in this case – that there is a problem connecting to Wi-Fi. Anecdotal evidence from the Windows Latest blog post suggests the main features impacted for users are Cortana, Microsoft Store, and Spotify. That’s enough to cause users a serious headache.

Thankfully, Microsoft is well aware of the issue and is actively looking into a fix.

With any luck, that means we won’t have to wait very long until a new update is rolled out to fix the problem. The next Patch Tuesday is scheduled on August 11, 2020 although Microsoft could rush it out to users a little earlier as long as it’s ready / considered urgent enough.

It’s another blow for Windows 10 users who have had a rough time with the latest operating system. And as millions of people stay home to work and study due to the ongoing public health crisis, it’s not an ideal time to be breaking essential features like internet connectivity, printers and emails. (As for the video game problem, that’s admittedly less essential …but equally annoying).