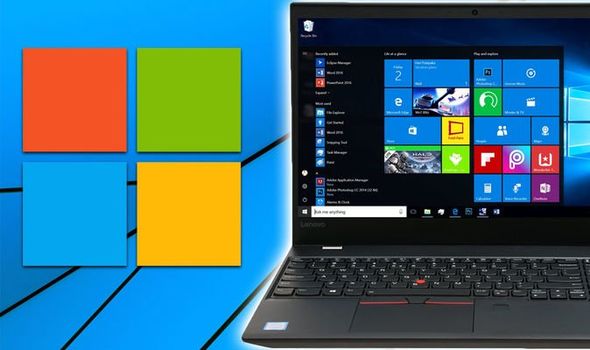 Windows 10 users look set to see one major part of the Control Panel suite get killed off in a future update. Control Panel has been an intrinsic part of the Windows experience for decades, appearing in the first version of the OS Microsoft launched back in 1985. However, ever since Windows 8 Microsoft has been on a journey to replacing Control Panel with the Settings interface.

It has been over eight years since Settings first arrived in Windows, but it has slowly become a more stable and functional part of the OS.

When Windows 10 was first announced Microsoft said Control Panel would be a fixture of the software until the Settings app was developed further.

And users of the OS have been left wondering if the time when Control Panel is no longer part of the Windows 10 experience is getting closer.

As revealed in a post by Windows Latest, a test build of Windows 10 has shown that Microsoft plans to kill off the System applet in Control Panel.

This is one of many applets in Control Panel, and it gives users a quick way to access information on their system such as details on the PC’s processor and RAM.

But Windows 10 Build 2016 shows this is all about to change, with Control Panel’s System page redirecting users’ to the Settings’ About page in the latest preview version.

Elsewhere, other links within Control Panel or Windows Search that previously would have gone to the System applet now go to the Settings page.

More details about the upcoming changes to Control Panel were revealed in a blog post by Brandon LeBlanc, the senior programme manager for the Windows Insider Programme.

In it, LeBlanc said: “We’re continuing to work on bringing capabilities from Control Panel forward into Settings.

“As part of this ongoing effort, we are migrating information found in Control Panel’s System page into the Settings About page under Settings > System > About. 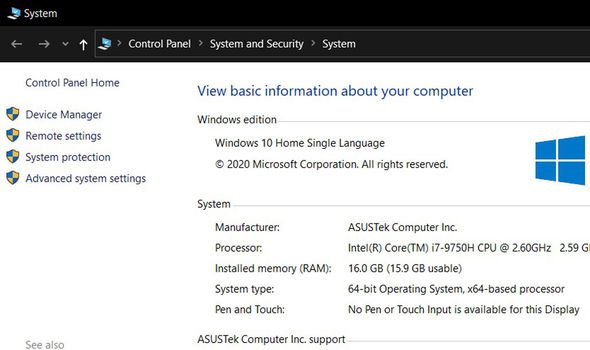 “Links that would open the System page in Control Panel will now direct you to About in Settings.

“We are also bringing new improvements like making your device information copyable and streamlining the security information shown.

“And don’t worry—if you’re looking for more advanced controls that lived in the System page in Control Panel, you can still get to them from the modern About page if you need them!”

LeBlanc also added: “There will be more improvements coming that will further bring Settings closer to Control Panel.

“If you rely on settings that only exist in Control Panel today, please file feedback and let us know what those settings are.”

From the sounds of it, Microsoft still has a bit more tweaking to do to the Settings page before fully replacing Control Panel.

And for PC fans not ready to say goodbye yet then they thankfully will have a little while longer left to use the Control Panel feature.

Control Panel will reportedly still remain accessible in Windows 10 for the remainder of this year and in 2021.