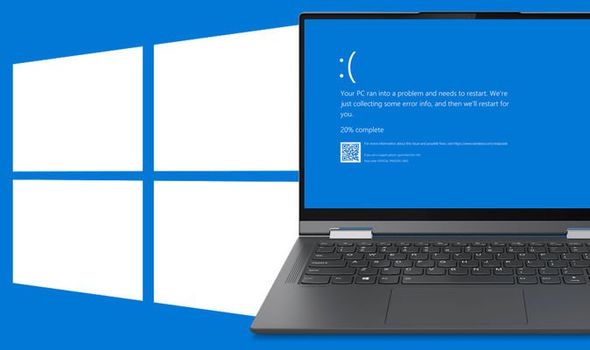 Windows 10 users thinking of downloading the recently released KB4586781 update may want to hold fire for a little while longer. Following the patch being pushed out in November, Windows 10 users have reported a number of problems with the latest cumulative update. As reported on in a post by Techdows, the latest Windows 10 patch has been reported as causing a series of issues including the return of the dreaded Blue Screen of Death (BSOD) error message.

One Windows 10 user on the Microsoft Answers forum said they encountered a BSOD screen after installing KB4586781.

They added the problem hit a newly bought laptop that was around two weeks old, and after removing KB4586781 the problem was resolved.

“However, when my laptop was restarted and updated the above windows update, it ran into problems and turned to ‘blue screen’. And then, the laptop switched off itself automatically.

“Then, the laptop removed the latest Windows update of the above. It worked again.

“I strongly believe there is a serious problem of the windows update KB4586781. I don’t want this update to ***** up my new laptop. My laptop is new and was bought less than 15 days.

“Please advise how can solve the above issue. As I can see that this Windows update is still pending on my Windows update. I cannot avoid this update as the laptop was forced to update this when I try to switch off the laptop.”

The BSOD error isn’t the only problem to affect Windows 10 users after installing the latest update.

On the Answers forum Windows 10 users have reported being unable to install the update with it constantly failing and being greeted with an error code.

While others have said they have had issues with the Camera app not working as well as problems with Google Chrome and Microsoft Edge after installing the patch. 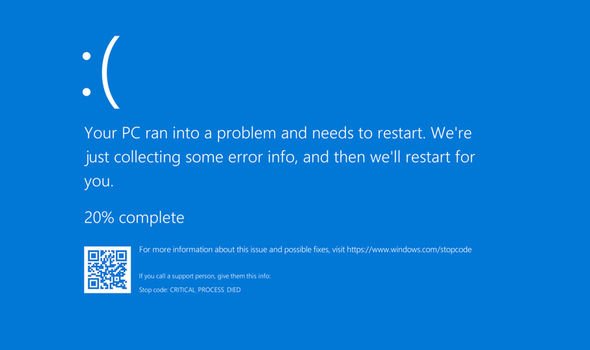 One wrote: “Terrible update. So many thinks do not work anymore. Need urgent answers from Microsoft.”

While another added: “All the bookmarks have been wiped out in Chrome & Edge.”

And one posted: “What the heck happened with Windows. There was an update last week that wiped out all the customisation on the taskbar and desktop.

“It also changed the desktop image and wipeout history in MS Office.

“I spent an hour re-establishing all these thing, but now the update that happened last night did it again. What the **** is going on with Windows.

“If this keeps happening, I am going to have to buy an Apple computer. These forced updates are horrific!!

“Is there a way I can restore back to before these updates?”