Home » Technology » Windows' April 2018 update aims to save you time

Windows' April 2018 update aims to save you time Microsoft says its flagship operating system Windows is being updated to help us get more stuff done. 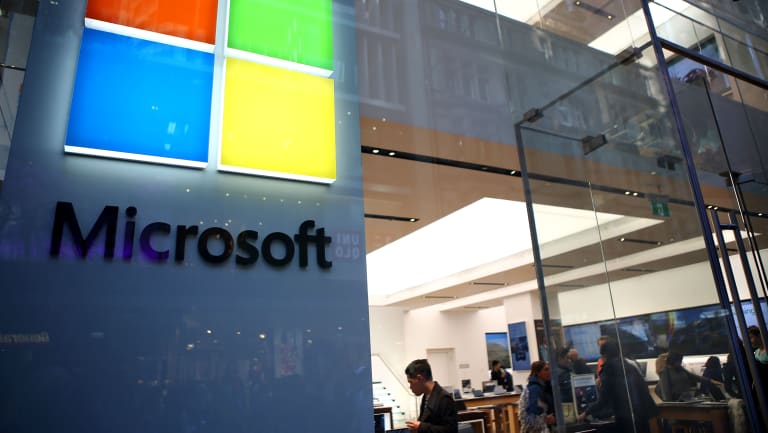 Microsoft is sending Windows to the cloud to make it more useful.

"The spirit of this release is how it can help you get back time," Yusuf Mehdi, Microsoft's corporate vice president of the Windows and Devices Group, said in an interview.

This is the first Windows release since Microsoft broke up the Windows and Devices Group late last month, which has been one of the company's core departments for decades. That prompted a few people to declare the death of Windows, which has been Microsoft's flagship brand for years.

The cloud plays a major part in the new update to allow people to run Microsoft's software on any machine, regardless of whether it's a Surface or Apple Mac.

"Having Windows's efforts align with the cloud will help us scale even more broadly," Mehdi said.

The Timeline feature fits into that trend, by creating a view that lets you see what work you're doing in Microsoft programs across devices. If you are working on a Word document on your iPhone or your Android tablet on your train ride into work, for example, Timeline allows for whatever you're working on in transit to show up on your work PC when you get into the office. 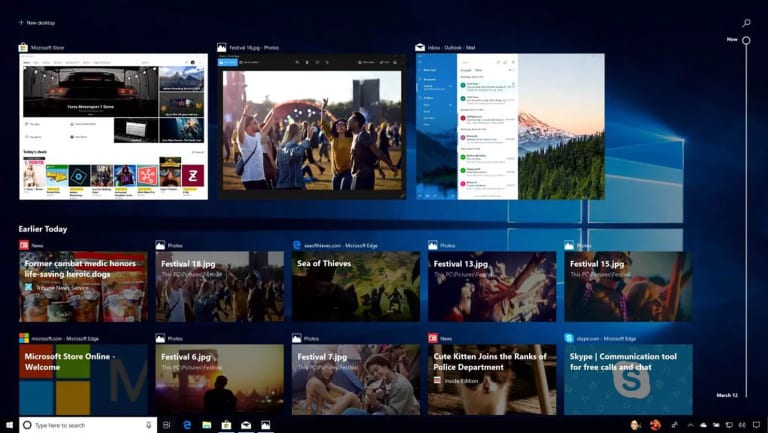 The new Timeline view shows you what you’ve been doing in Microsoft products across devices.

With a new feature called "Focus Assist," Microsoft is also riding a trend with appeal to people evaluating how much of their life is spent with screens: designing ways that technology can get you to use it less.

The feature will shut off your notifications for set periods of time to keep you from getting distracted. Microsoft looked at research that said switching tasks, even just to see a notification, can keep someone from regaining their focus for 23 minutes.

You can flip the switch on at any time, or set times in your day when you specifically want to focus. And, just in case you're worried you'll be missing too much, you can set the feature to let through notifications from certain people, such as your boss.

Windows is also looking, in some ways, to play a bigger part in your home life, adding more features for its Cortana voice assistant. It's now possible to control your Cortana-compatible smart-home devices from your PC.

The true place of Windows moving forward remains to be seen. It used to be Microsoft's most lucrative product, a crown it has ceded to Office, Microsoft's server business and even its video games business in the past decade. Under CEO Satya Nadella, there's been a marked shift on computing in the cloud and on mobile devices, rather than on desktops and the shrinking PC market.

But Windows still gives Microsoft half a billion users and drives its vital personal computing unit, according to the company's latest earnings report. So even if Windows is becoming more of a supporting player, rumors of its imminent death seem greatly exaggerated.