BRUSSELS (Reuters) – Progress on the feasibility of a digital currency backed by the European Central Bank could be made in the coming months, senior officials said on Friday, cautioning that the project faced challenges and was for the long term. 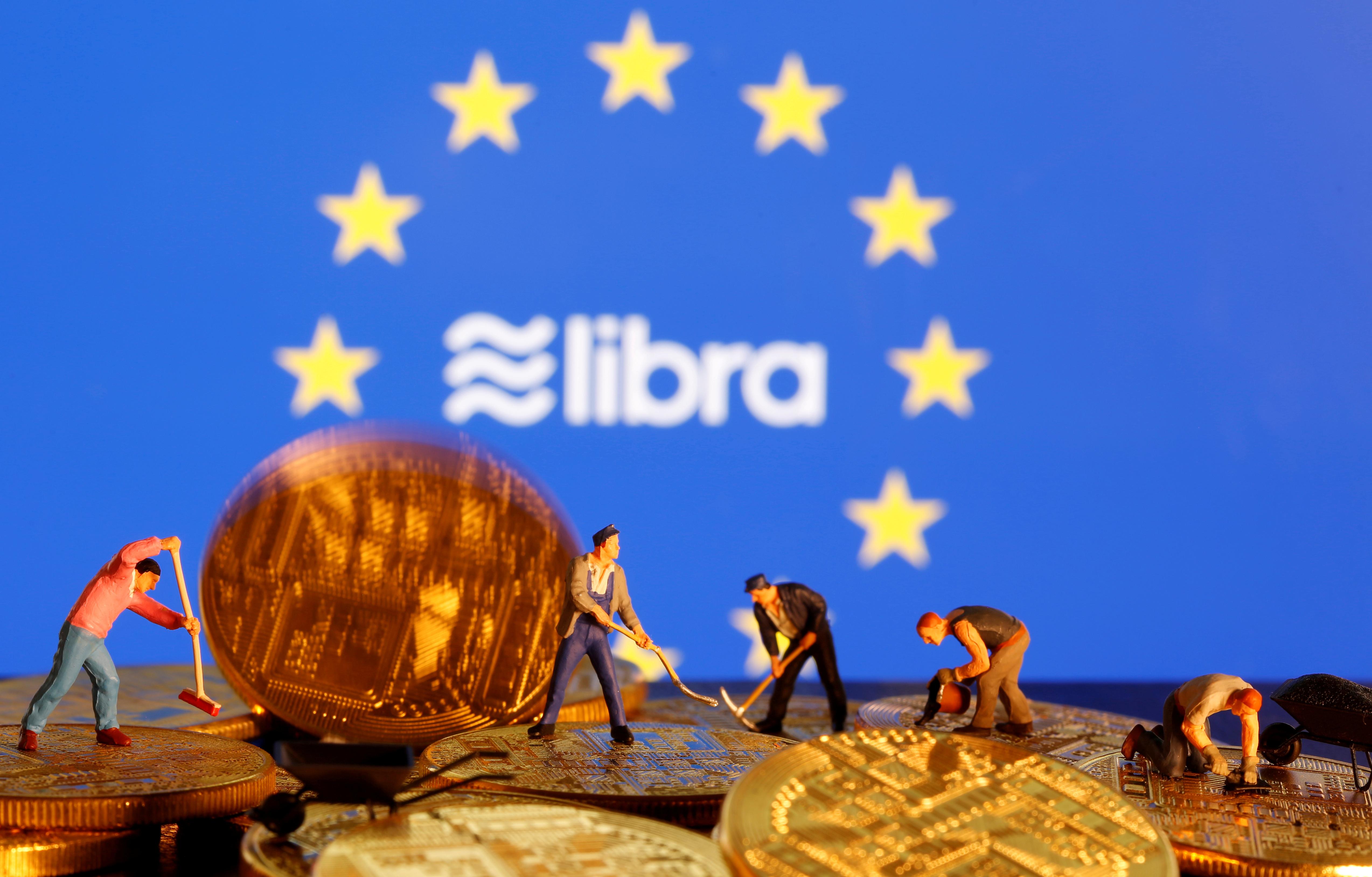 Plans for a European public digital currency have begun emerging after social media giant Facebook announced in June its blueprint for Libra, a private digital currency, which spooked regulators who have since raised concerns and said Facebook’s project could be banned.

A public cryptocurrency would represent an alternative to Libra and other private projects, and could reduce costs of international transactions, which EU officials see as too high.

Acknowledging it would take time to develop a European public version of Libra, French Finance Minister Bruno Le Maire told a news conference in Brussels: “The fact that it is for the long term does not prevent us from working and having results next year.”

An ECB official told Reuters the euro zone’s central bank was already working on the technical aspects of a digital currency and would present its conclusions to European Union governments soon.

EU finance ministers are set to adopt at a meeting in December a joint statement welcoming the ECB’s work on the topic.

The ECB official said several options were being studied. Under the most ambitious plan, users of the new digital coin could open bank accounts directly at the ECB. That would cut transaction costs but would make existing banks and payment services largely redundant.

Under a less radical option, banks could be given electronic cash or tokens by the ECB which they could then distribute to their clients, the official said, stressing that work was under way and that several technical and legal challenges remained.

The ECB’s policymaking Governing Council will meet next week for the first time under the presidency of Christine Lagarde, who replaced Mario Draghi at the beginning of this month.

The official said that meeting could address the issue of a public digital currency in a session dedicated to future challenges.

The debate is at this stage focused on whether a public cryptocurrency is feasible or desirable, the official cautioned.

“It is not good that banks, be them German, Italian, French or Spanish, are too exposed to the sovereign debt of their country,” Le Maire said, stressing these holdings should fall before the EU could implement a joint insurance scheme for savers.

Existing national schemes in the 28 EU states cover deposits up to 100,000 euros ($110,310), but they may not be sufficient in the event of large banking crises.

Le Maire’s comments are likely to irk Italy, whose banks hold large chunk of the country’s huge public debt. Italian Finance Minister Roberto Gualtieri made it clear on Thursday that Rome could not support Scholz’s proposals.

A French official said France had concerns about Scholz’s idea of giving a score to national debt holdings, which would make Italian or French debt more expensive for banks to keep on their balance sheets.