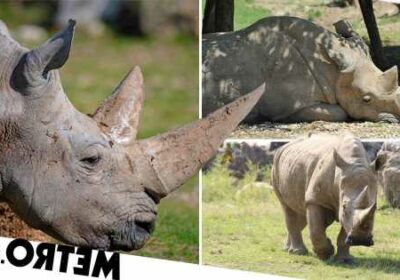 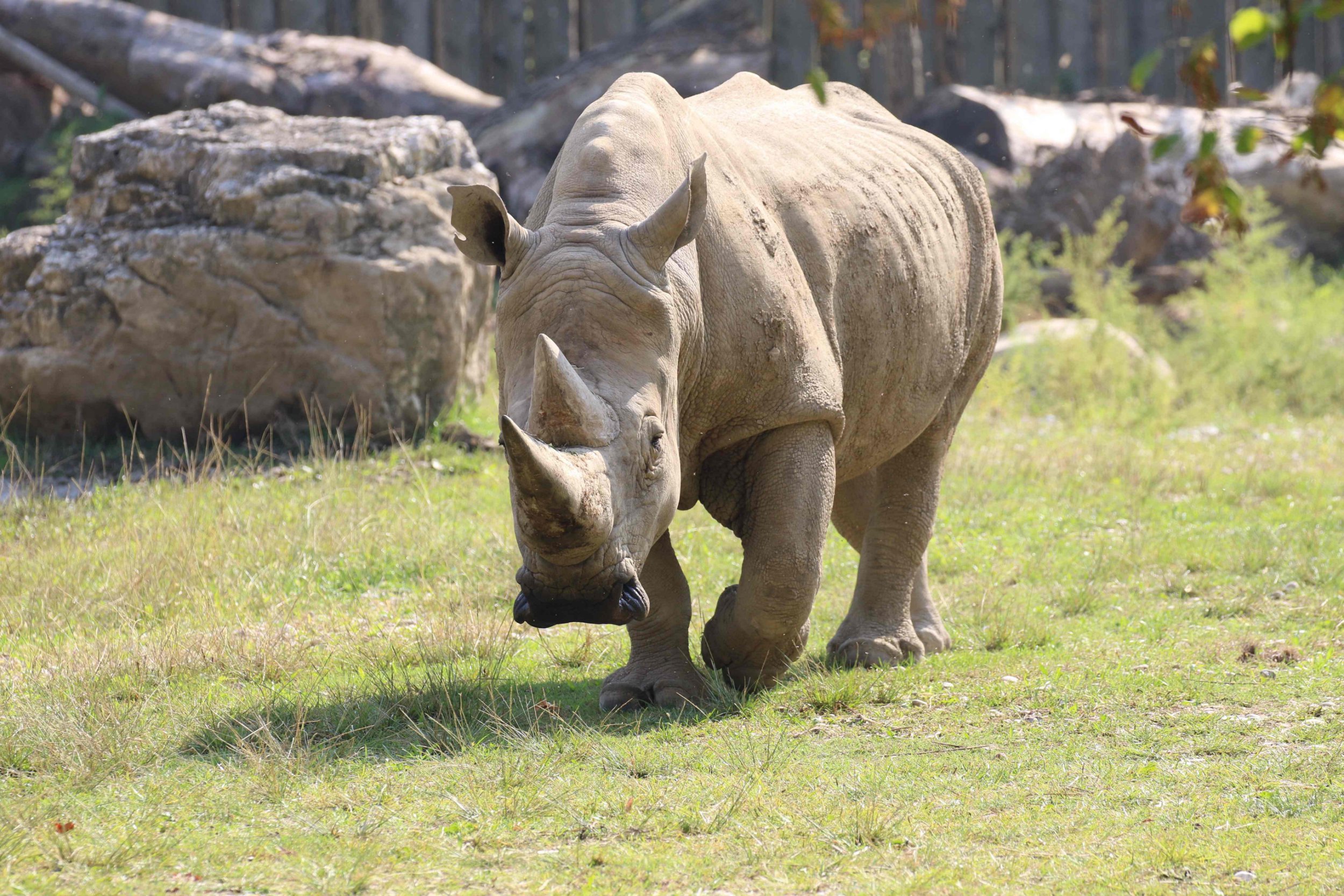 The world’s oldest white rhino has died aged 54 in an Italian zoo.

‘He collapsed on the floor on the way back to his nighttime shelter, and after about half an hour, his heart stopped,’ zookeeper Elisa Livia Pennacchioni told news agencies.

Toby will be embalmed and put on display at the MuSe science museum in Trento, where he will join Blanco, a white lion from the zoo who died five years ago, Pennacchioni said.

White rhinos usually live up to about 30 years in the wild and 40 years in captivity, so Toby lived to a ripe old age.

The species is listed as Near Threatened – there are estimated to be about 18,000 animals left in the world although numbers have been increasing.

However, there are only two examples left of the northern white rhino subspecies who live in Kenya, which are watched round-the-clock by armed guards.