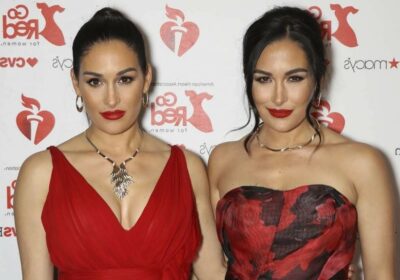 Stitcher, the podcast company owned by SiriusXM, announced its acquisition of “The Bellas Podcast” hosted by twin sisters and WWE Hall of Fame inductees Brie and Nikki Bella. The series will return with new episodes beginning Wednesday, Nov. 3. The Bellas again promise to bring listeners uncensored access to their lives and will discuss current events with special guests. (Watch the trailer below and at this link.) Previously, “The Bellas Podcast” was produced and distributed by Endeavor Content before going on hiatus earlier this year. With the relaunch of the podcast, Brie and Nikki Bella will produce the show with support from Stitcher. Brie and Nikki Bella are managed by SMAC Entertainment. SMAC, in conjunction with WME, represented the Bellas in the podcast deal.

iHeartMedia announced nominees for the 2022 iHeartRadio Podcast Awards, set to take place on Jan. 13, 2022, at the iHeartRadio Theater Los Angeles. This year’s nominees for Podcast of the Year award — voted on by fans via Twitter — are: “Code Switch” (NPR); “Conan O’Brien Needs a Friend” (Team Coco/Earwolf); “Crime Junkie” (Audiochuck); “Louder Than a Riot” (NPR); “Office Ladies” (Earwolf/Jenna Fischer & Angela Kinsey); “SmartLess” (Wondery/Amazon); “Stuff You Should Know” (iHeartRadio); “The Daily” (The New York Times); “The Midnight Miracle” (Luminary, Dave Chappelle, Talib Kweli and Yasiin Bey); and “You’re Wrong About” (Aubrey Gordon/Michael Hobbes). Voting for Podcast of the Year will begin Dec. 13 and run through Jan. 2, 2022 (more information at this link). Winners in other categories will be picked by a judging panel composed of podcast industry leaders and creatives. The 2022 awards include two new categories: Podcasts to Watch and Best International Podcast.

Audacy’s Cadence13 announced a partnership with Campside Media for “Fallen Angel,” an investigative documentary podcast series about Victoria’s Secret. The first two episodes premiere Oct. 13 on all major podcast platforms. The show is co-hosted by veteran journalist Vanessa Grigoriadis, who also serves as writer, and Justine Harman, former features director of Glamour. “Fallen Angel” investigates the origin story of Victoria’s Secret and its effect on American culture for nearly 40 years, as told by women who witnessed what really happened behind the scenes. The series also explores Les Wexner, the man who has been at the head of the company for more than 35 years, and his association with convicted sex offender Jeffrey Epstein. Listen to the “Fallen Angel” trailer at this link.

Clubhouse comedian Leah Lamarr is the host of a iHeartMedia‘s weekly crime investigation podcast “Real Time Crime,” which the company says is the first major podcasting deal for a Clubhouse creator. In the show, Lamarr is joined by TV personality and influencer Teddi Mellencamp, who meet with investigative professionals to delve into current criminal trials in real-time and unravel mysteries of high-profile cases. The first episode “Real-Time Crime,” distributed by the iHeartPodcast Network, premiered Oct. 12, available on all major podcast platforms.

Lemonada Media announced the return of weekly news-commentary podcast, “Our America with Julián Castro,” with Season 2 premiering Oct. 13 on all major podcast platforms. Castro, who was secretary of Housing and Urban Development in the Obama administration, is joined each week by his longtime communications strategist, Sawyer Hackett, plus guests including political leaders, journalists, and operatives.