Home » Technology » Your iPhone will enjoy the biggest update of the year: iOS 15 to be revealed tomorrow

Your iPhone will enjoy the biggest update of the year: iOS 15 to be revealed tomorrow 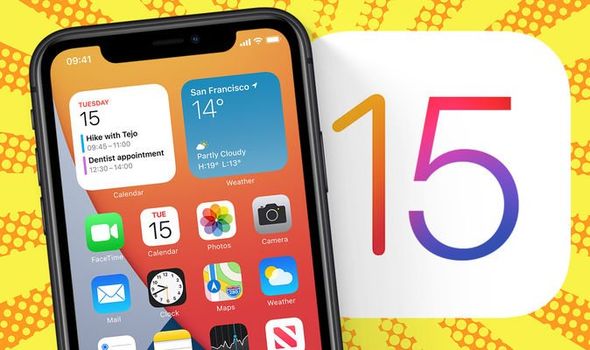 Apple will hold its annual developers conference, dubbed WWDC, next week. The week-long event allows third-party developers to find out about the latest features ahead of their release, so they can update any apps or accessories to support them. Apple kickstarts WWDC with a keynote presentation where it reveals some of the most exciting new additions to iOS, iPadOS, macOS, watchOS, and more.

The Cupertino-based company has also used the presentation to unveil new hardware, with some tipsters pointing to a possible MacBook Pro announcement during the keynote presentation on Monday June 7, 2021.

But while there’s not always new gadgets to sink your teeth into, there is guaranteed to be a first look at iOS 15 – the operating system that will power hundreds of millions of iPhones later this year. Last year, iOS 14 brought resizable widgets to the homescreen for the first time, allowing users to jazz-up the iconic grid of rounded app icons. A new look for the Music and Podcast app was also announced, as well as picture-in-picture support for video calls so you can multi-task while catching up with friends.

So, what does Apple have up its sleeve for the next update?

Well, the Californian company has been pretty good at keeping a lid on any rumours about its next iPhone update ahead of WWDC 2021, which will be streamed online due to the ongoing global public health crisis. However, reliable tipsters have provided us with a few tidbits about what to expect from the next version of iOS. 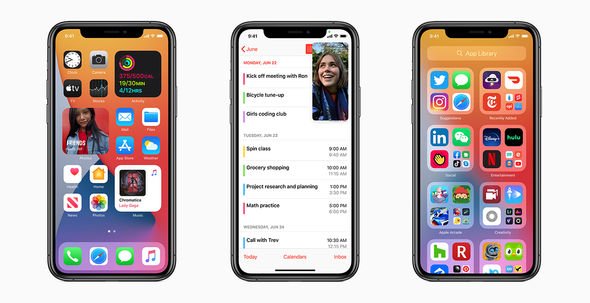 According to Bloomberg’s Mark Gurman, who has an unmatched track record when it comes to revealing details about Apple hardware and software plans, iOS 15 will bring a fresh coat of paint to the Lock Screen. While iOS 14 completely changed the look of the homscreen, the Lock Screen – which iPhone owners see every time they wake the screen – remained unchanged.

Could the new Lock Screen offer new ways to group notifications, customisable clock faces, or a way to change the two shortcut buttons from a quick-launch to the Camera and Torch features? Unfortunately, Gurman hasn’t revealed exactly what we can expect to see.

Elsewhere, there are whispers of a change to the Control Centre – the menu of easy-to-access shortcuts to some of the most common settings on your iPhone. This is accessed by dragging from the top-right corner of the screen on an iPhone with Face ID, or swiping up from the bottom if you’re using an older model.

According to tipsters, Apple looks set to borrow some of the innovations introduced with macOS Big Sur last year, which arrived with a version of Control Centre – a first for the desktop operating system, to the iPhone. A more compact aesthetic is planned for iOS 15 as well as the ability to drag-and-drop controls to suit your needs – exactly like Mac owners can do.

Apple’s built-in Health app is already pretty comprehensive, with the ability to link to a wide variety of fitness and health gadgets to store data on your heart-rate, weight, BMI, sleep patterns, monthly cycle, and more. However, one area where it lags behind competitors like MyFitnessPal is the ability to track food and calorie intake.

That’s all set to change with iOS 15, Mark Gurman claims. Apple will reportedly add the ability to log meals and calories within the Health app – so you can check nutritional details and calorie intake as well as your daily workouts, calories burned, and more.

It’s not known whether users will be able to manually enter all information, or whether Apple will provide a food database and offer barcode scanning, like some rival services already available on iOS.

Lastly, we’re told to expect iMessage – the blue-bubbled messaging feature found on all Apple devices – to get some attention from Apple engineers too. Although there’s no word on exactly what to expect, Apple will want the messaging platform to keep pace with some of its closest competitors, including WhatsApp, Messenger, Telegram and Signal. Could that mean we’ll see animated stickers and the ability to buy items from sellers baked into the Messages app? We’ll have to wait and see.

Apple typically launches its new iteration of iOS in September, so we’d expect the Californian company to stick to that timeline this year. If you really can’t wait until then, there’s usually a public beta programme open to anyone from next month.