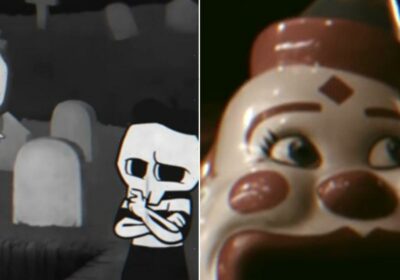 The creator of a creepy online horror series has hit out at YouTube's moderators for marking his show as suitable for children.

Kris Straub, the producer of Local58TV, said YouTube has listed his spooky 'found footage' horror videos as being for kids despite him explicitly categorising it as adult content.

One of his videos, called 'Show For Children' shows a cartoon skeleton looking for a skeleton girlfriend in a graveyard but only finding scary lifelife skeletons in open graves.

At the end of the video, the 'cute' skeleton sits in a grave and turns into more realistic and terrifying bag of bones.

Straub says he set the age rating of the video to 18+ and that the content of the clip is clearly not for children, but that YouTube's automated moderation has decided otherwise.

The video is now marked as 'made for kids' and Staub says he can't changed it back until he files an appeal with YouTube.

On Twitter, Straub wrote: "Congrats [YouTube] on the decision to auto-designate LOCAL58TV's 'show for children' as FOR KIDS despite my having set it as inappropriate for kids. I also can't change it voluntarily without an appeal."

congrats @youtube on the decision to auto-designate @LOCAL58TV’s “show for children” as FOR KIDS despite my having set it as inappropriate for kids. i also can’t change it voluntarily without an *appeal* pic.twitter.com/dnhmzL9hbi

Straub added: "How long before YouTube says 'hey you skirted the content rating' and bans the channel entirely."

According to Ars Technica, the video is still marked as 'For Kids' although YouTube said on Twitter that it was examining the complaint.

YouTube has a team of human moderation experts but much of the flagging is handled by Google's content moderation AI, which collects user data and reports to filter inappropriate videos on the platform.