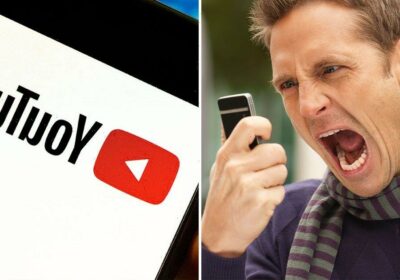 The number of 'unskippable' ads on YouTube seems to be steadily increasing, much to user frustration.

That's if user reports on Reddit are anything to go by. There are now dozens of threads on the YouTube subreddit of people complaining about the sheer number of ads they're forced to watch in order to enjoy their videos.

In one case, a user shared a video of his smart TV forcing him to watch 10 consecutive adverts in a row.

READ NEXT: Doctors use electric car battery 'to perform vasectomy' after power cut

In another thread, someone said: "Yeah they've been slowly pushing the line until people start to stop using the platform and they've finally reached that line for me."

One user said: "I'm sick of unskippable annoying stupid 15 secs YouTube ads" while another said "So sick of YouTube ads. All I ever get is the Better Help therapy stuff or Ryan Reynolds telling me all about his mobile company that he hasn't improved at all."

For some time, YouTube has made non-premium users watch 'unskippable ads' for a few seconds to a few minutes at a time, with longer ads having the option to skip.

However, if viewer reports are true, it would seem that the number of ads has increased and that the clips themselves have got longer.

YouTube has not made any official statements confirming that the number of ads has increased.

However, a spokesperson did respond to one user complaint about 5 unskippable ads, saying: "This may happen with a certain type of ad format called bumper ads, since they're only up to 6 seconds long."

If users don't want to watch ads, they can pay for YouTube Premium for £11.99 per month, which also comes with YouTube Music and other special features.