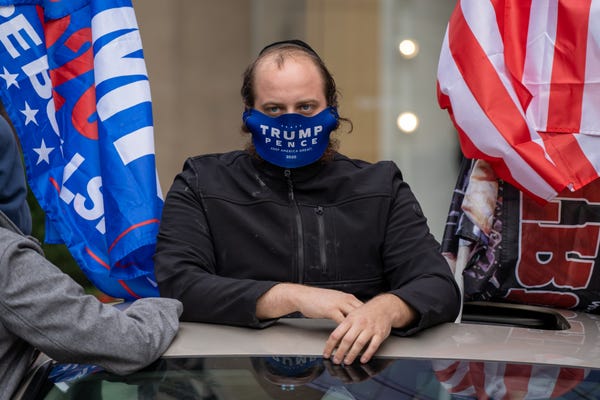 CBS New York reported demonstrators affiliated with "Jews for Trump" showed their support with "Trump 2020" flags flying their vehicles. The caravan for Trump started in Brooklyn and traveled to Manhattan where violence ensued.

Earlier this month, tensions rose during a previous protest with Orthodox Jews in Brooklyn about coronavirus mitigation enforcement in New York City.

The New York Times reported that 11 people were arrested as a result of the confrontations, according to authorities. The situation escalated with verbal and physical attacks between the opposing parties.

Eventually, police stepped in to ease the altercations, and out of the individuals taken into custody, charges include disorderly conduct and obstructing government administration, a representative for the New York Police Department told NPR.  Police are also looking into incidents where people who opposed the Trump supporters threw "projectiles" at vehicles participating in the caravan.

According to a report, Rudy Giuliani, former New York City mayor and Trump's personal lawyer, came across the rally while riding down Fifth Avenue, the newspaper reported.

"I would love to have had a campaign commercial of it and put it on in the middle of America and say, 'Who would you prefer for the next four years?" Giuliani said in an interview, according to The Times.

"This group of foul-mouthed people who don't seem to have a vocabulary beyond three words, or these very nice Jewish people who are driving in the car and not saying anything back and not doing anything other than exercising their right to say they're for Donald Trump."

With the election underway, the police department, as well as law enforcement in other cities with heavy protest activity, is gearing up for potential violence.