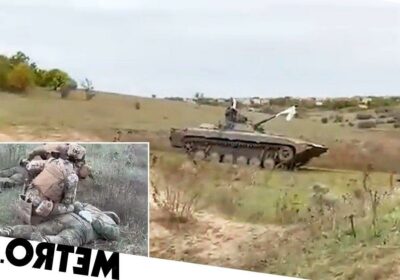 Russian soldiers are said to be calling a ‘surrender hotline’ in their droves since Vladimir Putin’s announcement of partial mobilisation.

Andriy Yusov, a spokesman for Ukraine’s military intelligence, said some 2,000 people had called the ‘I Want To Live’ hotline in recent weeks.

He told the Ukrainska Pravda newspaper: ‘The hotline has received a lot of calls from Russians who were called up recently, and even from some who haven’t even been called up yet.

‘They’re calling and asking, “What should I do if I get called up? What do I have to do, what’s the right way to surrender?”‘.

The number of calls have reportedly increased vastly since the Kharkiv offensive and as Russia faces further setbacks in the war.

While some are new conscripts, others are soldiers weary of fighting Putin’s bloody battles.

Mr Yusov’s comments come as new footage shows the moment Russian soldiers attach a white flag to the turret of their tank.

The three-man crew clamber out of the armoured vehicle with their hands up after being embroiled in Kyiv’s blitz to reclaim Kherson district. 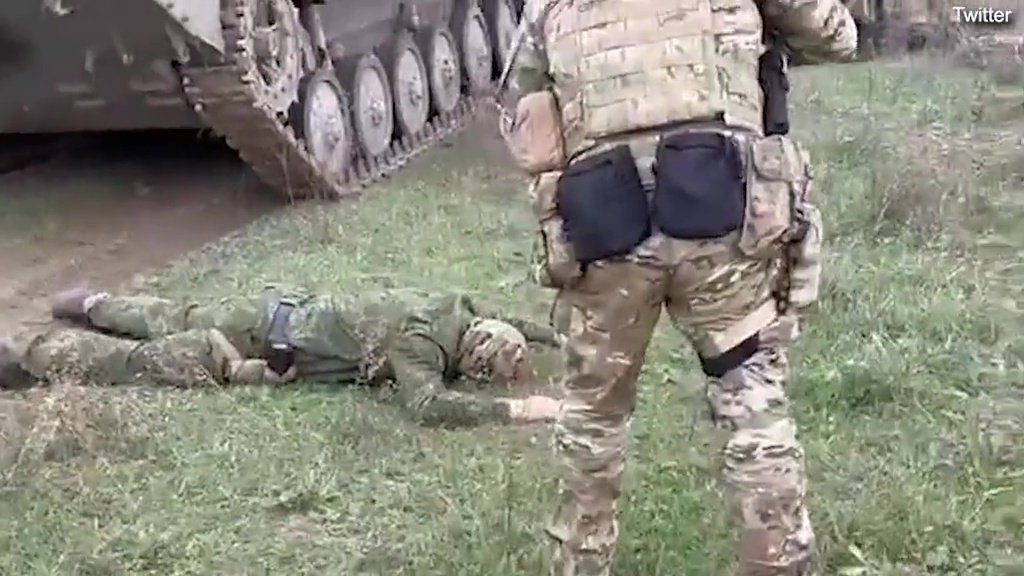 Ukraine recaptured three more villages from Russian invaders this week – putting its army within 60 miles of Kherson city, as their advance along the southern front continued.

Moscow retaliated with rocket attacks close to the Zaporizhzhia nuclear power station. Two people were killed and five others, including a three-year-old girl, were hurt when a missile hit a block of flats in the city.

He also denied claims that 700,000 Russians have fled the country since President Putin ordered the ‘partial mobilisation’ of military reserves.

One presenter on state TV, Vladimir Solovyov, has called for army generals to be shot.

Ukrainian president Volodymyr Zelensky spoke in Russian in his nightly address to tell Mr Putin he had already lost the war. ‘

He said: ‘You have lost because on the 224th day of full-scale war, you have to explain why this is all necessary. More and more Russians are realising they must die simply because one person does not want to end the war.’