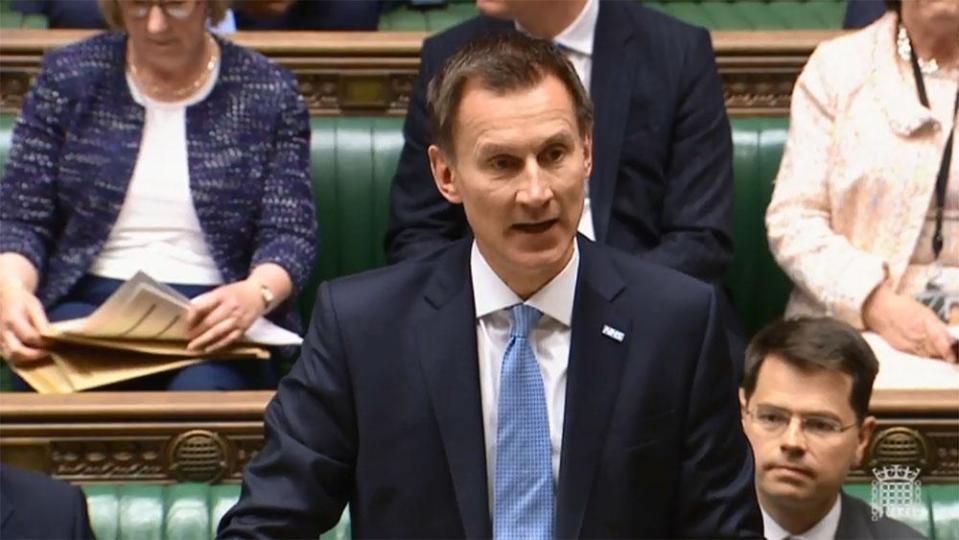 Hunt apologised to the families of between 130 and 270 women whose lives are thought to have been cut short as a result of the "administrative incompetency".

All those women affected will be contacted, receiving a letter before the end of May. And families who have lost a loved one will also be informed in that time frame, Hunt told the House of Commons.

He said the colossal error was only picked up by officials earlier this year, almost a decade after it happened.

Experts warn early diagnosis is vital to save lives from breast cancer which strikes around 55,000 Brits a year, killing 11,000.

The Health Secretary said: "A serious failure has come to light regarding the national breast cancer screening programme in England.

WHAT WE KNOW SO FAR:

"At this stage it's unclear if any delay has resulted in avoidable harm or death.

"Our best estimate is that 130 to 270 women's lives may have been shortened as a result.

"We recognise it is incredibly distressing for the families." 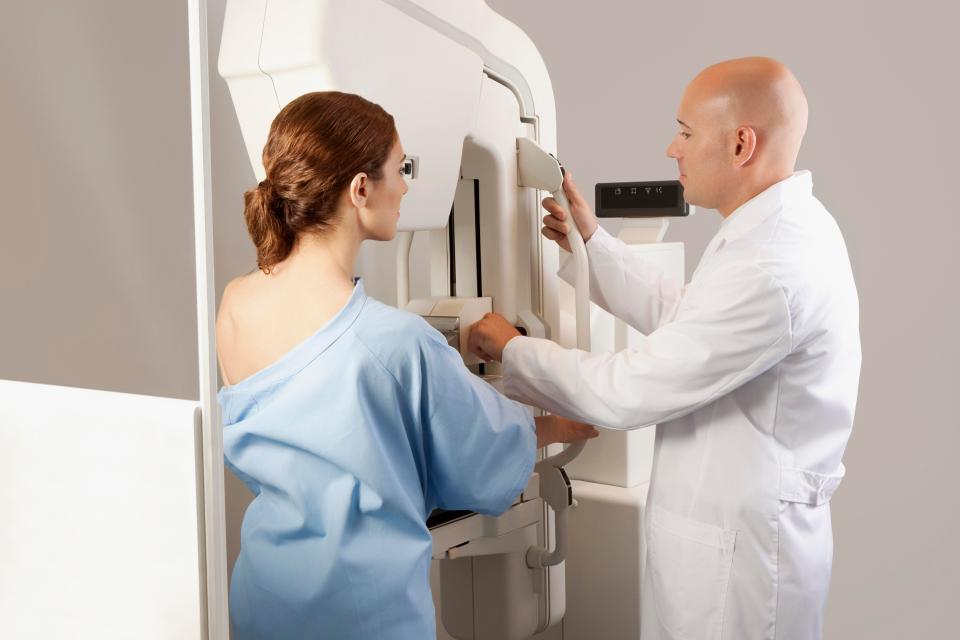 The remaining 309,000 who are still alive will be invited for a catch-up mammogram if the are under 72, and those over 72 will be given advice.

This is because for older women there is a risk screening will detect non-threatening cancers, that may lead to unnecessary and harmful tests and treatment.

Women in Scotland are not thought to be affected, because they use different IT systems north of the border.

And while Wales and Northern Ireland use similar systems to England, Mr Hunt said "neither believe they are affected".

Mr Hunt announced an independent review is being launched to investigate what happened, and why the mistake was allowed to go undetected for almost a decade.

It will be chaired by Lynda Thomas, the chief executive of Macmillan Cancer Support, and leading oncologist Prof Martin Gore, and is expected to report on its findings in six months.

WHAT SHOULD YOU DO IF YOU FEAR YOU'RE AFFECTED?

WOMEN who are affected will receive a letter informing them this month, Mr Hunt said.

Mr Hunt said women affected will advised of their next steps according to their age now.

Those under 72 will be invited for a catch up mammogram, which will be scheduled in the next six months.

PHE said today they expect all rescreens to be completed by October this year.

Those women over the age of 72 will be advised of whether another mammogram will be beneficial to them.

For older women, treating breast cancer can prove more arduous than the disease itself, and so women over 72 will be offered support and expert advice.

Mr Hunt stressed it is a woman's individual choice, and anyone who wants another screening will be offered one.

The health secretary said the NHS has extended capacity, to allow all women who missed a mammogram to have a "catch up" appointment in the next six months, with the "vast majority receiving screening much sooner than that".

Hunt added: "Irrespective of when the incident started, the fact is that for many years the oversight of our screening programme has not been good enough.

"Many families will be deeply disturbed by these revelations, not least because there will be some people who receive a letter having had a recent diagnosis of breast cancer.

"We must also recognise that there may be some who receive a letter having had a recent terminal diagnosis.

"For them and others it is incredibly upsetting to know that you did not receive an invitation for screening at the correct time and totally devastating to hear you may have lost or be about to lose a loved one because of administrative incompetency.

"So on behalf of the Government, Public Health England and the NHS, I apologise wholeheartedly and unreservedly for the suffering caused."

Breast cancer is the most commonly diagnosed form of the disease in UK women.

One in eight women across the nation will develop the disease in their lifetime and experts advise that women should check their breasts each month for signs of cancer, starting in their 20s.

Nearly 1,000 people die from breast cancer every month in the UK, with the disease killing around 11,500 women and 80 men each year.

Survival rates for the disease vary depending on age and the stage at which it's picked up, highlighting why early diagnosis is so important.

Every breast cancer patient caught at stage 1 survives at least one year, while at stage four that number is just 63 per cent.

Five-year survival rates are 99 per cent if diagnosed at stage 1 but plummets to just 15 per cent at stage 4 – the most advanced stage, when the cancer has already spread.

Those aged between 40 and 59 also have a good chance of surviving breast cancer.

But after the age of 69 survival rates drop and just 70 per cent and women aged over 80 are expected to beat the disease, according to Cancer Research UK.

As with any cancer early detection is crucial for survival, that’s why regular mammograms are vital.

Around two million women are screened for breast cancer each year.

The NHS Breast Screening Programme is currently for women aged between 50 and 70, and involves screening every three years.

In some parts of England, this has been opened to women aged 47 to 73 years old as part of a trial.

Mr Hunt also admitted there "must have been clues that could have been picked up" along the way, that the IT system had failed so comprehensively.

The Tory former minister Maria Miller called for a review of NHS quality assurance safeguards, which the Health Secretary agreed with.

He added: "We think it was a single IT mistake that was made right at the start of the programme and we do understand that sometimes those kind of mistakes are devilishly difficult to identify, but nonetheless there must have been clues that could've been picked up."

In response to Mr Hunt, shadow health secretary Jonathan Ashworth said he welcomed the minister's "candour" in questioning why the problem was not picked up.

He said: "Eight years is a long time for an error of this magnitude to go undetected." 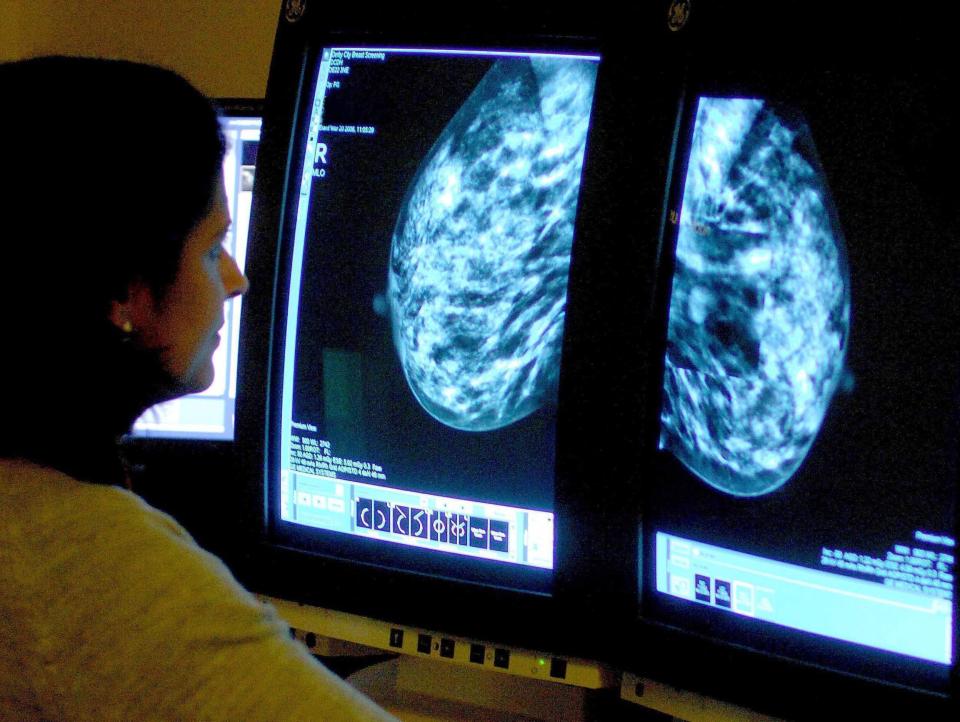 Baroness Delyth Morgan, chief executive at Breast Cancer Now, said they are "extremely concerned so many women have been let down by such a colossal systematic failure".

"That hundreds of thousands of women have not received the screening invitations they've been relying upon, at a time when they may be most at risk of breast cancer, is totally unacceptable," she said.

"Screening prevents deaths from breast cancer – the earlier the disease is detected, the more likely treatment is to be successful and we'd encourage all women to attend their appointments.

"For those women who will have gone on to develop breast cancers that could have been picked up earlier through screening, this is a devastating error.

For those women who will have gone on to develop breast cancers that could have been picked up earlier through screening, this is a devastating error

"It is beyond belief that this major mistake has been sustained for almost a decade and we need to know why this has been allowed to happen."

"It is shocking that almost a decade has passed before this mistake was discovered," she said.

"Women affected and their loved ones will be left reeling, both scared and confused.

"This incompetence must not be allowed to happen again.

"The number one priority now must be to ensure that they get all the support and information they need."

Women in England between the ages of 50 and 70 are currently automatically invited for breast cancer screening every three years under a programme run by Public Health England.

This is because the likelihood of getting breast cancer increases with age – but it appears the letters asking them to come for a mammogram were not sent out.

An urgent clinical evaluation was launched to determine what harm had been caused.

In March, PHE escalated the issue to ministers.

Hunt said at this stage it wasn't made public to ensure a plan was put in place to prevent a sudden flood of demand on the breast cancer screening programme, from concerned women.

News of the NHS blunder comes after it emerged more than 2,500 patients were recalled to hospital over fears they had deadly brain conditions misdiagnosed.