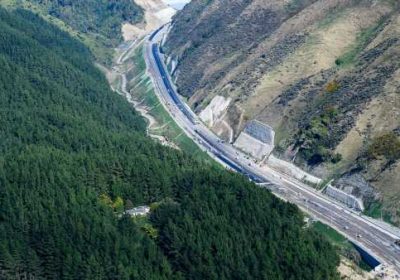 Fines issued for environmental breaches during the construction of Transmission Gully don’t even amount to a third of what the builder will be stung with daily if the road isn’t open on time.

Recently the Environment Court issued contractors with a $70,000 fine following a prosecution over four earthworks-related charges.

As of May this year Greater Wellington Regional Council (GWRC), the regulator, had issued $37,500 worth of fines.

These consequences seem like a slap with a wet bus ticket compared to the drastically more severe penalties if the road is not open by the agreed date of September 27.

Furthermore, $7.5m of a $145.5m settlement covering the cost impacts of Covid-19 will be paid only if the road is open on time.

The four-lane motorway is being built through a public-private partnership (PPP), the Wellington Gateway Partnership (WGP), with CPB Contractors and HEB Construction sub-contracted to carry out the design and construction.

To say the road has been a nightmare is an understatement.

A review undertaken by Te Waihanga, the Infrastructure Commission, revealed it was flawed from the start.

The report found there was a lack of transparency as to how key PPP decisions were being made, less than ideal consenting risk management, a non-PPP scheme design used in the PPP procurement, and the price was set far too low from the beginning.

Confirmation that the price had been being totally undercooked hit the headlines.

But the fact the issue of consenting was also identified as one of the four primary causes behind the project’s delays and increased costs was significant.

The review recommended Waka Kotahi develop a structured consenting strategy for future PPPs as a key project control document in the procurement process.

The number of consent breaches, failures/incidents, and unconsented activities at the Transmission Gully site totalled 223 incidents by May this year.

There had been 50 infringement notices issued along with 41 formal warnings.

The resulting $37,500 worth of fines can hardly be considered a deterrent.

Environment Court Judge Brian Dwyer was clearly frustrated when the road’s builder was sentenced for incidents GWRC decided to prosecute.

Four charges were laid in relation to track earthworks undertaken in May 2019, which resulted in material entering the river beds of Duck Creek and Cannons Creek.

Dwyer was also the chairman of the Board of Inquiry that considered consents for Transmission Gully a decade ago.

The effects of sedimentation brought about by works associated with the project were a matter of prime concern in the board’s deliberations.

Dwyer said they were given “all sorts of assurances” about how properly the work would be done.

He noted both creeks fed into Pāuatahanui and Onepoto Inlets, which are water bodies widely recognised as being highly vulnerable to the effects of sedimentation.

These two water bodies formed the largest estuary in the lower North Island and their protection was a matter of national importance, he said.

In this case, direct adverse effects from the incident were minor.

But Dwyer said the wider issue for the court was the cumulative effect of myriad minor discharges of sediment, which is the most pervasive and significant contaminant in New Zealand rivers, estuaries and coastal waters.

He said at least twice during sentencing that had there been more significant proven adverse effects, he would have taken a considerably higher starting point for the total fine.

If Transmission Gully is one day late, it will cost the builder $7.75 million.

Last month Waka Kotahi took the trouble to lay out at great length just how much work there was left to do on the project, and what the consequences were if the road wasn’t ready when it should be.

NZTA doesn’t appear to share the confidence of those building Transmission Gully that the road will open by the agreed date of September 27.

The penalties for this have been clear for some time.

But in the same statement, Waka Kotahi also made the point the builder would need to meet certain conditions before necessary consents could be issued allowing the motorway to legally open.

It’s GWRC officials who will need to sign-off on these.

Waka Kotahi officials have even met with the regional council to discuss their “critical role” in the sign-off process.

The council’s resources have already been stretched dealing with the vast number of environmental incidents at Transmission Gully.

But assurances have been made that officials can respond as required for the sign-offs.

The onus is on the builder being ready with enough time ahead of September 27 for the regional council to undertake its assessments.

If it doesn’t, and the road isn’t legally allowed to open as scheduled, that’s not the regional council’s fault.

At the very least the environment deserves such care to be taken at the end of an excruciatingly hard road.