Home » World News » A case every six seconds: The mayor of Los Angeles warns of the virus’s rapid spread in households.

A case every six seconds: The mayor of Los Angeles warns of the virus’s rapid spread in households. 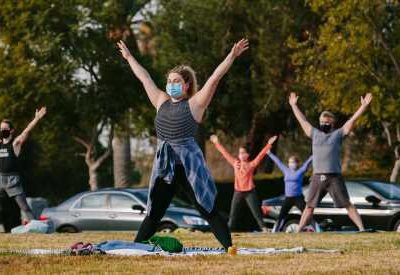 The latest surge of the coronavirus in Los Angeles County is infecting a new person every six seconds, Mayor Eric Garcetti of Los Angeles said Sunday. And it is accelerating exactly where people are least likely to be on their guard: in private.

Mr. Garcetti said on the CBS program “Face the Nation” that despite what California has done to limit virus transmission in public, including high compliance with mask-wearing and tight restrictions reimposed on businesses, large numbers of new cases were still being detected, including a recent average of 14,000 a day in the county.

“This is something now that really is spreading in the home,” Mr. Garcetti said, adding: “It’s a message for all of America: We might not all have the same density as L.A., but what’s happening in L.A. can and will be coming in many communities in America.”

There are more than twice as many Covid-19 patients in California hospitals now as there were a month ago, and many intensive care units in the state have been overflowing. At least four people in the state have been found to be infected with the new, more transmissible variant of the virus first identified in Britain.

And at the rate that immunization is going so far, the new vaccines offer little hope for quickly reining in the surge, the mayor said. “We are at a pace right now to deliver vaccines in L.A. over five years, instead of over half a year,” he said.

Mr. Garcetti criticized the Trump administration for failing to plan ahead by training more medical personnel to administer the vaccine, and for leaving it up to state and local governments to run a huge inoculation campaign without providing the resources needed to carry it out.