An accountant who crashed her car while over the limit on the day she was due to appear in court over another drink drive charge has avoided a jail sentence.

Paulina Gancarz was found slumped at the wheel of her Mini Cooper in a layby last month and breath tests showed she was five times the legal alcohol limit.

But the day she was due to appear in court, she crashed her car outside a Marks and Spencer store near her £300,000 apartment in Wilmslow, Cheshire. This time she was found to be three times the limit.

The 34-year-old has now admitted drink driving and failing to provide a specimen of breath but avoided a jail term after telling magistrates of her troubled home life.

Stockport magistrates court heard she was in the middle of an acrimonious split with her husband, which has cost her around £65,000 in lawyers’ fees.

Gancarz claimed her Polish mother – who had been looking after her seven-year-old daughter – had been ‘putting pressure’ on her because she disapproved of the divorce.

She said she had decided to get away from her mother by sleeping overnight in her car with a bottle of wine. 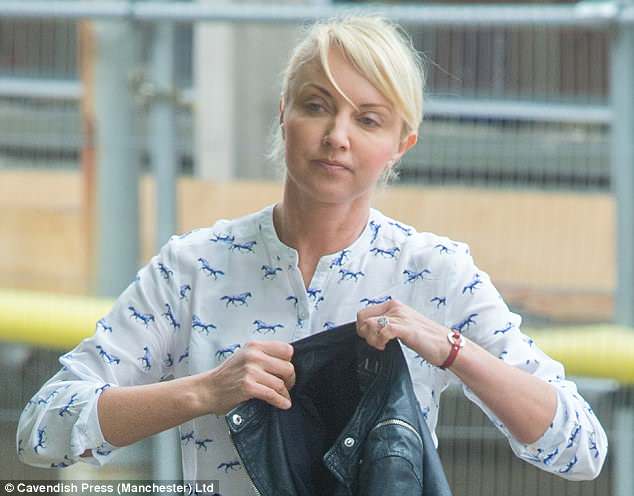 Describing the offences, prosecutor Miss Tina Cunnane said: ‘The defendant was sat in the driver seat of her vehicle when she was stopped by the police.

‘They asked her to participate in a road side breath test, which she complied with and blew a reading of 182mg in 100ml of breath [the legal limit is 35].

‘They asked her to come to the station to provide another specimen but she refused so she was charged with failing to provide a specimen.

‘The next offence occurred shortly after crashing her car, it was apparent she had been drinking alcohol. Security staff were made aware and contacted the police. On that occasion she blew a reading of 109mg in 100ml of breath.’

A probation report stated: ‘Mrs Gancarz… went through a difficult divorce some two years ago, losing a lot of money, and had spent £65,000 on solicitor fees.

‘Her parents are quite traditional. Things like when she was married, she was in a good position financially, they were more supportive yet when she was divorced the attitude of her parents changed a lot. She wasn’t coping very well.’ 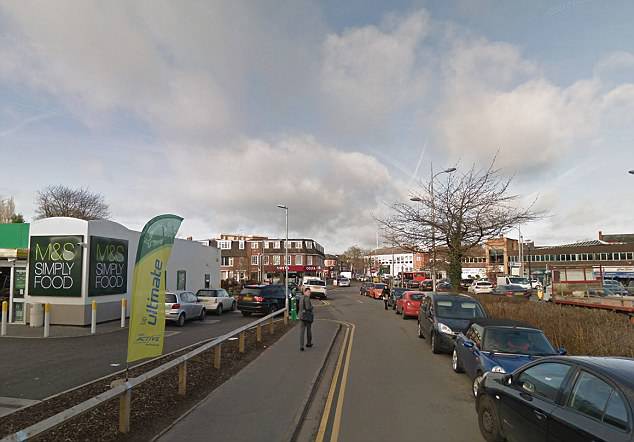 Gancarz crashed near this M&S in Wilmslow, Cheshire on the day she was due in court. Staff phoned police because they thought she was drunk. She then crashed into a bollard

The report added: ‘On the 14th she was going to go and buy a bottle of wine so that she could escape for a while. She parked in a lay-by in Wilmslow and there she said her intention was to drink the wine, sleep in her car and go home the next day.

‘She didn’t know it was an offence to be drunk in her car – but she now admits it was very poor actions. She accepts she was running away from her issues rather than facing them.’

Gancarz was also banned from driving for three years and ordered to complete a 12 month community order.

The court heard that, at the time of the second offence, Gancarz’s mother had returned to Poland, but her unwell grandmother was visiting. 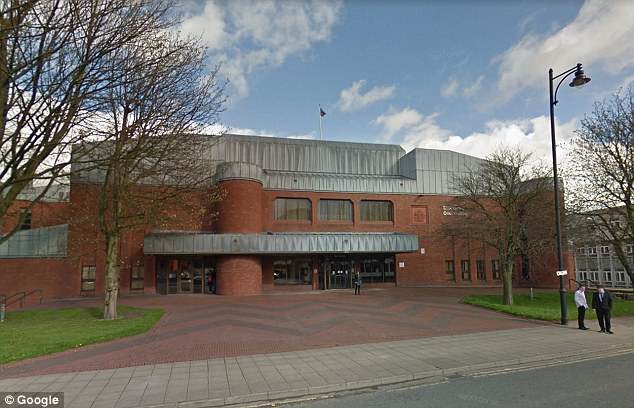 Probation officers said she had driven to buy a bottle of wine and staff at Marks and Spencer called the police.

The report stated: ‘She drove off and as she was driving away, she hit a bollard.’

The court hard Gancarz has been to Alcoholics Anonymous and is getting counselling for depression.

Gancarz’s lawyer Karen Rolls said: ‘She has been going through a difficult time and is finding it hard to cope. She has been coping on her own for just over two years. Over her divorce, her and her ex-husband, who is also an accountant, lost their business and lost a lot of money.’

Can you be prosecuted for being drunk in a stationary car?

Under English law, it is an offence to be ‘in charge of a motor vehicle on a road or other public place after consuming so much alcohol that the proportion of it in your breath, blood or urine exceeds the prescribed limit’.

This means people in cars while over the limit, even if they are not driving the vehicle at the time they are caught by police, can be prosecuted.

Even people who are asleep in a car while drunk can face court action.

Prosecutors and courts will take into consideration the following things before deciding whether to bring a case: