Actor ‘incensed’ after theatregoer complains about his disabled son An actor was ‘incensed’ after his disabled son who had come to watch him perform was forced to leave his seat because he was making too much noise.

Harry Boniface who has learning difficulties and can’t speak was told to leave the venue when audience members complained.

He had gone to the Swan Theatre in Worcester to watch his father Martin, 58, at a matinee performance of fairy tale musical Into the Woods.

The show features actors dressed as a cow and a wolf, and thrilled Harry made mooing or growling sounds whenever they appeared. 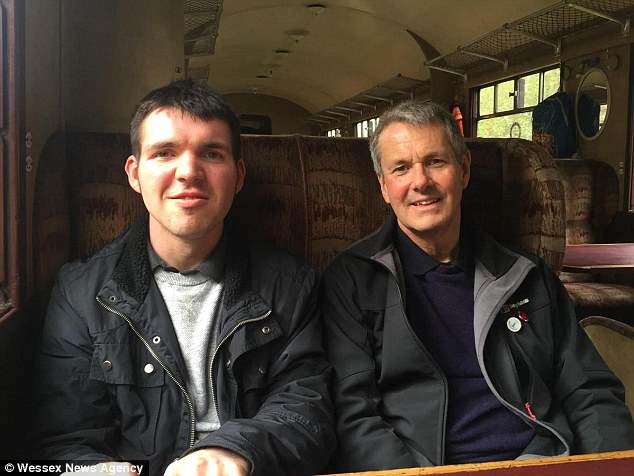 Harry Boniface (left) had gone to the Swan Theatre in Worcester to watch his father Martin (right), at a matinee performance of Into the Woods.

Mr Boniface, 58, said: ‘Harry has multiple and profound learning difficulties and can’t speak – instead he vocalises.

‘He was enjoying himself and was trying to tell the support worker what he could see going on.’

He said his son’s carer was ‘absolutely mortified’ when one woman began turning around in her seat to shush him as he watched his father on stage.

Mr Boniface, of Drakes Broughton, Pershore, Worcestershire, who was playing Cinderella’s father, said the woman ‘could have handled it better’ by speaking to staff, as there were spare seats elsewhere.

He said: ‘She was rude and discourteous. It’s such an out-dated attitude. It is a form of discrimination.

He said his son’s carer was ‘absolutely mortified’ when one woman began turning around in her seat (pictured, the inside of the theatre) to shush him as he watched his father on stage 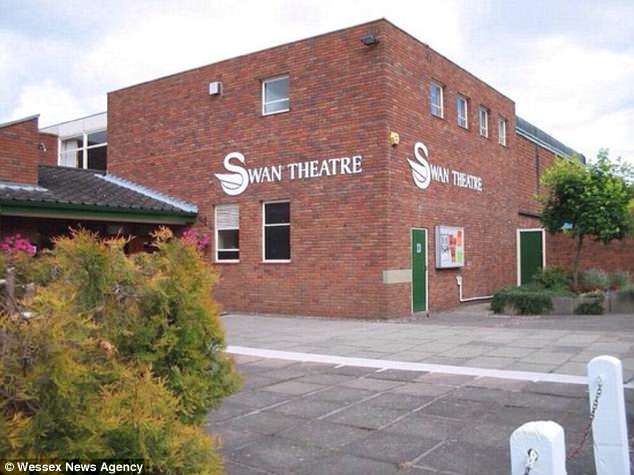 ‘For her to speak for the whole cast, on behalf of us – she had no right to make that sort of assumption. I was incensed.

‘Nobody was bothered, nobody was distracted, nobody felt disrespected.’

‘The support worker tried to explain but the woman just turned her back on her. She wasn’t interested and was very rude.

In the end, the carer, who was worried that other theatre goers were going to get upset, felt she had to leave with Harry.

Mr Boniface said the sounds he makes is how he ‘interacts with the world’ through a ‘combination of signing and noises.’

Harry’s aunt Elaine Ives and gran Pat Boniface were sitting with him and the support worker during the show.

Mr Boniface said the decision had been made to bring Harry to the Saturday matinee performance, traditionally held early in the afternoon, as it often attracts more children and is a less formal atmosphere.

He said: ‘As an actor, you know you are going to get a different atmosphere. We are seasoned enough to not get distracted.

‘In fact, throughout the week we had seen a number of people with special needs attend and thoroughly enjoy themselves.

‘It is great that we can bring pleasure to all people regardless of their circumstances.

‘This is no reflection on the Swan Theatre – the staff were in no way involved. They are a very inclusive organisation.

‘I look forward to the day when this attitude is a thing of the past and if the lady concerned is reading this, then perhaps it is her that should have left.’

Chris Jaeger, chief executive of Worcester Live, which owns the theatre, said ‘The Swan is a totally inclusive organisation and in these changing times we are extremely disappointed that a member of the audience should take such an unenlightened view.’

The play was put on by Worcester Operatic and Dramatic Society.