The Afghan army missed a Taliban target and hit a cattle market with mortars, killing tens of civilians, the United Nations has found.

The Taliban and Afghan military blamed each other for the attack in Sangin district, Helmand province, on Monday.

At least 23 people, including children, were killed and 15 people were injured, officials said. 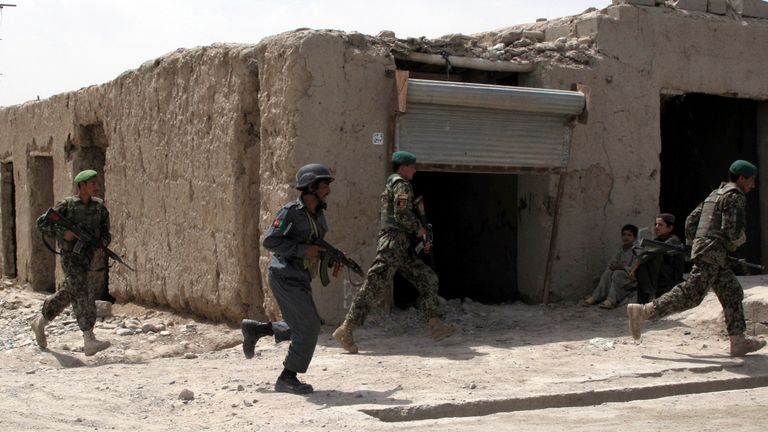 The area is under Taliban control, but spokesman Qari Yusouf Ahmadi denied the group was involved in the incident, saying the military fired mortars into the market.

An army spokesman said a car bomb and mortar shells were fired by the insurgents and that there was no military activity in the area on Monday.

The army also said two Taliban fighters were killed when a car bomb detonated in the marketplace.

However, an investigation by the UN’s assistance mission in Afghanistan (UNAMA) found that the Afghan army was to blame as it hit the market while responding to Taliban fire.

It urged both sides to “stop fighting in civilian-populated areas”, adding that indirect fire incidents on the ground in Afghanistan cause thousands of civilian casualties each year.

The statement added: “Dozens were killed and injured in Monday’s incident, including children Final number of casualties to be verified.”

The UN called on the Afghan government to set up an independent investigation team to look into the market incident.

“UNAMA is prepared to assist all parties, the victims and their families in establishing the fact,” it said.