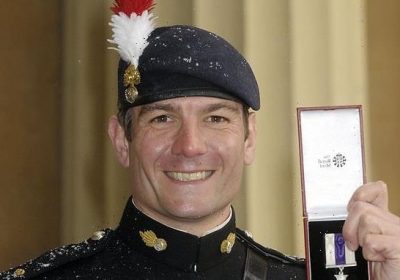 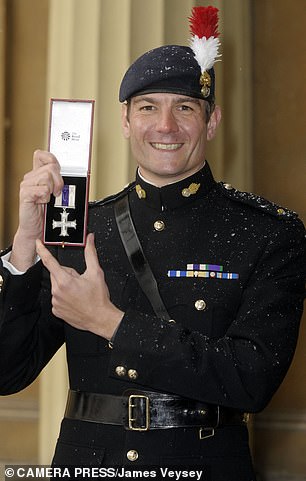 Brigadier Jo Butterfill, who won a Military Cross for leading his soldiers in battle against the Taliban in 2009, is under investigation for a suspected fraud

A senior Army officer decorated for gallantry in Afghanistan is being investigated over allegations he falsely claimed an allowance for boarding school fees.

Brigadier Jo Butterfill, who won a Military Cross for leading his soldiers in battle against the Taliban in 2009, is under investigation for a suspected fraud.

The Royal Military Police probe comes four months after an Army major general was jailed for 21 months for the same offence.

Maj Gen Nick Welch was the most senior officer to be court martialled since 1815. He was found guilty of dishonestly claiming £48,000 under the Continuity of Education Allowance (CEA).

And last month Lt Col Adam Roberts was convicted of fraudulently claiming more than £44,000 to send his children to boarding school.

The CEA allows children to remain at the same schools while their parents – one of whom must be serving in the military – are posted to different locations in the UK and overseas. It cannot be claimed if a soldier’s spouse is away from the military home for more than 90 days a year.

The scheme, which is open to all ranks across the Armed Forces, is strictly monitored by the Ministry of Defence.

An Army spokesman said last night: ‘We can confirm that there is an ongoing Royal Military Police investigation involving a senior officer and it would be inappropriate to comment any further at this time.’

Brig Butterfill is the commanding officer of the 12th Armoured Infantry Brigade based in Bulford, Wiltshire, where he has more than 1,000 soldiers under his command.

He was presented with his Military Cross by the Prince of Wales. He fought in Afghanistan at the height of the conflict in 2009, a year when 95 British soldiers were killed.

At the time he was a company commander in the 2nd Battalion, the Royal Regiment of Fusiliers. His company – A Company 2RRF – lost seven soldiers in battle against the Taliban.

Brig Butterfill was then a father-of-two. He was later awarded the OBE.