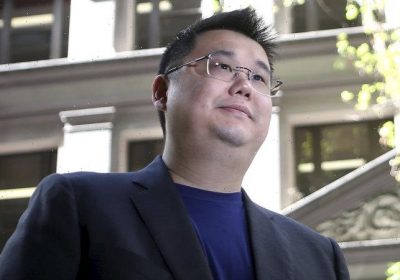 Liquidators investigating the collapse of Michael Gu’s $600 million iProsperity property group found at least $8 million of clients’ funds were moved to Crown Casino via company accounts. Mr Gu then either withdrew the money or used it for gambling.

Crown’s decision to call an inquiry into the allegations came within hours of The Age and The Sydney Morning Herald sending questions to the casino operator about the suspicious transactions. 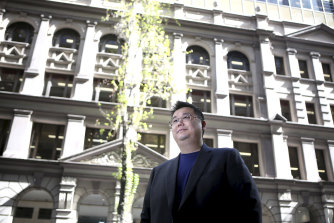 Michael Gu made a series of transfers to Crown casino.Credit:James Alcock

Sources familiar with the transactions said they had the hallmarks of money laundering, which involves a person trying to conceal the illicit origin of money that is stolen or earned via criminality. Passing dirty funds through a casino can make it appear as if they are the product of gambling, concealing their tainted origin.

Pressed on why Crown had not reported Mr Gu’s dealings with its Melbourne casino to the ongoing Victorian royal commission on the company’s suitability to hold a casino licence in the state, a spokesman said the matter would be addressed.

“We are treating this matter seriously and have immediately launched an investigation into the allegations. Crown will ensure regulators, the royal commissions and other relevant authorities are informed and updated as required,” Crown said in a statement.

The scramble by Crown to deal with the allegations came after The Age and the Herald confirmed Mr Gu had repeatedly transferred large sums of money from the accounts of property group iProsperity to accounts at Crown.

In a recent report to creditors, liquidator Cor Cordis has identified that at least $8 million was sent to a casino – confirmed by sources to be Crown – by Mr Gu or his business partner between August 2014 and May 2017.

The liquidator’s report also reveals Crown and Mr Gu were in email contact and that tax authorities had separately questioned iProsperity about its dealings with casinos.

Mr Gu fled the country last August amid allegations he dudded investors by claiming to be buying a portfolio of Australian commercial property worth hundreds of millions of dollars. The iProsperity group collapsed in July 2020 owing creditors $325 million.

Company records show the Lamborghini-driving Mr Gu took out $21 million in loans using company money in the years before his sudden departure to Los Angeles.

A further $1 million of company funds was used to purchase Vanuatu passports through the Pacific Island nation’s visa program; other company money was used to buy luxury vehicles including a Rolls Royce Wraith.

While primarily headquartered in Sydney, iProsperity had extensive Melbourne operations including a large office at 120 Collins Street. iProsperity was one of the biggest players in Australia’s significant investor visa scheme, a government-run program that fast-tracks residency visas for offshore citizens and is popular with wealthy Chinese people.

A lawyer representing iProsperity investors has compared Mr Gu’s actions to Christopher Skase, a businessman who became one of Australia’s most wanted fugitives after he fled to Spain to live a life of luxury when his business empire collapsed.

The casino’s dealings with Mr Gu are just the latest in a string of scandals and inquiries enveloping Crown Resorts, first revealed in a 2019 expose by The Age, the Herald and Sixty Minutes into Crown’s ties to organised crime and money laundering.

The Victorian royal commission is examining Crown’s use of an improper practice involving accepting credit card payments in exchange for gambling chips through the hotel desk at its Melbourne operation. The casino has already conceded the practice probably involved money laundering, and that the total value of payments could be more than $160 million.

The commission has also scrutinised the casino’s handling of problem gambling and suspect tax practices.

However, it is unclear whether the royal commission will have adequate time to consider other questionable activities, such as its dealings with Mr Gu, given its reporting deadline of October. Public hearings in Victoria’s Crown royal commission are due to conclude on Friday.

In 2019 Crown’s board responded to questions about its links to organised crime and money laundering by publicly attacking journalists in a series of advertisements and denying all wrongdoing.

The company’s response on Friday, to call an immediate inquiry and alert authorities, indicated a dramatic change in approach.

Crown not only acknowledged the latest allegations were “serious” but stressed the company was still working hard to fix company-wide deficiencies.

“Crown’s executive chairman Helen Coonan and the board are continuing to implement sweeping reforms across the organisation to improve compliance, governance and culture,” the Crown statement said.

“Crown will continue to act on any changes necessary to ensure Crown is a company with the highest standards of corporate governance and broad respect for its social licence.”

In a separate development involving the company, The Age and the Herald can also reveal that Todd Nisbet, who was the third most powerful executive at Crown, left the organisation last week.

There has been an exodus of executives and directors from the company since the NSW inquiry concluded.