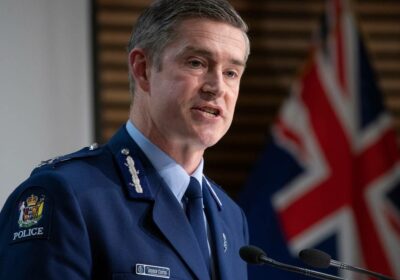 Police are extending a six-month operation aimed at cracking down on gangs and organised crime after seizing almost 1000 firearms, nearly $5 million in cash and arresting 800 people.

Operation Tauwhiro launched in February as a national programme under Police Commissioner Andrew Coster, who has today announced the operation will run for a further six months.

“The operation is also reducing harm by removing firearms from criminals and preventing them from getting firearms in the first place.”

Since the operation began, 987 firearms have been seized, $4.99m in cash has been recovered and 865 people arrested as of August 27.

The operation has been a combined effort from police, gun retailers, gun clubs, firearm licence holders and government agencies, with the aim to “shut down the diversion of firearms” from legitimate ownership to criminals.

Police have also worked with communities to reduce the effects of gun crime on whānau and communities – as part of an organised crime strategy launched in January.

In July, police joined around 100 people from the Māngere community in South Auckland to discuss solutions to gang tensions and gun-related crimes in the area.

In rural communities, police said they have worked with local providers to educate the public about safe firearms use, ownership and responsibilities, and “to ensure people who are living in more isolated communities who may be suffering from addiction can more easily gain access to the right services for themselves and their whānau”.

Police minister Poto Williams said the Government has “never been more active” in cracking down on gangs and organised crime.

“The success of Operation Tauwhiro shows the impact the Government’s record investment in police continues to have. We have the largest police workforce ever, with 700 additional officers alone to be focused on organised crime.

“Already, we’ve committed to introducing Firearms Prohibition Orders to protect the public from firearms harm, hitting gangs where it hurts – their pockets by amending the Criminal Proceeds (Recovery) Act to give the police new powers to seize assets from organised criminals, and seizing $500 million in cash and assets from gangs in the last four years alone.”

Operation Tauwhiro will continue until March next year.

Police encourage anyone with concerns about illegal possession of firearms in their community, or organised crime, to report online at 105.police.govt.nz, call police on 105, or report anonymously via Crime Stoppers on 0800 555 111 or www.crimestoppers-nz.org.