Andrew Gwynne: Labour has ‘not done enough’ to tackle anti-Semitism Corbyn ally admits Labour has ‘not done enough, quickly enough’ to tackle anti-Semitism amid fears the scandal will harm the party’s chances in local elections

Andrew Gwynne scrambled to insist the party is finally taking the scandal seriously, amid warnings it threatens to harm the party’s chances ahead of local elections this week.

The shadow communities minister, who is masterminded the party’s election campaign, said he is determined to ‘root out’ anti-Semitism.

Meanwhile, John McDonnell suggested the Labour anti-Semitism scandal could in the long run be a good thing as it has highlighted the issue of the abuse in the community at large.

And as he dismissed suggestions made by other key allies of Mr Corbyn – including union baron Len McCluskey – they are being used to ‘smear’ the leader. 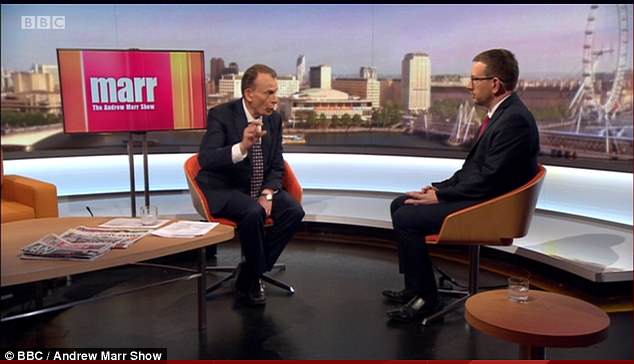 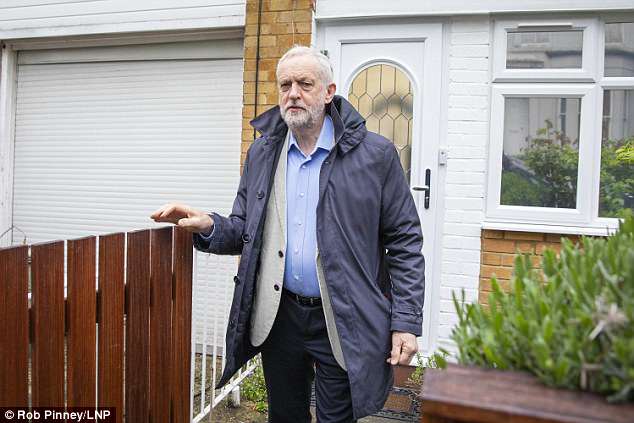 He told the BBC’s Andrew Marr show: ‘Let’s be clear: we have to make progress on this.

What are the anti-Semitic incidents in Labour that have reached a crisis under Corbyn’s watch?

‘We’ve not done nearly enough quickly enough, and that is recognised across the Labour Party, its recognised by our new general secretary Jennie Formby.

Labour has been dogged by claims of anti-Semitism since Mr Corbyn became leader in 2015, and MPs who have spoken out have received death and rape threats and threatened with deselection.

And there was fresh anger last week after a meeting between Mr Corbyn and Jewish leaders ended in disappointment as the Labour leader ‘shrugged’ when confronted over his inaction and refused to take up their demands.

Mr McCluskey’s  – the boss of Unite and dubbed ‘red Ledn because of his left-wing views – claim Labour MPs were ‘polluting’ the leader’s efforts to tackle the problem.

He said people needed to ‘acknowledge that there is an issue of anti-Semitism on the left of British politics’.

‘It’s not just something that affects the right of British politics – there is an element in the left. It is a small element.’

Mr McDonnell, the shadow chancellor and one of Mr Corbyn’s closest ally, suggested the anti-Semitism scandal has a silver lining – as it shines a light on the abuse more widely in society.

He told Sky News’ Paterson on Sunday: ‘I think as a community we might come out strengthened from this because it has highlighted the issue of anti-Semitism…

If any good is going to come out of this, and certainly it’s about cleaning up the act of the Labour Party, but more wider than that, tackling it in society as a whole.’

Last week female Jewish Labour MPs rounded on Mr Corbyn in the Commons as they told movingly of the abuse they have suffered after speaking out about anti-Semitism. 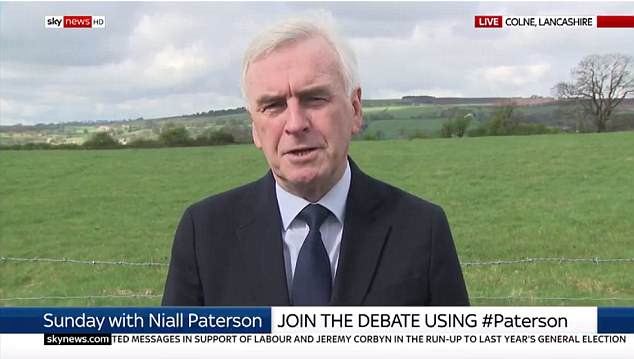 And in a remarkable show of solidarity, around 50 Labour politicians escorted her across Westminster to give evidence to a disciplinary hearing on anti-Semitism last week.

The MPs walked side by side with her so that she would not have to run the gauntlet of protesters outside who were chanting and branding her allegations a ‘witch hunt’.