Andrew ‘should be banished’ after Queen’s funeral, Prince William ‘insists’ 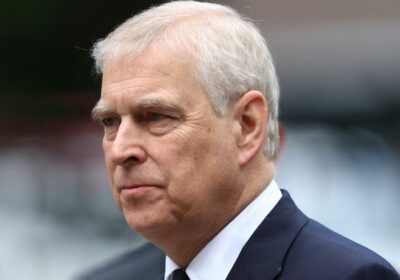 Controversial Royal Prince Andrew is set to be banished from the royal fold, if a source is to be believed.

Now that King Charles III is in charge, with Prince William next in line, it appears that the Duke of York will not be welcomed back into the fold in the same way his mother the late Queen Elizabeth II might have done.

Prince Andrew was forced to pay a £12million settlement to Virginia Giuffre, who accused him of sexually abusing her when she was 17.

The settlement was not an admission of guilt and Prince Andrew denies the allegations against him.

And, according to royal author Robert Jobson, he will not be returning to the family any time soon – despite being seen with Prince William and others on the day the Queen died (September 8).

“There will be no public role or comeback for York, if the Duke of Cambridge has any input on the matter – and let me assure you, he does,” a source told Jobson.

“He should be banished, as far as Prince William is concerned."

He was seen outside Balmoral earlier today (September 10) thanking well-wishers who came to pay tribute to the Queen.

But now with Charles in charge, he will have to decide whether to fund his brother’s lifestyle, as the Queen did.

Andrew is believed to have received an annual salary from the Queen’s £21million a year private Duchy of Lancaster income, according to PA.

The Duchy’s assets are held in trust for the sovereign, so are now under Charles’s control.

Questions will also be raised about Andrew’s home, Royal Lodge in Windsor Great Park, which is a Crown Estate property, and also houses his ex-wife Sarah, Duchess of York.

The duke signed a 75-year lease on the mansion in 2003, but could potentially receive millions in compensation for refurbishment costs he carried out if he gives up the 31-bedroom home.

There are also likely to be further calls for Andrew to be stripped of his dukedom, severing his connection to the city of York – something York officials have been calling for since the the settlement and saga first took place.

Andrew also remains in the line of succession, and is still a Counsellor of State.

Having not yet been kicked out, he will make an appearance at the Queen’s funeral, and is likely to be behind her coffin and join a vigil around it with his siblings while it lies in state.

He is likely to want to pay a public on-camera tribute to the Queen, just as he did for his father, the Duke of Edinburgh in 2021.

But Charles and William are expected to want the aftermath of the Queen’s funeral to signal the end of Andrew’s public appearances.