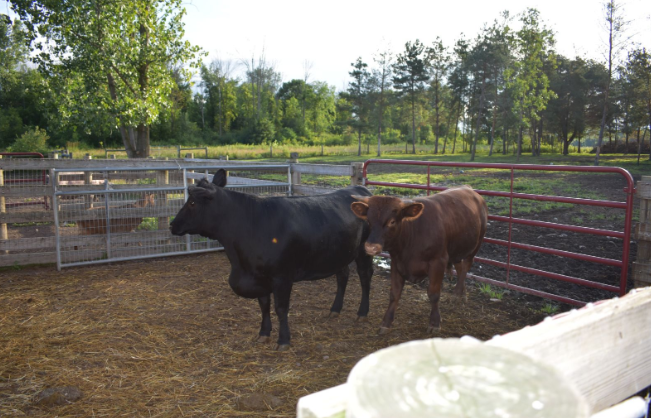 A New York animal sanctuary owner is facing a felony charge after officials say cows from a nearby beef farm strayed onto her property and she refused to return them to their owner.

“I still to this day don’t know how they got out,” Gregson, 43, said Wednesday. “The fence is in good shape and the gates were all locked.”

Gregson, whose property is about a half mile from Murphy’s animal sanctuary, said he learned his livestock were on the lam after receiving a phone call from the SPCA, who told him his cows were at the sanctuary and had been there for about five days.

So Gregson, who said he did not know Murphy at the time, visited her home early last week to get his cows.

“She asked if I had proof I was the owner, then told me to get off her property because I was trespassing,” he said. 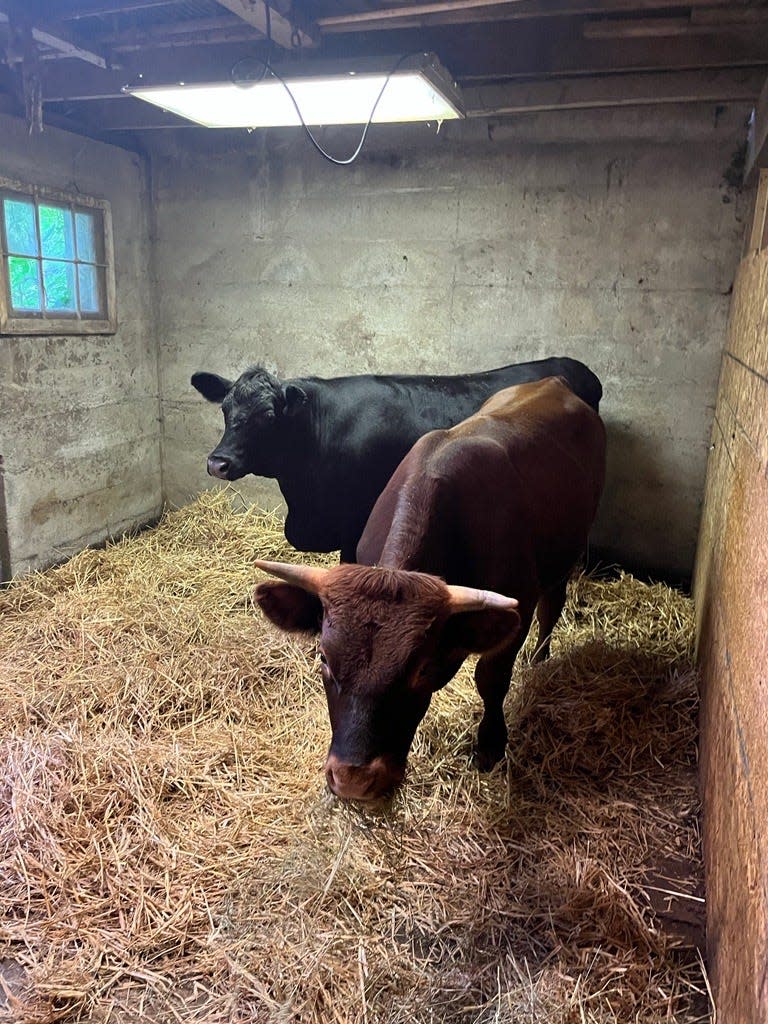 A refusal, a warrant and an arrest

On July 25, Lockport troopers, the SPCA and Gregson responded to Murphy’s property to retrieve the animals, troopers wrote in a news release.

But Murphy, troopers said, refused to give them back.

A warrant was then executed for Murphy’s arrest and the cows were returned to their owner.

After she was taken into custody, troopers said, Murphy was booked into the Niagara County Jail. During a court arraignment later Tuesday, she pleaded not guilty to the felony charge.

As of Wednesday, she remained free on bond, officials reported. If convicted of the crime, Murphy faces prison time.

Gregson said that after the cows were returned to the farm where he lives with his wife and children, they were taken to a secure location “for their and my family’s safety.”

“We are happy to have our cattle back,” he said. “We wish this would never have happened. We are a farm community and cattle get out … people tend to help one another when that happens.”

Murphy could not immediately be reached for comment by USA TODAY.

“I just want to thank everyone that is supporting our family through this difficult time.” Gregson said. “It is hard trying to explain to our young children what is happening.”

Natalie Neysa Alund covers trending news for USA TODAY. Reach her at [email protected] and follow her on Twitter @nataliealund.