ANTI-LOCKDOWN protesters are plotting to shut down the M6 and spark traffic jams with blockades.

Organisers of the protest have used social media to plan their actions, which are scheduled for December 3 – the day after the coronavirus lockdown ends. 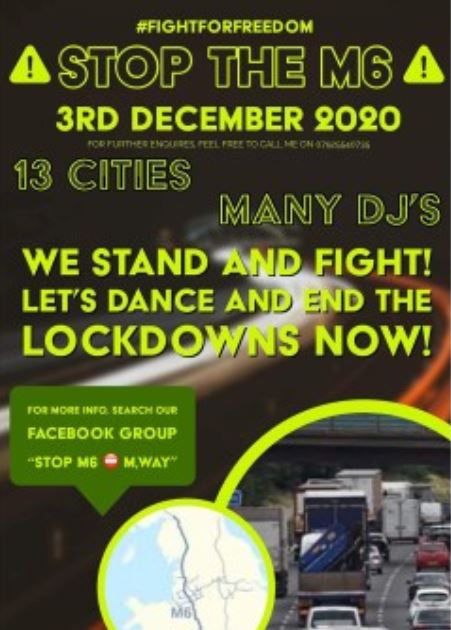 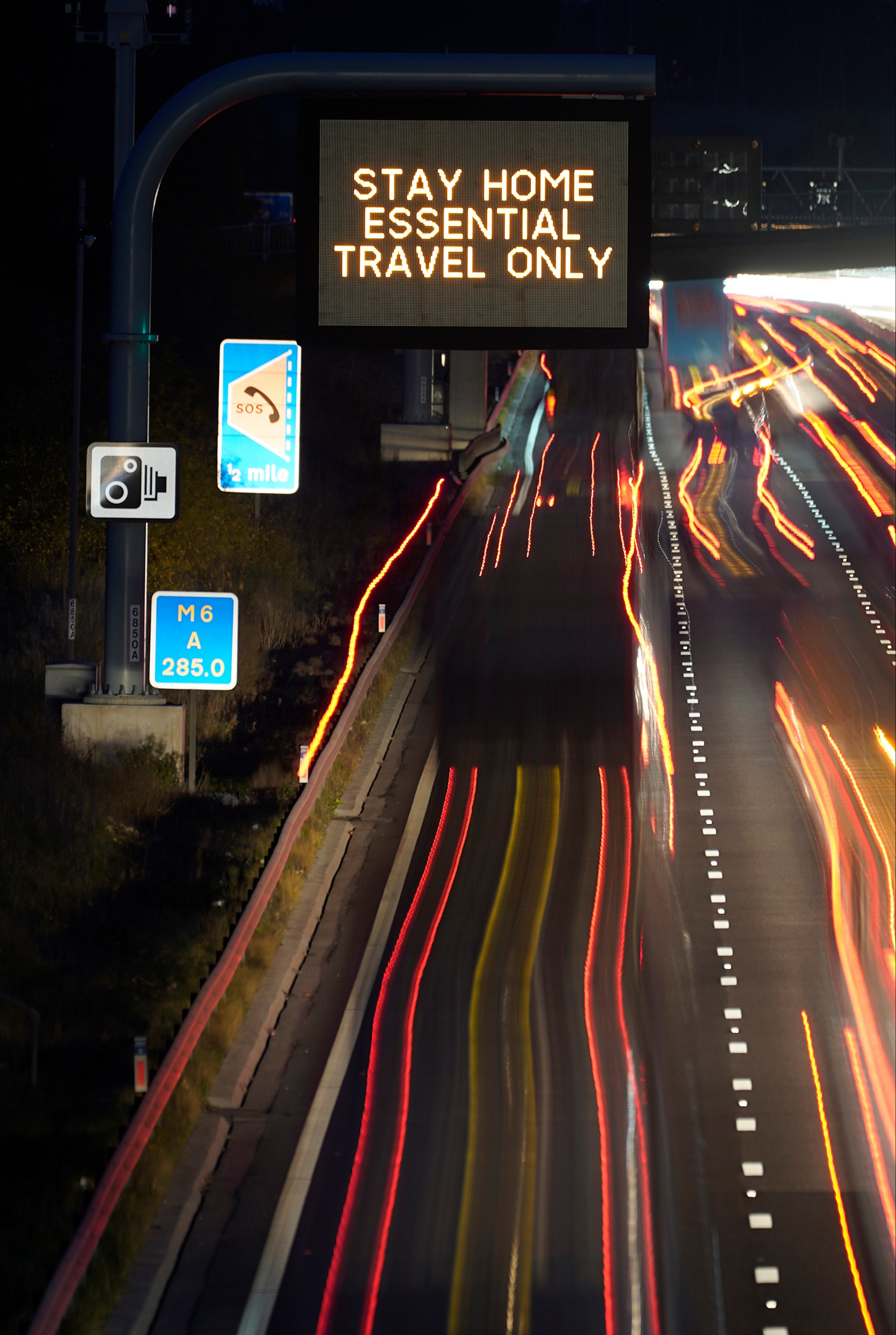 More than 2,000 people have joined a group on Facebook dedicated to the protest.

They have shared tactics for the day in the group and on messenger app Telegram.

The Facebook group's description reads: "We need to make the government stop these illegal lockdowns.

"We also need them to reform and do as we the people demand, we deserve a real, honest government.

"We need to beat cashless, we are free sovereign beings. Book time off work for December 3."

The group aim to disrupt the major route, which connects the North and South of England.

A flyer shared among the group reads: "13 cities. Many DJs. We stand and fight! Let's end the lockdowns now!"

Maps showing cities connected to the M6 have been shared among the group's members.

"We’re going to take the M6 down, the whole infrastructure, 334 articulated wagons up and down the M6 every day.

"As far as I’m concerned the Government has committed tyranny and if the people do not act, they themselves are committing tyranny.’"

Police are understood to be aware of the protests.

A Highways England spokesman said: "We will work with the police and our other partners to limit the disruption caused by any protest.

"We will do all we can do to limit the effect on travel and keep drivers on the move. Drivers can stay updated through our live traffic and incident updates via our website and Twitter feed."

Anti-lockdown demonstrators have taken to the streets on weekends after the latest restrictions were introduced earlier this month.

Last weekend, protesters clashed with cops in Bristol as Jeremy Corbyn's brother Piers was detained while the crowd chanted "shame on you".

At least 14 people were arrested – including one for assaulting a police officer – as pictures showed cops detaining a number of maskless protesters.

Mr Corbyn was led away by police after speaking at the protest.

He branded lockdown a "pack of lies" and warned of the "New World Order" – a common trope in conspiracy theories.

He also accused the Labour Party of "treachery" and said Labour is acting as they did "before Hitler got into power".

He tweeted before the event he would be attending as he urged people to "BREAK ALL LOCKDOWNS" in all caps.

Earlier this month, anti-lockdown and Million Mask protesters clashed with cops in London.

Hundreds of furious protesters gathered in central London and began marching up the Strand towards Trafalgar Square.

Many were arrested and had to be forcibly dragged off the street in dramatic scenes.

One demonstrator was left bleeding from his head while lying on the road. 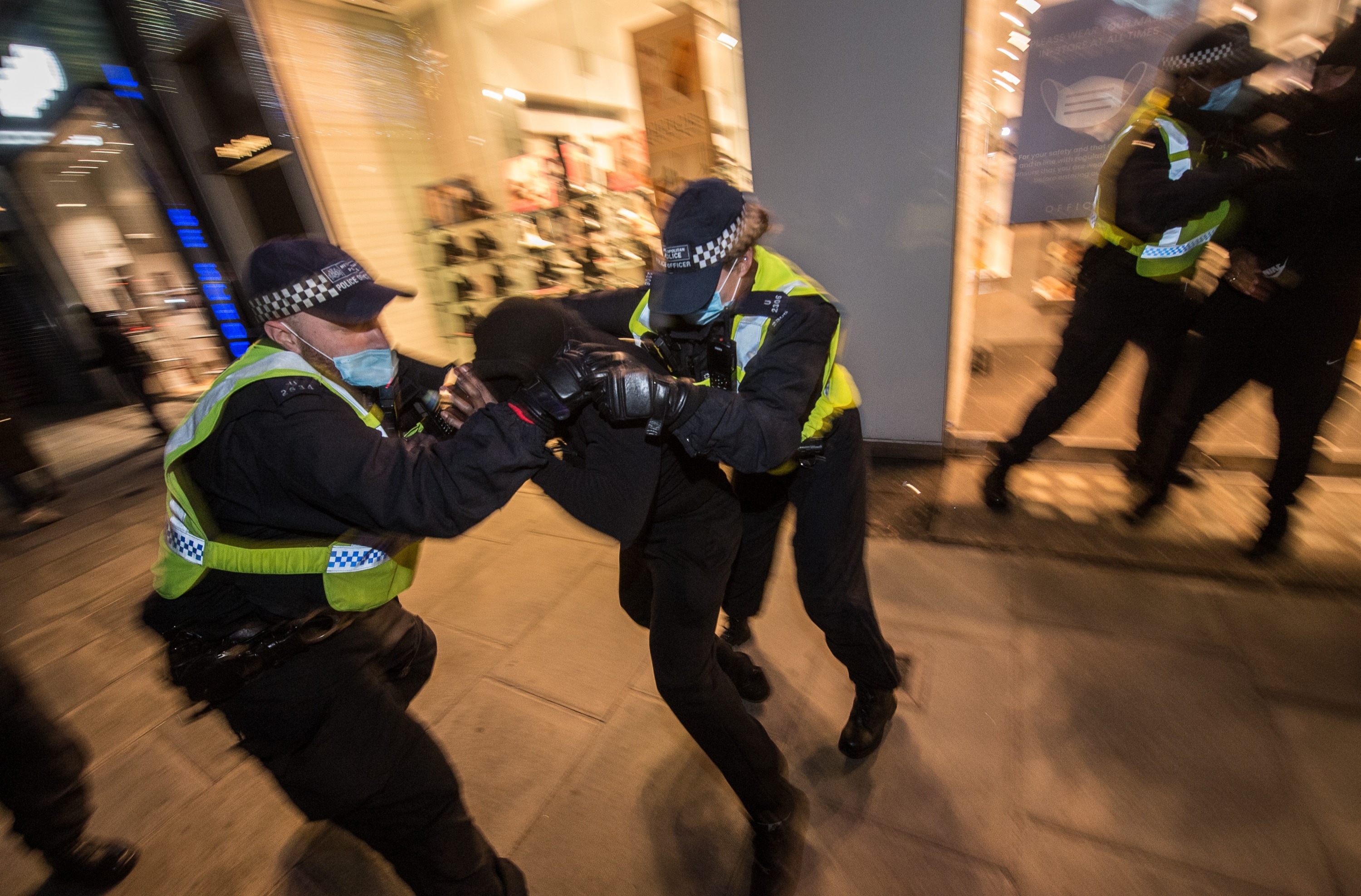 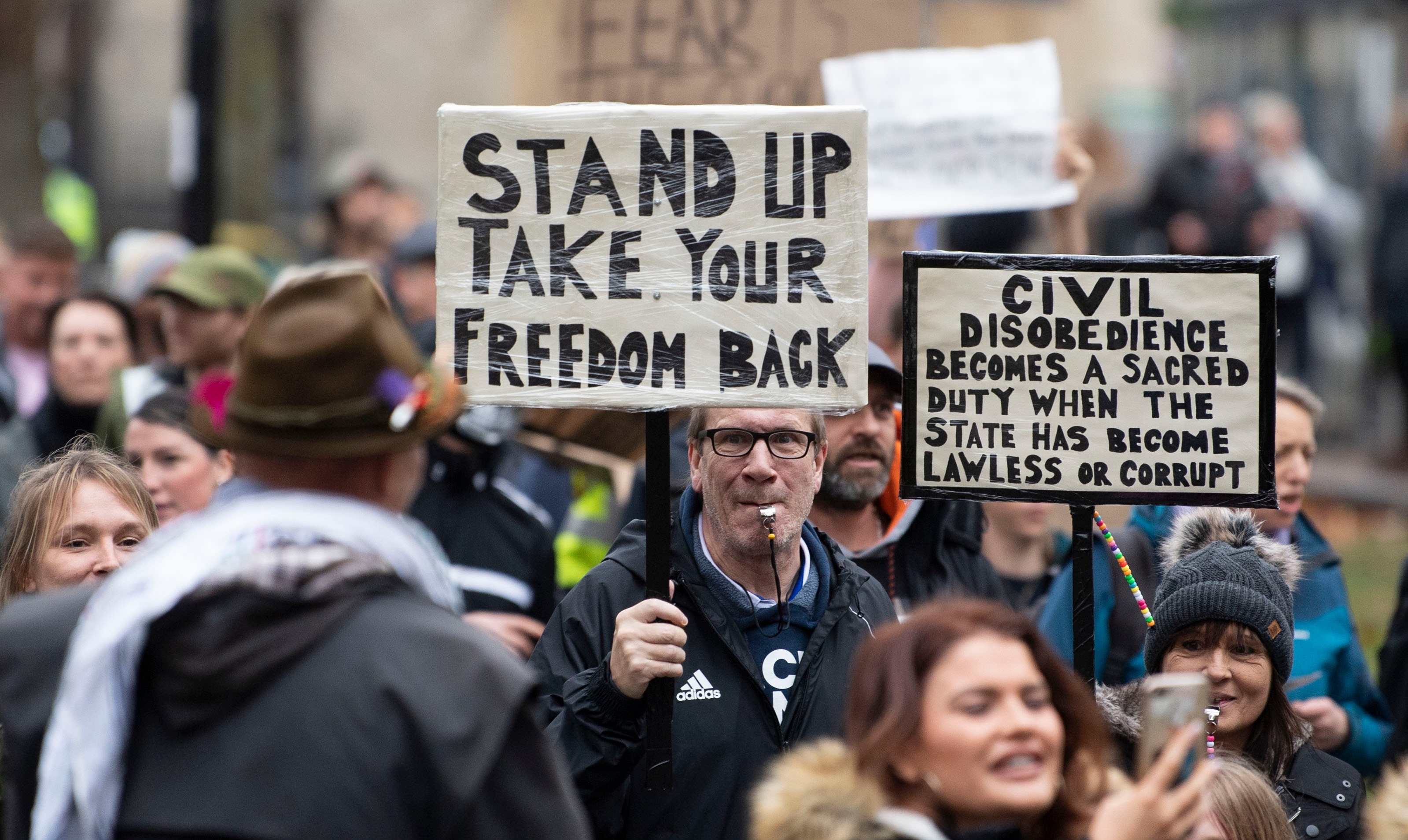 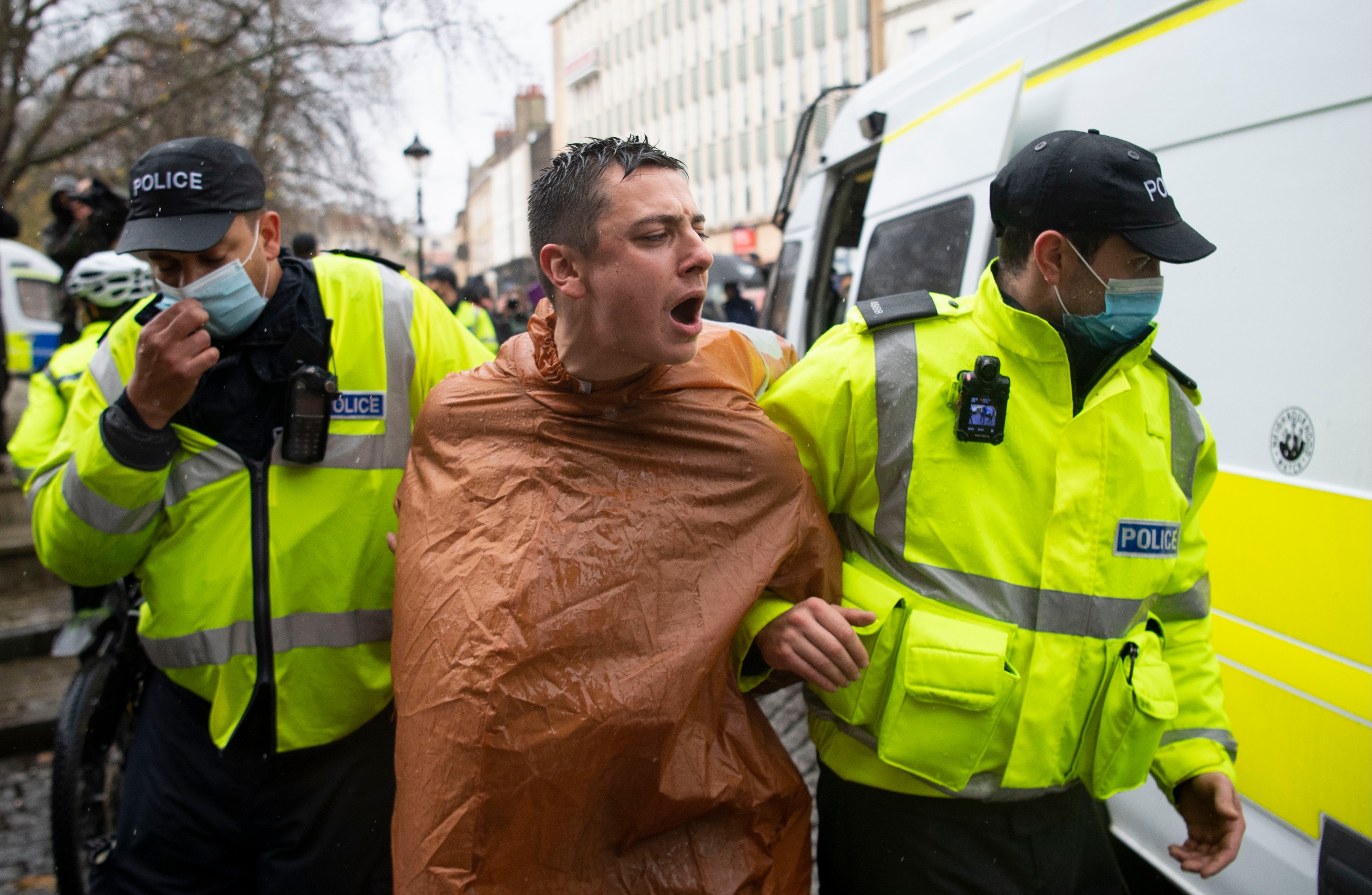