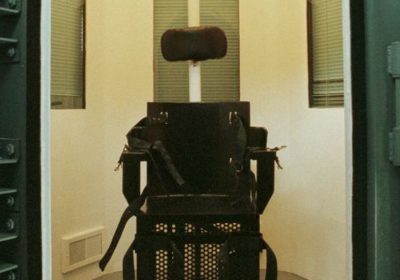 The hydrogen cyanide has cost the state over $2,000 as it attempts to push forward with the reintroduction of the death penalty.

The state purchased a solid brick of cyanide last year, costing over $1,500. The work has been made a priority as the state looks to resume capital punishment.

The gas chamber, based in the Arizona State Prison Complex, has been refurbished for the first time in 22 years, the Guardian reports.

Part of the renovations include the use of redeveloped hydrogen cyanide, which the Nazis used to kill 1.1 million people imprisoned in the Auschwitz-Birkenau and Majdanek camps between 1942 and 1945.

The last time the state used gas as a from of execution was in 1999, when Walter LaGrand was sentenced to death following a deadly bank robbery. The German national took 18 minutes to die by gas.

The death penalty itself hasn't been used in Arizona since 2014 following the lethal injection of Joseph Wood seven years ago.

The Republican-controlled state has been moving aggressively in an attempt to get the death penalty reintroduced with them spending an eye-watering $1.5m on a batch of pentobarbital in October, what they hope to be their new lethal injection.

Inmates on death row will be presented with two precarious ways to die, by lethal injection or by gas.

Following the refurbishment of the gas chamber, staff at the complex used old-fashioned safety checks to ensure the chamber was air tight.

The staff tested the chamber in August last year, with staff holding a lit candle next to the door and windows to see if gas was leaking from the room.

If the flame flickered gas was leaking from the chamber, if the flame remained still, the door and windows were air tight.

The list of prisoners currently on death row in Arizona currently stands at 115.

The process in which an inmate is killed using the gas chamber involves them being strapped to a chair in the centre of the room, dropping the sodium cyanide into a pot of sulfuric acid under the chair. This leads to the lethal gas being released.

Staff are told to wear gas masks as a precautionary measure when entering once the rooms safe to do so, and ruffling the hair of the prisoner to release any excess gas that may be trapped.

Lethal injection is often spoken as the humane method of capital punishment, however Arizona's botched job offers little-to-no-sense of a humane death.

The gas chamber that will use the redeveloped hydrogen cyanide is the same gas used to kill 1.1 million Auschwitz-Birkenau and Majdanek camps between 1942 and 1945.