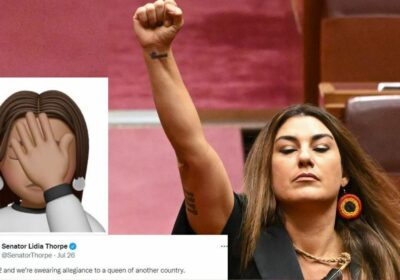 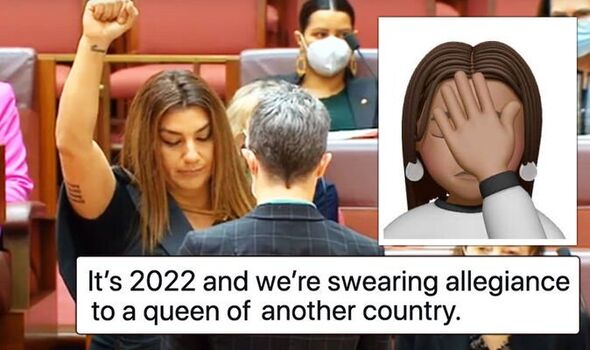 The Indigenous parliamentarian from the Greens walked towards parliament’s upper house with her right fist raised above her head in a Black Power salute. She then declared she would “bear true allegiance to the colonising Her Majesty Queen Elizabeth II”. Reacting to her statement, Senate President Sue Lines told Thorp that she was required to recite the affirmation as it is printed.

The affirmation is a form of the parliamentary oath that omits a reference to God and the 96-year-old Queen, who is still Australia’s head of state.

After a pause, Thorpe recited the affirmation correctly.

On July 26, the senator also commented on Twitter about the British sovereignty, by saying: “It’s 2022 and we’re swearing allegiance to a queen of another country.”

Commenting on the senator’s protest, Neil Gardiner wrote on Twitter: “Arrogant and hugely disrespectful towards the Queen.” 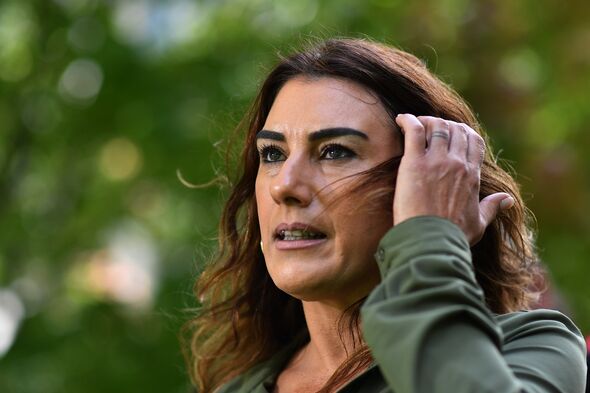 Thorpe is an Aboriginal Australian from the Gunditjmara people and she has been a senator since September 2020.

The 48-year-old retained her seat at a Federal election in May.

Previously, the senator has taken on activism by leading a campaign calling on non-Aboriginal Australians to voluntarily pay reparations on an individual basis.

Buckingham Palace spokespeople had no immediate response to a request for comment on Thorpe’s remark.

Australia’s Indigenous leaders have toiled for generations to win recognition for injustices suffered by their peoples since European colonisation began in the 1700s.

Prime Minister Anthony Albanese is seeking to make changes to the constitution to recognise Indigenous minorities and require governments to consult Aboriginal people on decisions that impact their lives.

On Saturday, he unveiled the wording of a draft question for a referendum as part of that plan.