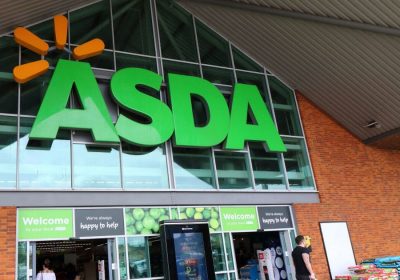 An Asda worker who was sacked after a customer complained she'd thrown a racist slur at them over their Asian heritage has claimed she was actually telling them off for panic-buying.

Samantha Doherty was given the boot after a row with a customer during the height of the coronavirus pandemic when panic-buying saw shoppers herding products like loo roll, pasta and rice in bulk.

The shopper complained to Asda bosses when Doherty told them: "We see this all the time with people like you."

When the mortified customer claimed Doherty's comments were in reference to their Asian ethnicity, Asda investigated Doherty's behaviour at a disciplinary hearing.

At the hearing, Doherty admitted throwing the insult at the customer and agreed her words could have been seen to be referring to their race.

Despite this, Doherty insisted her comments were only in reference to panic-buyers during the coronavirus lockdown and claimed the shopper was bulk-buying stock at the time of the row.

After being fired, she sued the supermarket giant for unfair dismissal, but her claim she was just having a go at panic-buyers was thrown out in court.

Employment Judge R S Drake said: "I noted that [Ms Doherty] could not establish that she made this context clear at the time of the incident nor during the disciplinary process.

"What mattered to the Respondent was the words actually used and the way they would be and were understood by the customer in question who raised a complaint about them."

The tribunal struck out the appeal, deciding it "had no reasonable prospect of success."