The mystery musician was filmed as he headed along the busy highway that runs between the island capital Palma and Inca. 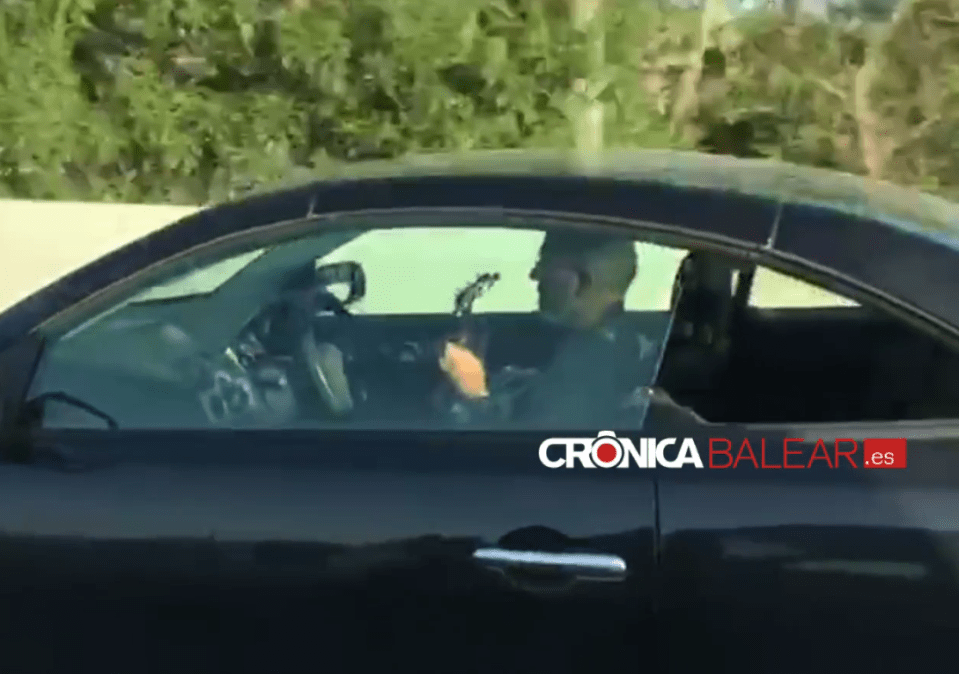 The video has shocked those on the holiday island who believe the man's actions put other drivers at risk.

The Spaniard filmed the scene as he drove behind and then alongside the Renault Megane – which has a UK numberplate.

He said: “An Englishman with the steering wheel on the other side, playing the guitar as he’s driving.” 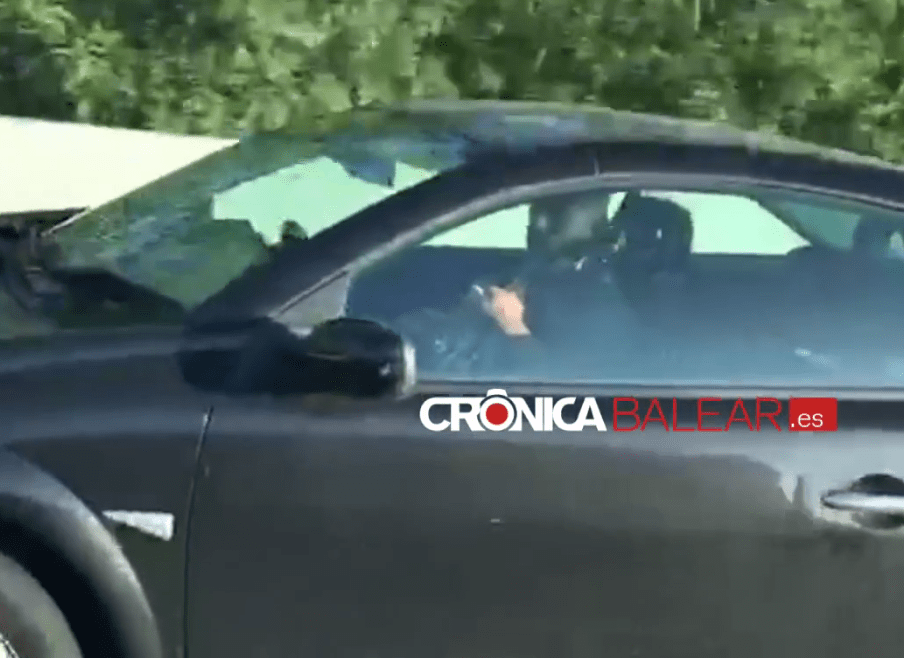 The clueless musician then takes his eye off the road as he realises he's being filmed.

It is clear from the footage that he is using both hands to play his guitar – and can only be driving with his knees.

However, it is not known if traffic police are aware of the outrageous video or have taken action to track down the daredevil driver.

Cronica Balear said: “We’ve seen all sorts of carelessness on the roads. Drivers using their mobiles, putting make-up on, map-reading, eating, and even drinking alcohol.

“Now in the Balearic Islands we can add this one to the list, an idiot driving while he plays his guitar.”

The behaviour of holidaymakers on the islands of Majorca has come under the microscope in recent years as the island fights back against drunken tourism.

Last week a middle-aged female tourist was filmed baring all at Palma Airport before a flight back home to a chillier climate.