At least one dead after earthquake rocks eastern Indonesia People rushed into the streets when the magnitude 6.5 earthquake struck. Authorities are still assessing the damage. 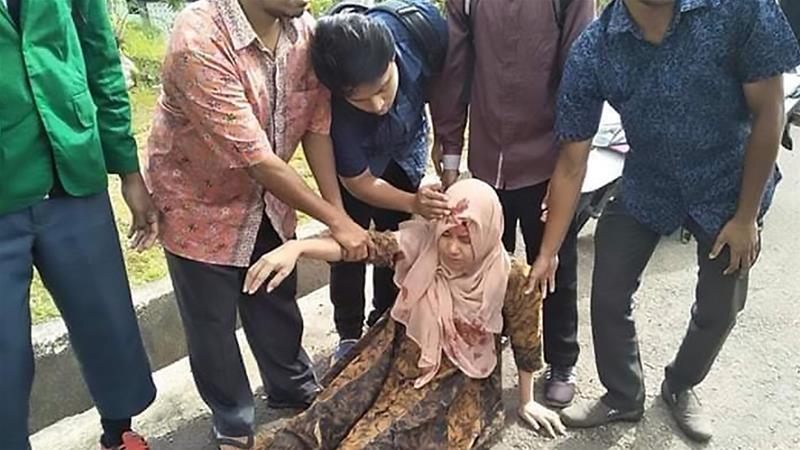 A strong earthquake destroyed buildings and triggered landslides in the Maluku Islands in Indonesia’s east on Thursday morning, leaving at least one person dead.

Terrified people ran into the streets as buildings fell in around them after the magnitude 6.5 earthquake hit at around 8:45 local time (00:45 GMT).

An official from the local search and rescue agency said one man died after falling off his motorbike while trying to flee to higher ground, while another person was missing after being buried in a landslide.

People in Ambon, a city of about 400,000 people and the capital of Maluku, were seen helping injured residents. Images showed wrecked homes with collapsed walls and rubble strewn on the ground, but the extent of the damage was not immediately clear.

“The impact was felt across Ambon city and surrounding areas,” said Rahmat Triyono, head of the earthquake and tsunami division at Indonesia’s Meteorology, Climatology and Geophysics Agency (BMKG).

“Many people were woken up by the shaking…it felt like a truck was passing by.”

Parts of a building at an Islamic university collapsed, local disaster official Albert Simaela told the Associated Press. Simaela said a main hospital in the city had also been damaged and the patients evacuated to outdoor tents in the hospital’s yard.

The earthquake was centred 37 kilometres (23 miles) northeast of Ambon at a depth of 29 kilometres (18 miles), the US Geological Survey said. 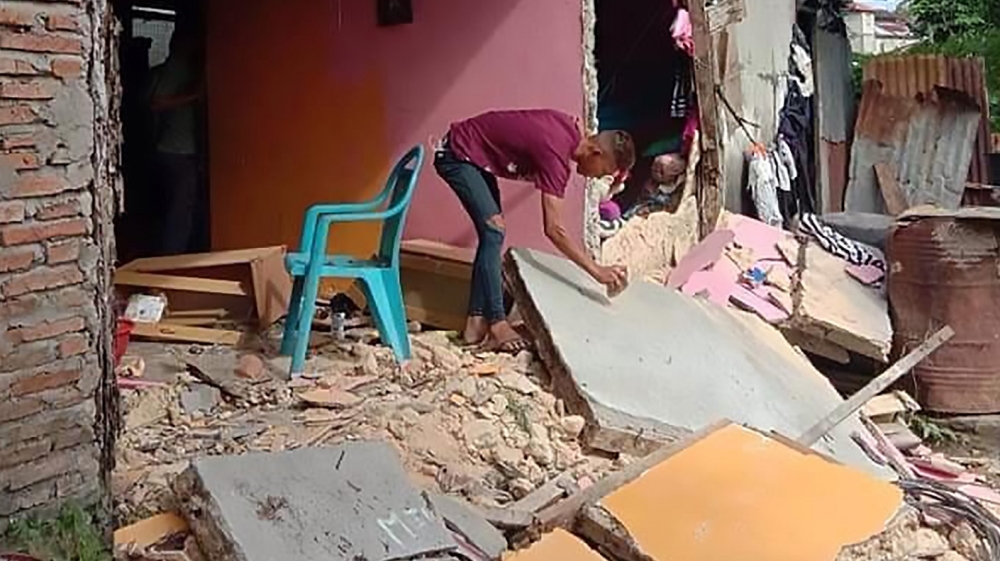 Triyono said the inland earthquake did not have the potential to cause a tsunami, but witnesses told television stations that people along coastal areas ran to higher ground in fear one might occur.

“The temblor was so strong, causing us to pour into the streets,” said Musa, an Ambon resident who uses a single name. He said there was no damage or injuries in his neighbourhood, but he said people on social media chatted about damage elsewhere in the city.

The national disaster mitigation agency said authorities were still gathering information about the impact of the earthquake.

With a population of around 1.7 million, Maluku is one of Indonesia’s least populous provinces.

Indonesia, home to more than 260 million people, is prone to earthquakes and volcanic eruptions due to its location along the “Ring of Fire,” the string of seismic faults around the Pacific Ocean.

A year ago, a magnitude 7.5 earthquake and subsequent tsunami in Palu on Sulawesi island left more than 4,300 people dead or missing.