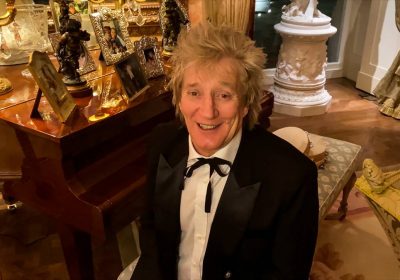 Tourism New Zealand paid $918,000 for the Rock the Dock event, aimed at using the America’s Cup to market New Zealand overseas, but would not say what portion went to the British star.

Auckland Council’s tourism arm Auckland Unlimited today said it partnered with Tourism New Zealand on Rock the Dock to add to its summer domestic marketing campaign for the cup and the Summernova Festival Series.

He said preliminary analysis shows Rock the Dock had an advertising value of $3.2 million and reached 123 million people through media, social media and TVNZ’s broadcast during the cup.

“The international audience who engaged responded positively and enjoyed the video and message.

Auckland Council poured $113.5m into infrastructure for the cup and last year reduced an extra budget to support the regatta and other events from $40m to $20m in response to a $525m revenue hit from the Covid-19 pandemic.

Tourism NZ’s marketing director Tony Rogers said Rock the Dock was part of the agency’s leveraging activity that brought New Zealanders together in a show of support for the teams and their fans around the world who were unable to be here.

He said Stewart was chosen because he has global appeal and a strong connection to New Zealand through his ex-wife Rachel Hunter.

“He’s always felt like New Zealand was a second home.”

Their two children were born during Stewart’s 17-year marriage to the Auckland model.