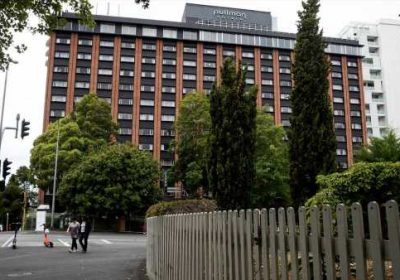 Health teams need to ensure theCovid community case in Hamilton is contained, while still pushing ahead at-pace with a review into why cases were escaping managed isolation, experts say.

Otago University epidemiologist Michael Baker said the troubles at the Pullman Hotel where five returnees had now tested positive after leaving managed isolation also highlighted the need to “turn down the tap” on infectious arrivals.

That would involve having returnees complete short isolation stints overseas before boarding flights to New Zealand or simply limiting the total number of arrivals allowed into the country.

“We are seeing huge increases in infected people turning up in New Zealand,” Baker said.

“We’re taking a lot more infected people than Australia is now by a factor of five on a per capita basis.”

It came as director of public health Caroline McElnay earlier conceded health officials were “scratching our heads” at the spate of returnees testing positive after leaving the Pullman.

The latest case – who the Ministry of Health yesterday confirmed tested positive in Hamilton – had been at the Pullman from January 16-30.

They had then spent five days isolating at home, having earlier returned three negative tests, the most recent being on February 2.

Because the person isolated at home and reported they had not been moving about in the community, McElnay said the public health risk was deemed “low and people in and around Hamilton should not be alarmed”.

“The first one is always the extent of the outbreak and controlling it – and that is always top priority,” he said.

“And it sounds like this is going to be a low risk event.”

That meant authorities could quickly return to the wider question about how these cases were being spread.

McElnay said there were 60 people left at the Pullman and the guests due to leave today were the final tranche.

But Baker said consideration should be given into whether it was wise to let them leave while the cause of the infections was still unknown.

That included whether the most recent case was a historical infection and they were no longer infectious, or whether they were infected before going into the Pullman and incubated the virus for longer than 14 days.

The third possibility was whether they were infected in the Pullman.

If the infection was picked up in the Pullman, genomic sequencing tests should help determine whether the latest case had the same Covid variant as the other recent cases, Wiles said.

If the variants were found to be the same, the next key step in trying to solve the puzzle would be working out the incubation periods between the cases to see if they were linked through a single transmission event or multiple transmissions.

Multiple transmission events would likely point to a weakness in either the Pullman facility or in New Zealand’s overall managed isolation system as the country battles to keep out the new more infectious strains of Covid.

Wiles said no system was perfect and that was why new safeguards were continually built-in, with the latest being anyone released from the Pullmanto isolate for five daysat home.

However, Baker said the recent infections highlighted the need to reduce the number of infected people arriving on our shores.

“It needs a very decisive approach to turning down the risk of infected people turning up in our MIQ facilities because it is a big strain and big risk we are putting on them.”

In recent opinion pieces, Baker and his colleagues pointed to how even in the outbreak in Victoria, Australia, that was eventually controlled, it still cost 800 deaths.

They also pointed to an estimate by Auckland Council’s chief economist last August that the city’s level 3 lockdown last year cost 250 jobs and $60-75 million in GDP each day.

That made it important to implement a system whereby returnees underwent a five-day pre-flight quarantine at an approved airport hotel facility potentiallyin travel hubs, like London, Hawaii and Singapore.

Wiles, meanwhile, said the recent cases acted as another reminder for Kiwis not to get complacent and to use the Covid Tracer app to track their movements