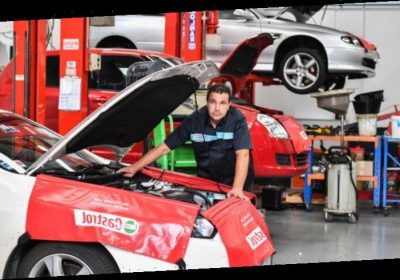 Mechanics are reporting lengthy delays for repairs as wait times for car parts blow out to up to five months due to supply shortages.

With COVID-19 fears leading many to shun public transport and a resurgence in road trips, a logjam of bookings is ratcheting up pressure on mechanics. 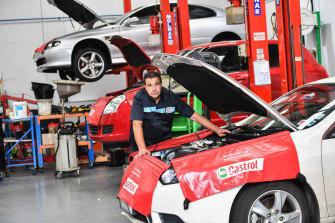 Luke Cefai, who owns Bosch Car Service in Ringwood, says it is taking him up to seven weeks to source some new parts.Credit:Joe Armao

New research by the Victorian‌ ‌Automotive‌ ‌Chamber‌ ‌of‌ ‌Commerce found around half of all repairers are experiencing delays of between one and three months for parts, with some items taking up to five months to arrive from Europe.

Oils, filters, tyres and other mechanical parts are in particularly short supply due to shipping delays and overseas suppliers halting production during the pandemic.

Luke Cefai, who owns Bosch Car Service in Ringwood, said it was taking up to seven weeks to source some new parts, and he was going to great lengths to find second-hand alternatives.

“If it’s a repair, they can keep driving but have to rebook, but if it is a critical component and the car won’t run, then you are stuck with storing the vehicle for that time.

“That space is money.”

Mr Cefai’s customers are also waiting longer for their car to be serviced, with wait times more than doubling from about five days to two weeks.

This is due to people falling behind on servicing during Melbourne’s lockdowns, shorter trips damaging the filters of some diesel cars and an influx of customers wanting to repair their second car so it can be used as an alternative to public transport. 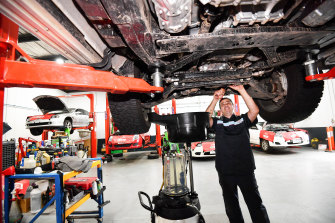 “It used to be referred to as a station car – they would drive down the road to the station and park it,” he said.

“Now they want to bring it up to a roadworthy, reliable level because a lot of people don’t want to be catching public transport.”

Research from the body, which represents the automotive industry, found that the delivery of new cars is now taking between seven and 10 weeks, up from two to three weeks before the pandemic.

“Every time we came out of any cycle of lockdown, people rushed out and bought new cars,” he said.

“They thought, ‘maybe we need to buy a new car because we’re not going on a holiday, we have some money.’ ”

He said used car sales had also boomed, with some prices skyrocketing 40 per cent in a year.

Families’ second cars are also being used more frequently as an alternative to public transport – a situation Mr Gwilyn said would age Victoria’s car fleet, increasing the number of older, dirtier cars on the road.

“Some of these cars will be cars that would have stayed in the garage or be taken to the recycler, but instead will have an extra year or two of life,” he said.

Research released earlier this year by Infrastructure Victoria found an additional 100,000 car trips could be squeezed onto inner-Melbourne roads every day as workers steer clear of public transport to commute to their offices.

Australian Automotive Dealers Association chief executive James Voortman said it was not known how long the delays would drag, as a global shortage of semiconductors and an earthquake in north-east Japan had further exacerbated supply issues.

“Consumers should communicate with their dealer and prepare to be patient, but should also place their orders for cars and schedule their vehicle service as soon as possible to minimise wait times,” he said.