Home » World News » ‘Back May or see Corbyn in Number 10’: Dire warning to Remainers

‘Back May or see Corbyn in Number 10’: Dire warning to Remainers ‘Back Theresa May or see Jeremy Corbyn in Number 10’: Dire warning to diehard Remainers as former minister says he’s sure customs deal is possible 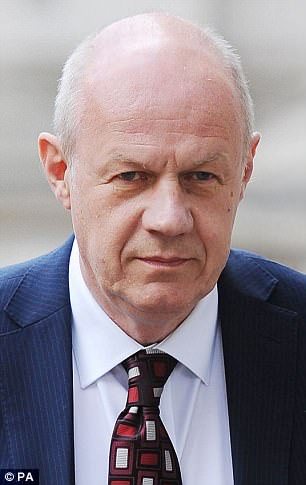 Former Deputy Prime Minister Damian Green has warned fellow pro-EU Tories they risk putting Jeremy Corbyn in No 10 unless they back Theresa May in the party’s latest Brexit crisis.

Mr Green, a leading Remain supporter in the EU referendum, spoke out amid claims by Brexiteers that the Prime Minister wants to water down plans to quit the EU Customs Union to protect UK trade.

Writing in today’s Mail on Sunday, Mr Green backs Mrs May and says he is confident she will achieve a compromise which satisfies both pro- and anti-Brexit Conservatives.

He says Britain will leave the Customs Union as Mrs May has promised, but that she will win a ‘customs arrangement’.

This would allow Britain and the EU to carry on trading freely and smoothly – and avoid fears of the return of a hard border between Northern Ireland and the Irish Republic.

Mr Green slaps down leading Remain supporters such as Tony Blair and Nick Clegg for ‘futile and damaging’ attempts to reverse Brexit and tells them to switch their efforts on winning a ‘good deal for both sides’. Mr Green says this didn’t mean that he had suddenly become a ‘hard-line Brexiteer’.

He says: ‘I want Britain to stay closely aligned to the EU on tariff rates, recognition of health and environment standards and the levels of border checks, because it is in Britain’s interest to do so.

‘As a Kent MP I am also concerned to keep lorries flowing freely through the Port of Dover and the Channel Tunnel. If they don’t, Kent becomes a lorry park, and life for those of us who live there becomes very unpleasant.’

There were bound to be more ‘blood-curdling’ threats from the EU as negotiations over the Customs Union continued, he says. But both sides would find common ground when ‘the crunch point came’ – just as they had in earlier stages of the talks on Britain’s Brexit ‘divorce’ bill and the transition period. ‘This happened throughout last year, and there is no reason to believe this year will be different. Doing a deal involves neither party getting their own way completely.’ 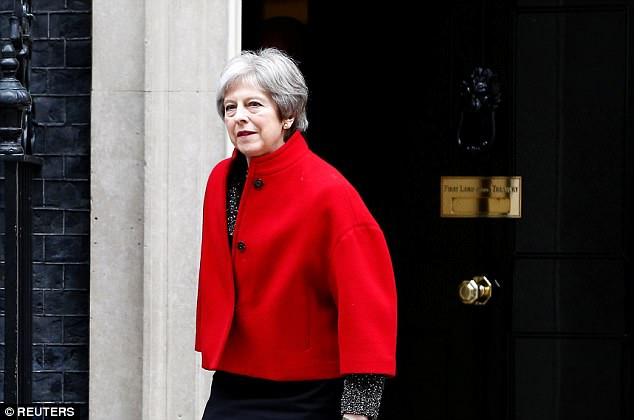 Mr Green says that Mrs May’s 2017 Election manifesto promised the UK would ‘no longer be members of the Single Market or Customs Union but seek a comprehensive free trade and customs agreement’ instead – and he says she will deliver it.

‘It won’t be the Customs Union, but it will be a mutually beneficial customs arrangement… another sensible compromise which will contribute to the success of the negotiations,’ he says.

Mr Green also issues a thinly veiled warning to hard-line Brexiteers who want to quit the Customs Union and turn the UK’s back on Brussels completely. A post-Brexit Britain could thrive he argues, but ‘maintaining close links with our neighbours will make a significant contribution to national success’.

Any Tory turbulence that undermined Mrs May would make the ‘national disaster of hard-Left Corbyn government’ more likely. ‘That would not just wreck our economy, but damage our whole democracy,’ says Mr Green.