Ahmad Shah, 29, was reportedly shot dead in the eastern Khost province while nine other journalists including AFP photographer Shah Marai died in a suicide bombing in the capital Kabul. 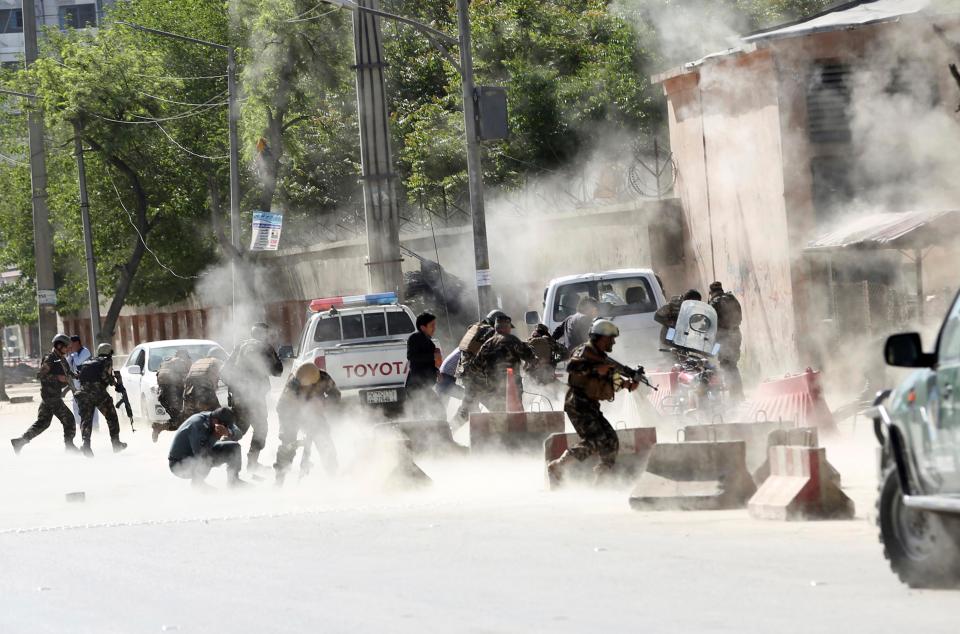 There were two different attacks in Kabul: Officials said the first bomber was on a motorbike while the second extremist arrived on foot 30 minutes after the first blast posing as a journalist with a camera.

AFP said Marai, their chief photographer, was killed in the second attack targeting a media scrum which had rushed to the scene of the initial suicide assault in the troubled city.

The bomber blew himself up while surrounded by reporters and emergency workers. 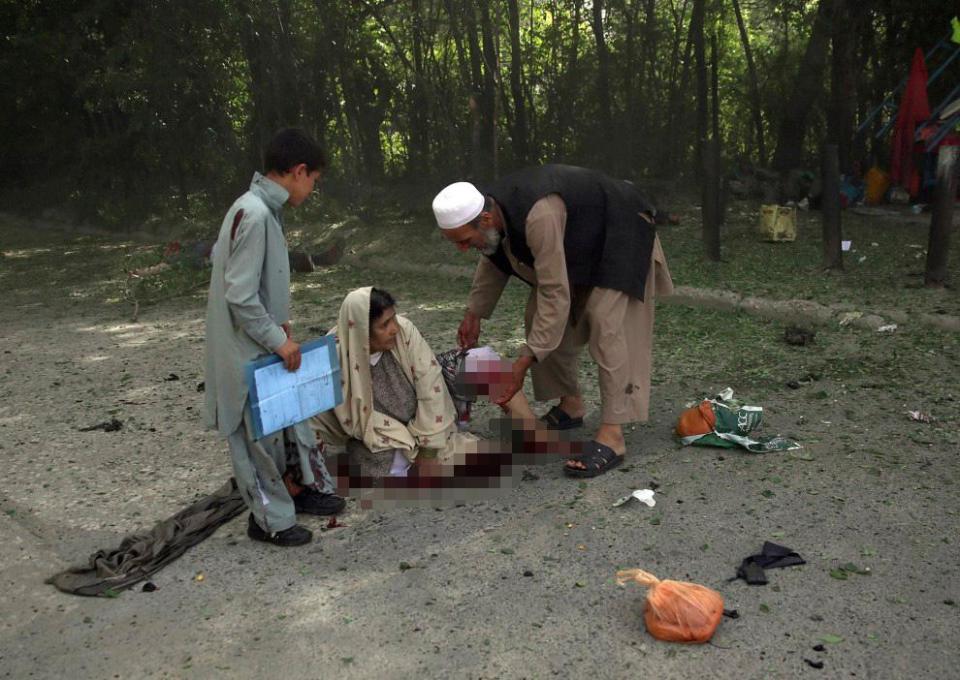 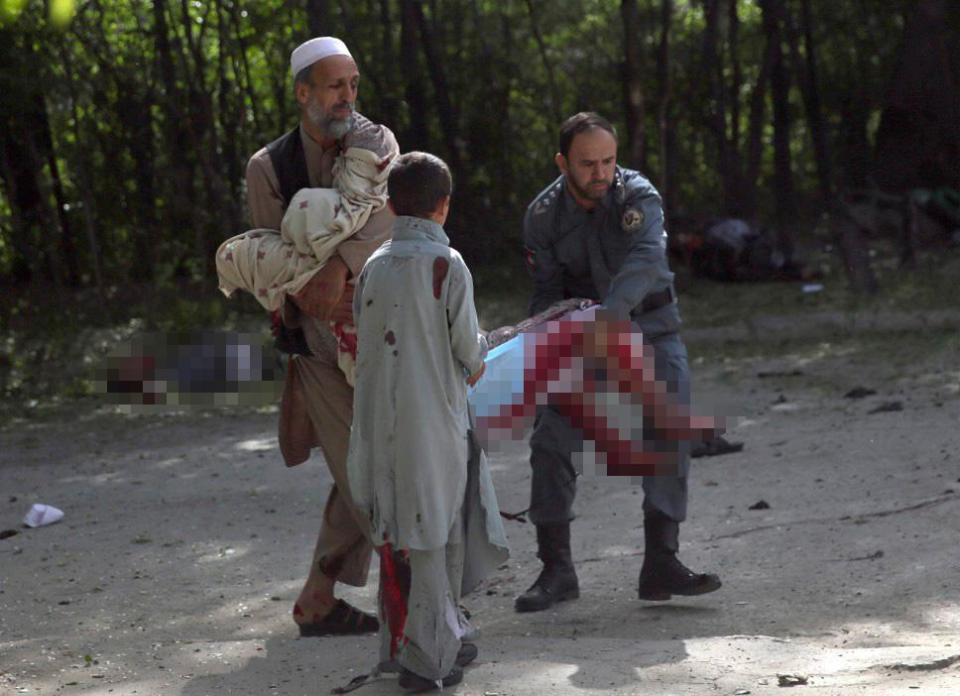 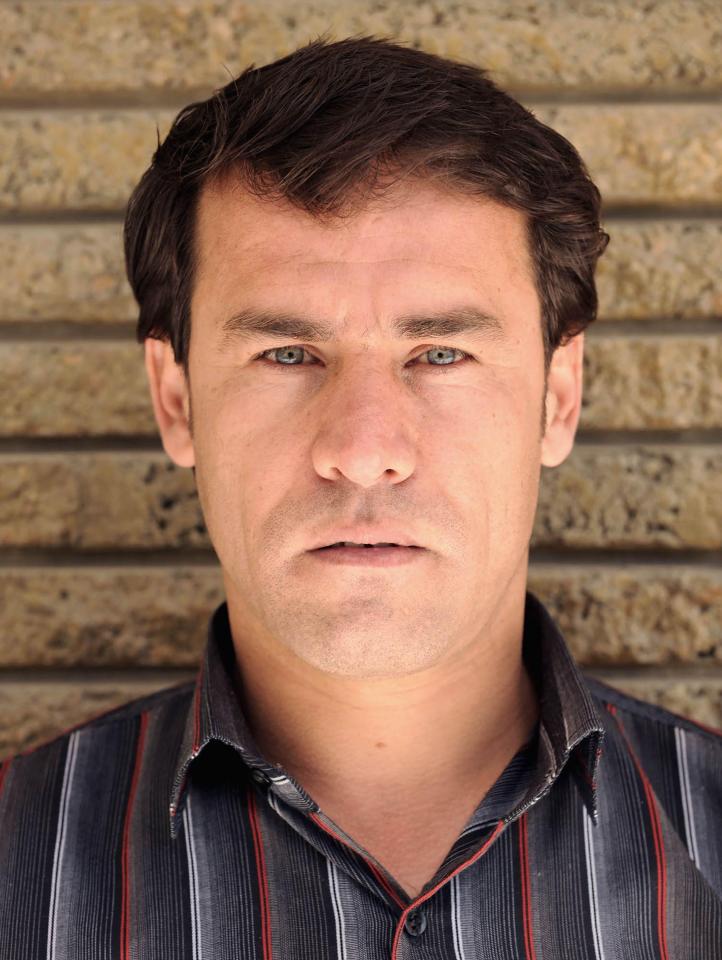 Pictures from the scene in central Kabul, some of which are too distressing to publish, show bodies of victims strewn across the road following the twin attacks.

A journalist from 1TVNewsAF was also killed in the blasts, according to reports.

Sediqullah Tawhidi, an official from the journalist safety committee, said that a cameraman form the local TOLO TV also was killed.

Media watchdog Reporters Without Borders says at least nine journalists were among those killed – including AFP snapper Marai, lost their lives in the attack. 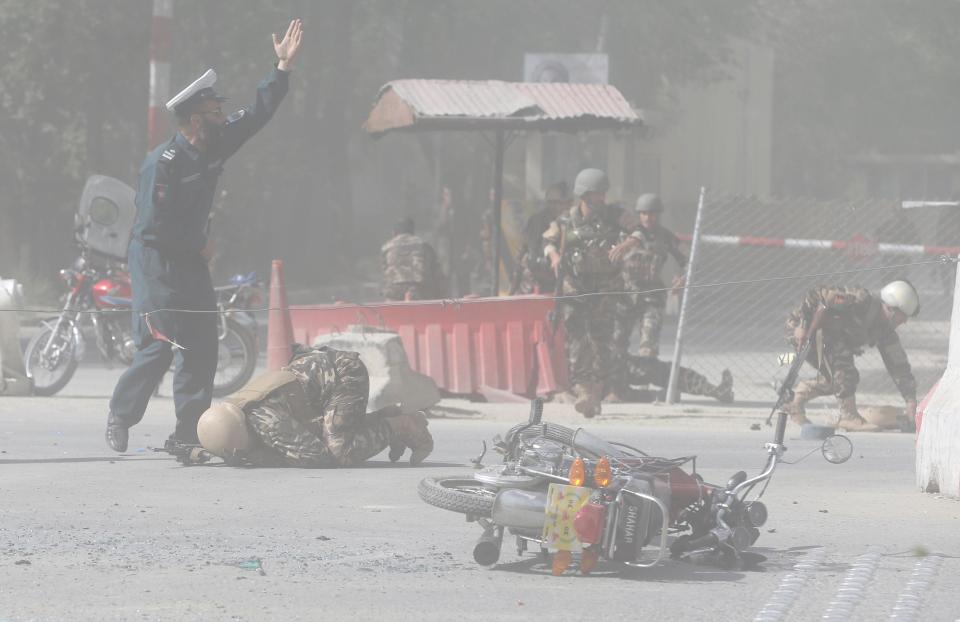 Mohammad Asim, chief of the Kabul ambulance service, said five people were killed and 11 were wounded in the initial blast.

Police officer Jan Agha at the scene of the blast the second blast also wounded two cops while officials said the central area of the city targeted includes foreign offices.

No one immediately claimed responsibility for the sickening suicide attacks.