Carol Kirkwood issued warnings that for the rest of the week the forecast will remain “really cloudy” with some rain at times. The meteorologist told BBC Breakfast viewers that it had been raining quite steadily through the course of the night. She noted that the majority of Scotland has seen quite a lot of rain in the weather with the north of the country staying dry.

Ms Kirkwood said: “For Northern Ireland, it’s a cloudy and a wet start as well.

“Some of the rain will get into northern England as we go through the course of this morning, where there’s also a fair bit of cloud.

“Then as we come to the south again, in through Wales and parts of the Midlands, we’re looking at a fair bit of cloud.

“But parts of East Anglia and the far south of England, especially southern coastal counties in the Channel Islands, will see the best of the sunshine first thing.” 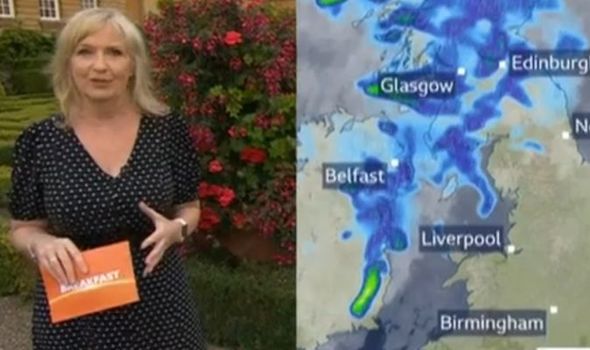 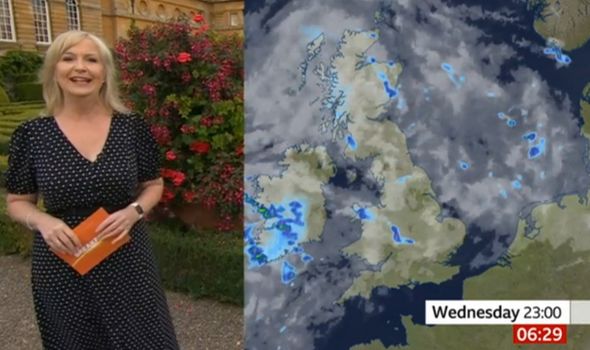 She continued: “It’s southern coastal counties in the Channel Islands that will hang onto the best of the sunshine for the longest period of time.

“Through the day, that rain pushes in towards the North Sea.

“Behind it, we’re going to be left with a lot of cloud and also some showers, particularly so in the west.

“Northern Scotland will be poking out from that with some brightness as well.” 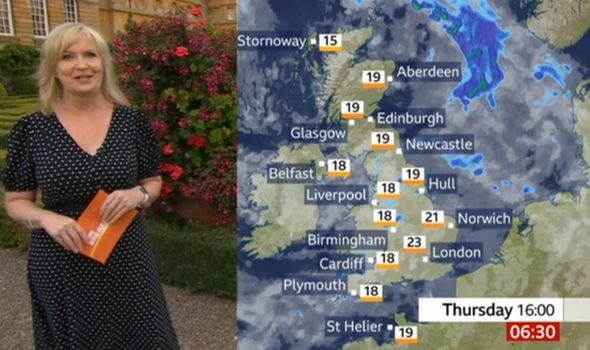 The weather presenter added: “With temperatures today, it’s going to feel a little bit warmer than it was yesterday for most of us.

“But if you’re stuck under the cloud and the rain, it will feel that bit cooler. 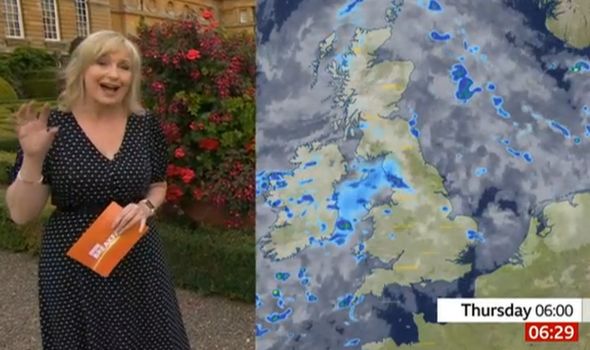 Ms Kirkwood told viewers: “As we head on into the evening and overnight period, we lose most of the rain and hang onto the showers.

“But we hang onto the rain across the far north east of Scotland.

“Temperatures falling again to roughly nine and 13 degrees, so not particularly cold with all this cloud around.

“Tomorrow that rain coming in from the Irish Sea will push steadily eastwards.”