The BBC Weather forecaster told viewers to be prepared for yet another wet and windy day today and warned tomorrow, a new front of bad weather will bring heavy showers and lightning. Carol Kirkwood said: “Tomorrow there is a greater chance of seeing some lightning. A windy day across England and Wales where the showers will move through quite smartly.

“But not so across Northern Ireland and Scotland so if you catch a shower, it could be slow-moving and indeed heavy.

“As we head into Saturday, after a dry start to the east we have the first front coming from the west, that’s going to introduce some rain.

“And then we’ve got an area of low pressure coming up from the south-west.

“This one is potentially a troublemaker.” 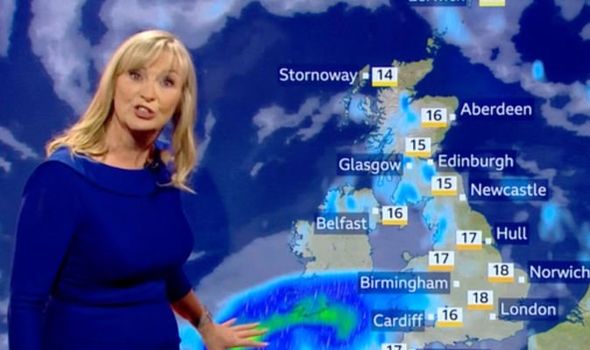 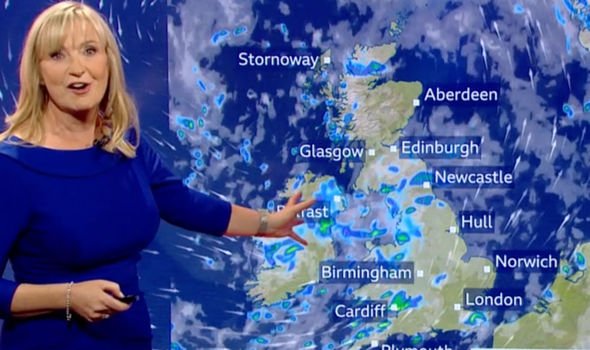 Despite this, the whole country is set to be hit by strong winds.

Mr Keates said: “For all of us its certainly going to be on the windy side.”

The strong winds will be accompanied by “heavy persistent rain” in the west of England and Scotland.

Things are looking to be a bit sunnier in central and southern parts of the country as the day goes on.

Mr Keates went on to describe how the temperatures will be fairly average at the start of the day.

He said: “Nowhere is it particularly cold for the start of Thursday”.

Despite this Mr Keates claimed there will still be wet weather throughout the day.

He said: “Through the day we will continue to hang onto the rain.”

Towards the north of England and parts of Scotland, there will be more strong winds and rain. 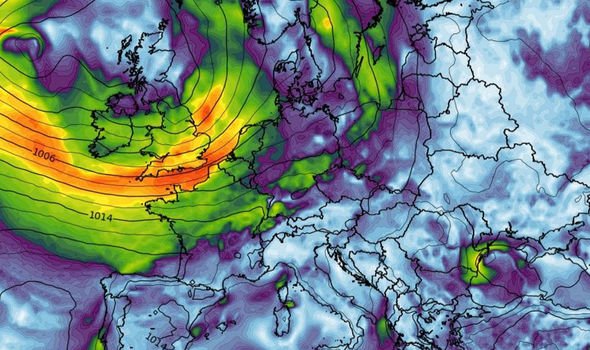 While Thursday will start off dry in the southeast of England, more rain will develop throughout the day.

Mr Keates claimed: “I think rain will develop there through the middle part of the afternoon.”

For the rest of the country, it will be a varied weather system with a mixture of rain and sunshine.