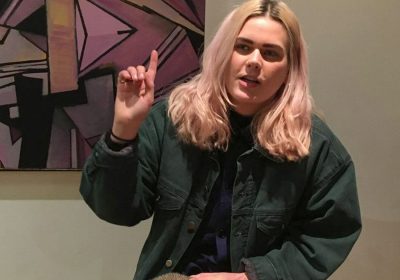 A "much-loved" woman was killed after sticking her head out of a train window travelling at 75mph.

Charity worker Bethan Roper was onboard a Great Western Railway train on December 1, 2018, before tragedy struck.

The 28-year-old, from Penarth in South Wales, was travelling back home after a day out Christmas shopping in Bath.

One of Bethan’s friends opened a window by a door and she decided to lean out.

Paying tribute, her dad Adrian previously said: "She was an avid reader, podcast listener and film watcher, with a deep insight into the world around her.

"She enjoyed life to the full whilst working tirelessly for a better world. She was also a much-loved sister, daughter, grand-daughter and niece.

"She was beautiful in every way. Our pain couldn't be sharper or more justified, but I know that her goodness and fullness of spirit will live on in our hearts and actions."

Mark Hamilton, an inspector with the Rail Accident Investigation Branch, told the inquest that the carriage was a Mk 3 type coach and fitted with an opening window to enable passengers to use the handle on the outside when they needed to leave the train.

"There is no physical feature fitted to the train to prevent a passenger opening the window when the train is away from the station," Mr Hamilton said.

Mk 3 coaches – first introduced in the 1970s – are being phased out across the network and being replaced by doors that open and close with the use of an electronic button.

Above the door window was a yellow sticker with the words: “Caution do not lean out of window when train is moving”.

The inquest heard that after the death of a passenger leaning out a window on a train in south London in August 2016, GWR completed a risk assessment of its droplight windows.

This resulted in a plan to install enhanced warning signs with a red background by May 2018, but this had not happened by the time Miss Roper was killed seven months later.

The signs were updated following her death.

Mr Hamilton said Network Rail, which is responsible for managing lineside vegetation, had carried out inspections of the section of line when the incident happened but the tree was "not deemed to be a hazard".

A post-mortem examination gave the cause of Miss Roper's death as head injuries.

Toxicology tests found she had a blood-alcohol level of 142mg in 100ml of blood, meaning she was nearly twice the drink-drive limit.

Miss Roper worked for the Welsh Refugee Council charity and was chairwoman of Young Socialists Cardiff.