MINSK/BRUSSELS (Reuters) – Belarusian President Alexander Lukashenko ordered his police on Wednesday to put down protests in the capital Minsk, signalling an escalation after a week and a half of mass demonstrations against his rule.

The European Union held an emergency summit on the crisis, rejecting Lukashenko’s re-election in a disputed vote on Aug. 9 and announcing financial sanctions against officials the bloc blames for election fraud and a cracking down on protests.

Lukashenko, a gruff former Soviet collective farm boss facing the biggest crisis of his 26 year rule, has blamed foreign countries for stirring the unrest and says the protesters are funded from abroad.

“There should no longer be any disorder in Minsk of any kind,” he said in remarks reported by state news agency Belta, announcing the new police crackdown in the capital. “People are tired. People demand peace and quiet.”

Police had kept a low profile during a mass protest in Minsk on Sunday and the protests have spread to some of Belarus’s major industrial plants.

Police also took control of the main state drama theatre in Minsk. It became a flashpoint for protests when its director, a former Belarusian diplomat, was fired after speaking out in favour of the opposition rallies.

Lukashenko ordered border controls to be tightened to prevent an influx of “fighters and arms”, and intelligence agencies to search for the organisers of demonstrations.

The EU wants to avoid a repeat of violence in neighbouring Ukraine, where a pro-Moscow leader was ousted in a popular uprising six years ago, triggering a Russian military intervention and Europe’s deadliest ongoing conflict.

“For us it is clear that Belarus must find its own path, that must happen via dialogue in the country and there must be no intervention from outside,” said German Chancellor Angela Merkel. She bluntly said she saw no role for herself as a mediator in the crisis, noting she had tried to phone Lukashenko, but “he refused to talk to me, which I regret”. 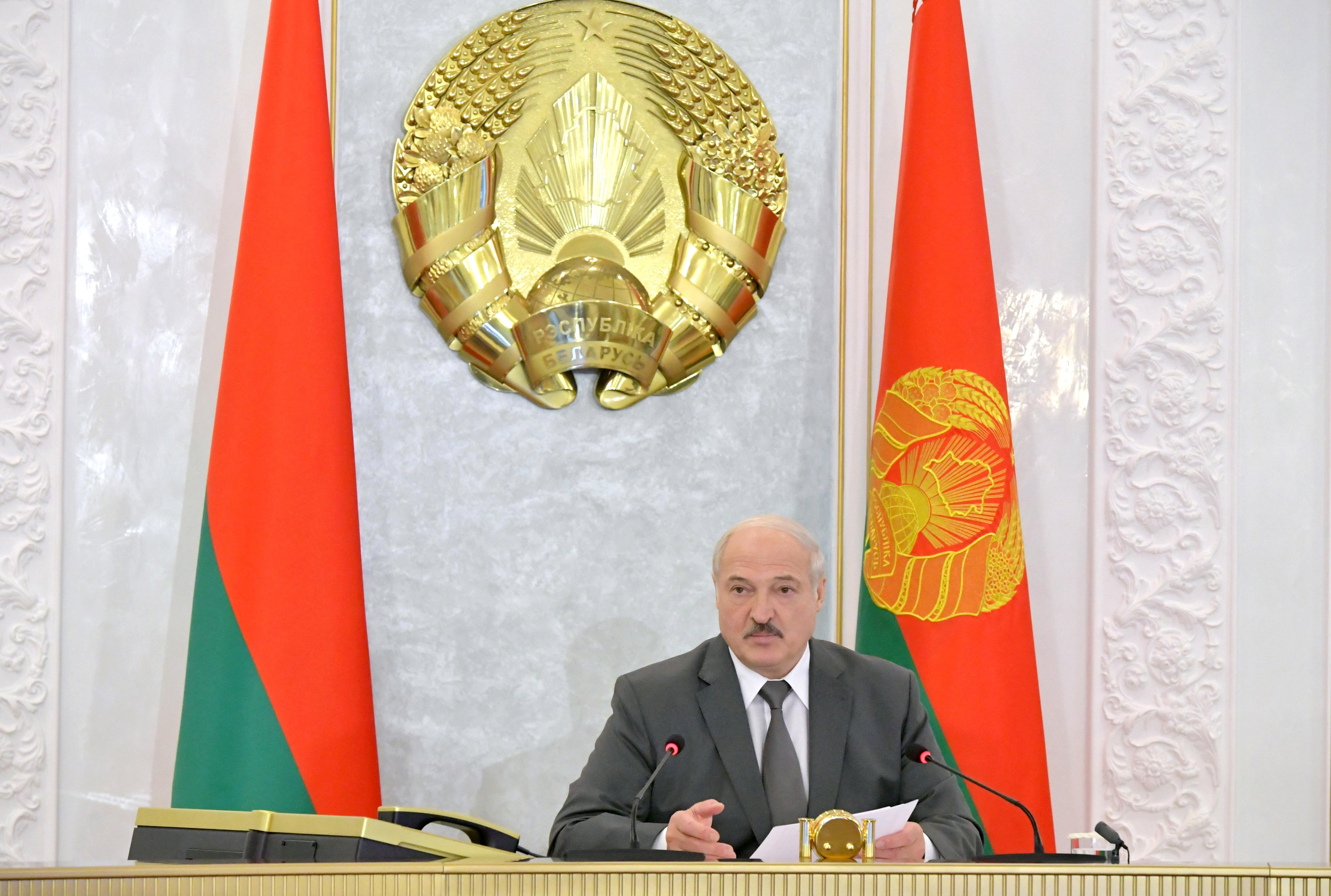 “BELARUS IS NOT EUROPE”

Russia has consistently warned the West against meddling in Belarus, which has the closest economic, cultural and political ties to Moscow of all the former Soviet republics and is central to its European defence strategy.

Some European officials have stressed that the Belarusian opposition, unlike in Ukraine, does not seem to be committed to loosening ties with Russia, merely to getting rid of Lukashenko.

“Belarus is not Europe,” EU Industry Commissioner Thierry Breton said, comparing it to pro-Western Ukraine and Georgia, both targets of Russian military operations. “Belarus is really strongly connected with Russia and the majority of the population is favourable to close links with Russia.”

But some European officials, especially in countries close to the frontier, have pushed for a firmer line to support the opposition and push back if Moscow backs any move to crush it.

The Kremlin faces the choice of sticking with Lukashenko to see if he can cling on, or trying to manage a transition to a new leader who would keep Minsk in Moscow’s orbit. 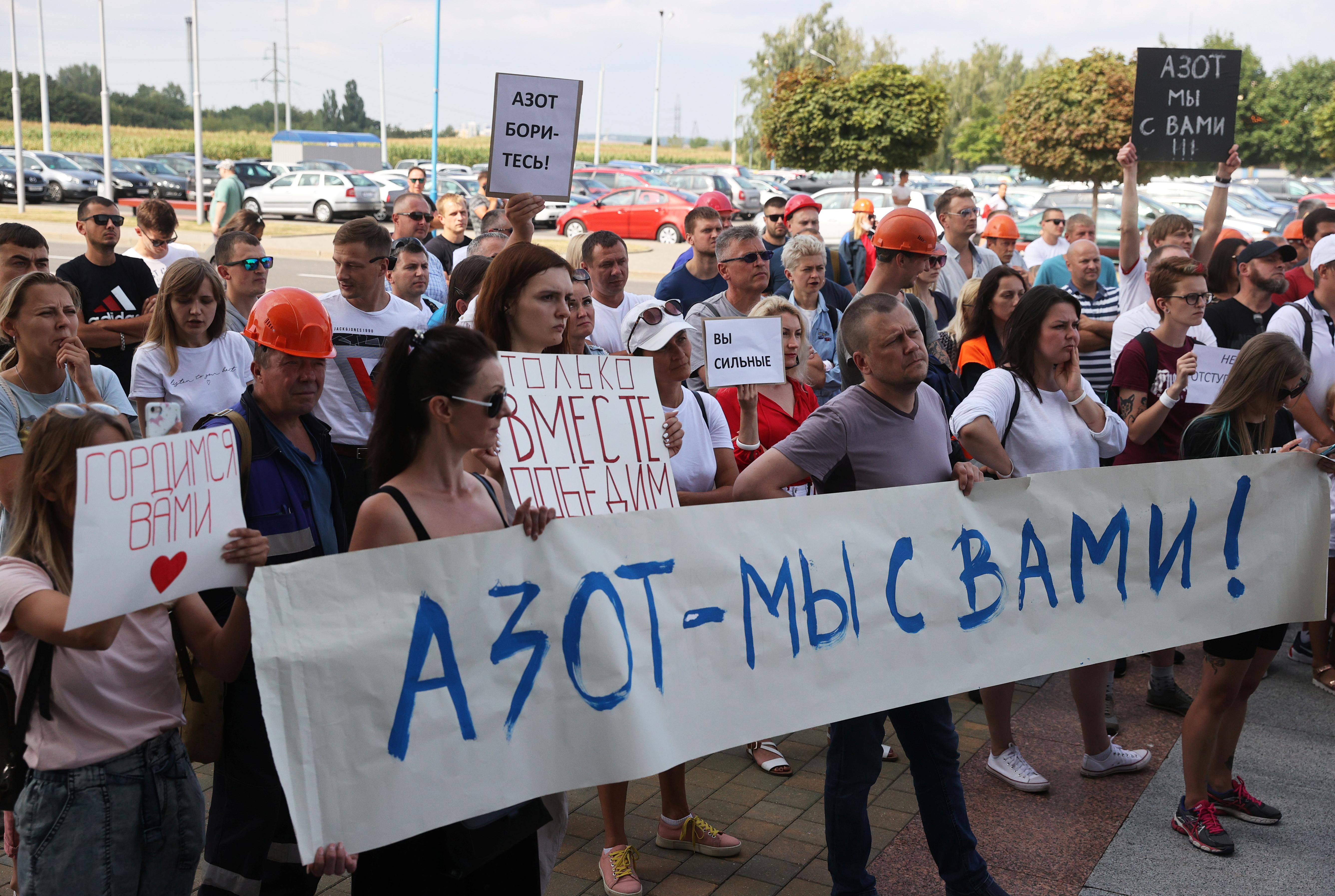 Flight tracking data showed a Russian government plane used in the past to carry officials including the head of the FSB security service flew to Belarus and back overnight.

Belarusian opposition leader Sviatlana Tsikhanouskaya urged the EU to reject official results giving Lukashenko 80 percent of the vote. A 37-year-old political novice, she stood as his main challenger in the election after better-known opposition figures were jailed or banned from standing.

“Mr. Lukashenko has lost all legitimacy in the eyes of our nation and the world,” said Tsikhanouskaya in English, in a video address from exile in neighbouring Lithuania.

Belarusian opposition figures set up a council on Tuesday to negotiate a transition, a move denounced by Lukashenko as an attempt to seize power.