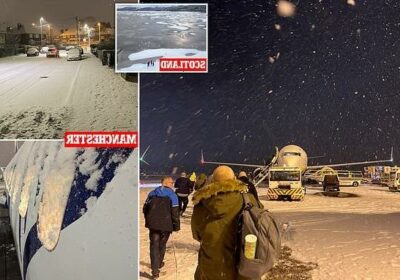 Britain is bracing itself for another day of travel chaos after temperatures plummeted once again last night to well below freezing across the country, as Manchester Airport is forced to close amid snowstorms.

Many are waking up to ice and snow this morning as the UK continues to be hit by this week’s cold snap and face travel disruption following temperatures as low as -7.1C yesterday.

Manchester Airport has been forced to close both its runways after heavy snowfall made it impossible for flights to take off.

Pictures were shared of a snow-encrusted plane grounded on the tarmac as passengers waited for news. 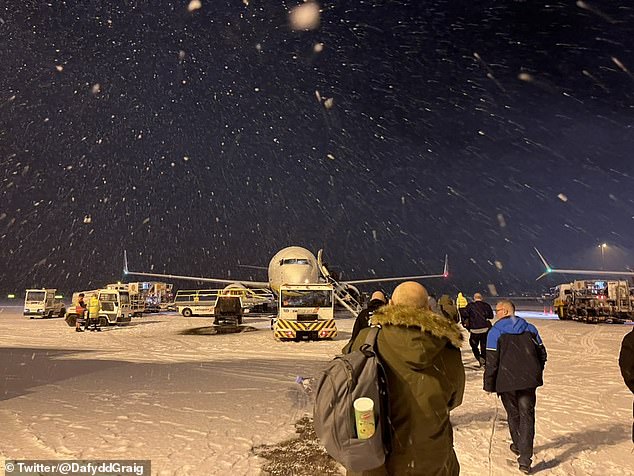 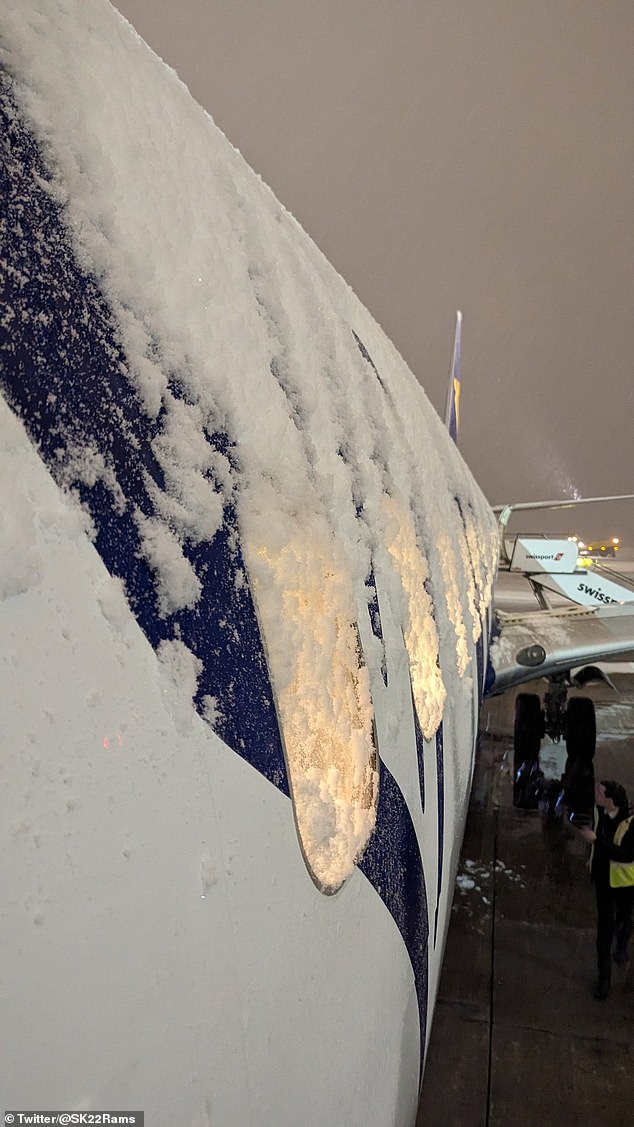 A plane covered in snow waits on the tarmac at Manchester Airport. It is not yet clear how long the closure will last

A spokesperson for the airport said: ‘Following a period of heavy snowfall, we have temporarily closed both runways.

‘Health and safety will always be our top priority and operations will resume at the earliest opportunity.

‘Passengers are advised to contact their airline for the most up-to-date flight information.’

At least 10 flights have been delayed and one has been cancelled since the closure, according to tracking website FlightRadar24.

More disruption is expected across the UK as forecasters have said the cold weather will last until the end of the week, and temperatures could drop as low as -11C in places.

The worst affected area is the north of Scotland, with the Met Office warning that communities there could be cut off and left without power amid snowstorms.

The office has issued yellow weather warnings for most of Scotland, Northern Ireland, Wales and the north-west and south-west of England. 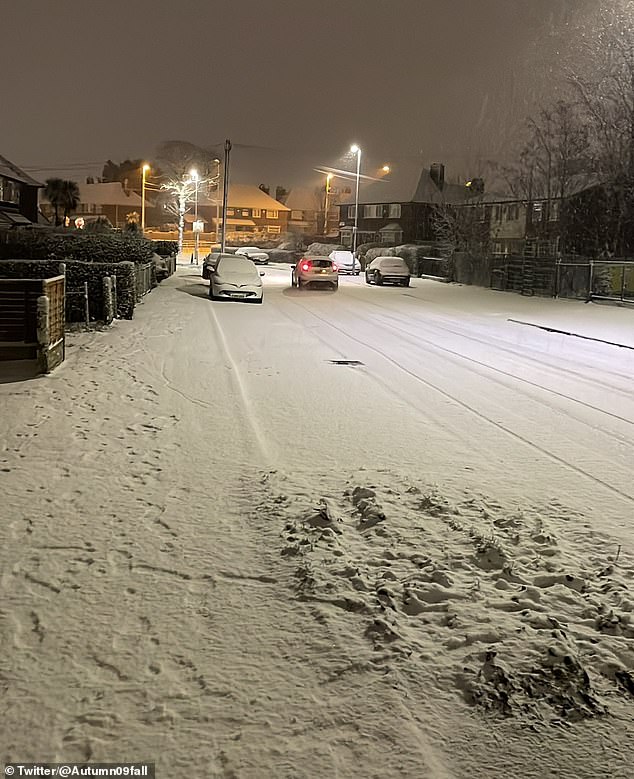 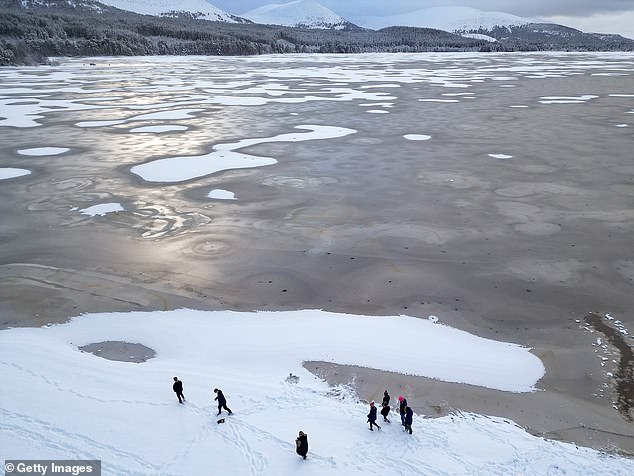 People walk across a frozen loch in Aviemore in Scotland yesterday, when temperatures reached as low as -7C 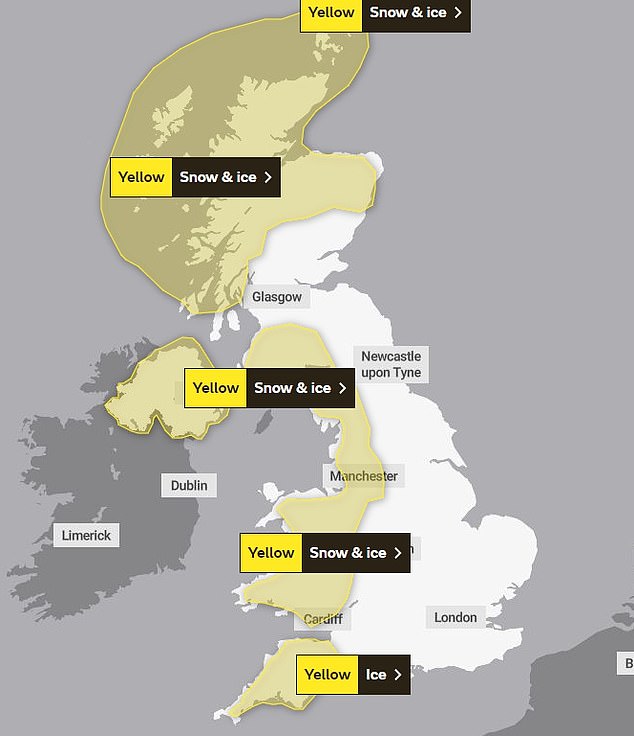 The Met Office has issued yellow weather warnings for Scotland, Wales, Northern Ireland and the north-west and south-west of England

All of these areas are likely to see travel disruption and delays to journeys as ice and snow block roads and train lines.

Yesterday saw major disruption for people all over the UK as roads were closed due to traffic collisions and railways saw widespread delays and cancellations.

Police have warned drivers to take care this week and, in places, only drive when necessary due to the unusually difficult conditions.

Earlier in the week, a bus carrying around 70 people was overturned after a collision in Somerset.

Emergency services later said a number of those injured in the crash would require surgery.

Meanwhile, a major incident was declared in Somerset over flooding concerns, adding to the disruption.

The Met Office has warned motorists to leave more time for their journeys amid the difficult conditions.