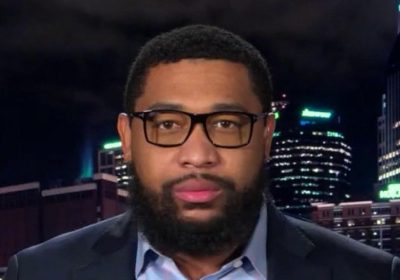 TATUM: “They should be ashamed of themselves coming out lying on this police officer and lying on that girl (Ma’Khia Bryant). That girl had a knife in her hand and she was getting ready to stab another young Black girl in the face. She wasn’t just swinging a knife. She was going to stab the girl in the face and she was fatally shot. Officers have every right to use deadly force against another person to protect the life of another individual.

TATUM: They seem almost disappointed, do they not, when the facts don’t exactly match up with an easier narrative to perhaps vilify the police, whether it’s skin color of the people involved or whether there was a weapon involved.

They usually have a meltdown or they completely lie about it because it makes them look like hypocrites.

I really am sick and tired of listening to these people get on TV with no accountability. They are flat-out lying and stoking violence in our communities.

This is not hurting White people. It’s making other Black people become more violent [and] feel like their life is endangered by police. They’re going to end up getting hurt and end up dying and not having patrols in their communities, which makes their communities more violent. It’s not hurting White people. It’s hurting Black people and is perpetuated by a lot of Black leaders.

LeBron James is living on a high horse in a multimillion dollar house, living near nothing but White people. At the drop of a dime, he will have White officers at his house doing investigations on false claims, if there are some. LeBron James and the people like the BLM cofounder living in million-dollar houses, they don’t care … I really wish they would be held accountable and at least be ashamed of what they’re doing to our country.