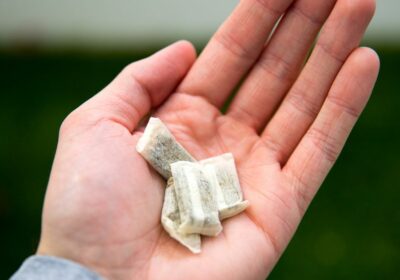 A bizarre trend in Scandinavia is worrying officials, as one young bloke complained of a "burning" sensation in his penis after he stuffed his foreskin with a nicotine pouch.

Danish national broadcaster DR highlighted the trend that has also reached Sweden and emanates from the popularity of Snus and other nicotine pouches in the region.

The trend doesn't yet have a name, but the channel spoke of several teens who had taken part, including one bloke who said he got drunk and put the pouch in his foreskin.

“They got drunk and one forgot to take out the nicotine pouch again,” a health expert told DR of the teen. “The next morning he woke up and his penis was red and very swollen and hurting. It was the first and last time he tried it.”

Another teen who spoke to the channel said he and a group of mates did the same thing while drunk at a party.

“So I tucked it in. It was a low-strength all-white dry portion and I didn’t feel too much of an effect. Maybe it would’ve been different with a stronger, moist one.”

“I got a cold sensation from the menthol,” he added.

Snus is a tobacco product that’s illegal in most European countries but has a long tradition in Sweden.

It’s intended to be tucked inside the cheek or against the user’s gums, but it can be effective if brought into contact with any mucous membrane such as in the genitals.

It appears that Snus users are als putting the product in their anuses. One forum dedicated to the theme hosted a person who wrote: “Tried to put snus in my anus once. Quite painful after just a few minutes.

"But the nicotine craving disappeared, so I guess it works.”

His words would suggest that it was an attempt to kick a nicotine craving, probably from cigarettes, but whilst this method may protect his lungs de facto – health experts don't encourage it.

The health expert who spoke to DR said that nicotine pouches can cause gum damage, and could potentially cause similar damage to other parts of the body, including anuses and foreskins.