Charming the birds from the trees! Blue tit lands on man’s hand in amazing footage

A wildlife snapper nicknamed the Banksy of photography caught the moment a bird he has been feeding in his garden for three years perched on his finger.

Anonymous photographer Villager Jim recorded the blue tit, named Deidre, landing on his finger at his home in Derbyshire before taking meal worms from a can.

Flying out of a tree Deidre swoops down to take the food and returns several times taking the snacks back to feed her four young babies.

The video has received tens of thousands of views on Villager Jim’s Facebook page which documents his photography. 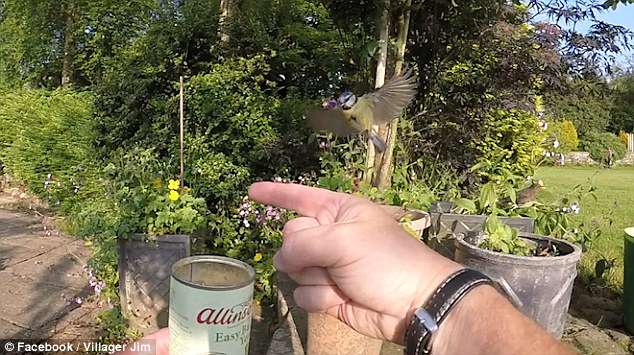 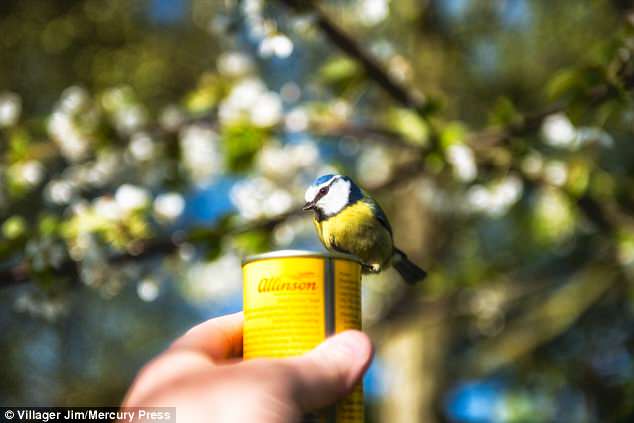 Villager Jim, an anonymous wildlife snapper nicknamed the Banksy of photography, recorded the moment this blue tit landed on his finger 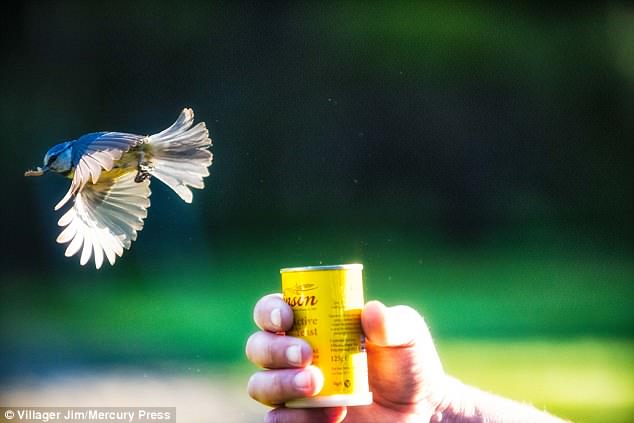 The bird, named Deidre, has been living in his garden for three years, and is now more than happy to take meal worms from a can

Villager Jim describes Deidre as a ‘one in a million’ little bird and his ‘very special little friend’.

Villager Jim said: ‘She must be more than three years old now which is quite old for a blue tit.

‘We’re now at the point where she knows what time I come back in the mornings from taking pictures.

‘She waits for me on my drive then she jumps on my wing mirror. I can’t walk five yards without her jumping on me.

‘It’s wonderful – she’s built this trust relationship with me and will jump on my finger. It took about three months of feeding her worms which she adores.

‘I’m very lucky as they’re such good subjects for photographs. They will often sit on the camera.’ 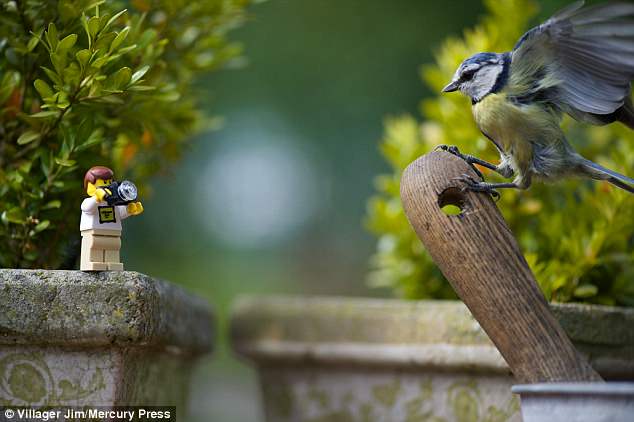 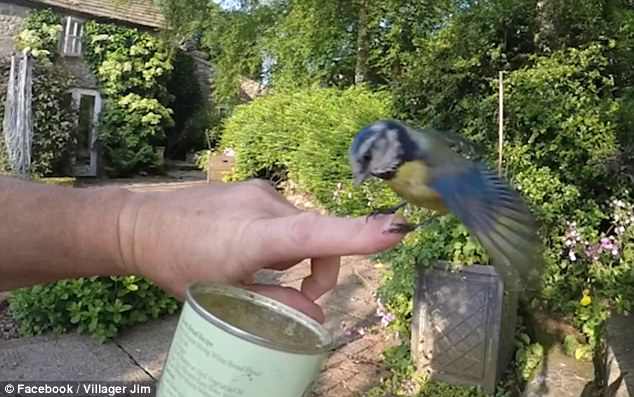 Villager Jim said he can’t remember why he called her Deidre but thinks it might be because of Deirdre Barlow from Coronation Street.

Villager Jim said: ‘I’ve got some many animals that I’ve named, I’m starting to run out of options.

‘In this video she’s coming out and taking the food to her babies.

‘I’m aware that she needs to teach her little ones how to catch worms so I give them a little bit of breakfast and a bit of tea then they fend for themselves the rest of the day.

‘Deidre is a tough little dude, she’s a wonderful thing. If there’s a group of sparrows feeding she’ll dive right into the middle of them, she stands up for herself.

‘I think the video’s done well because it pulls at the heart strings. When I watched it back I actually got quite emotional thinking about how lucky I am that I got to experience that.’ 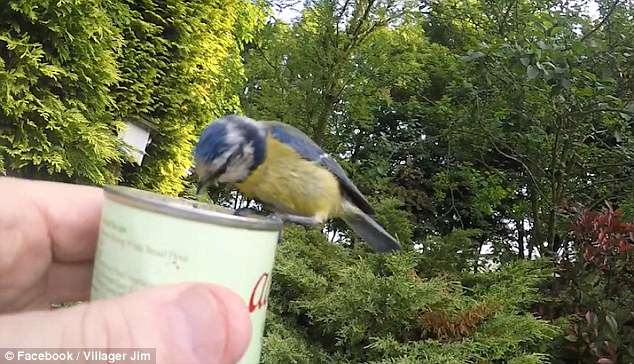 After staying on his hand for just a moment, the bird then makes its way over to the meal worm can 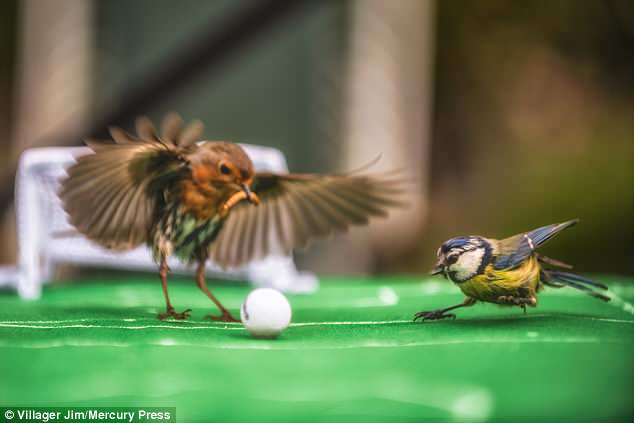