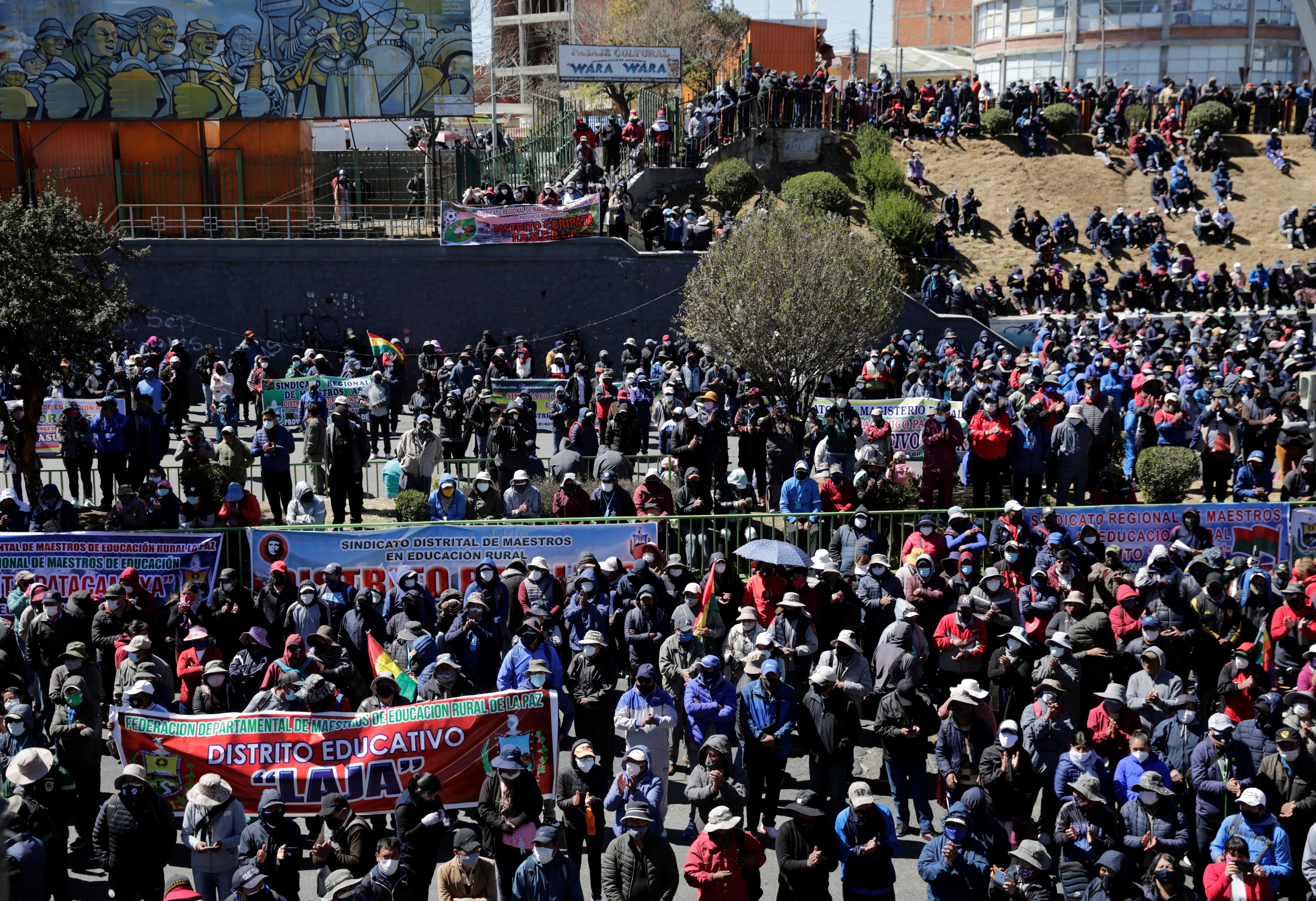 LA PAZ (Reuters) – Bolivia’s caretaker government on Thursday enacted a law that mandates a delayed presidential election will be held on Oct. 18 as scheduled, despite opposition calls for it to be moved earlier.

The law would impose criminal penalties on any effort to change the date.

Tensions are brewing as the South American nation heads for a re-run of an October 2019 disputed vote that sparked protests and prompted former leader Evo Morales to resign.

Bolivia’s electoral tribunal in July pushed the election to Oct. 18 due to the coronavirus pandemic, but supporters of Morales are demanding the vote be held on Sept. 6. The dispute has prompted protests and roadblocks.

The United Nations and the European Union, in a joint statement, expressed support for the October date.