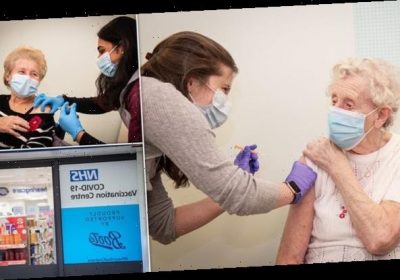 Boots and Superdrug start dishing out Covid vaccines as six high street pharmacies are recruited to hit 13.9m target by mid-February — but independent chemists fear UK will fail unless it uses ‘many more, much sooner’

Boots and Superdrug started dishing out coronavirus vaccines this morning after No10 finally turned to the high street to deliver its lockdown-ending promise of immunising almost 14million people by mid-February.

The branches are among six independent pharmacies across England which were converted into Covid hubs this morning and will be able to administer hundreds of jabs a day between 8am and 8pm.

The pharmacies recruited to the national effort today include a Boots in Halifax and Superdrug in Guildford, as well as Andrews Pharmacy in Macclesfield, Cheshire, Cullimore Chemist in Edgware, north London, Woodside Pharmacy in Telford, Shropshire, and Appleton Village pharmacy in Widnes, Cheshire.

Those who are eligible for a Covid vaccine will be contacted and invited to make an appointment through a new national booking service. This gives them the option of having a vaccine at a pharmacy or in a GP-led vaccination centre.

Prime Minister Boris Johnson told MPs that distribution ‘will be going to 24/7 as soon as we can’ but said supply of doses remains the main barrier. At the moment the pharmacies will run a 12-hour day operation.

The six pharmacies have been picked because they can deliver large volumes of the vaccine and allow for social distancing, and Health Secretary Matt Hancock said it is ‘fantastic’ that jabs will be available on the high street.

‘Pharmacies sit at the heart of local communities and will make a big difference to our rollout programme by providing even more local, convenient places for those that are eligible to get their jab,’ he said.

By the end of the month more than 200 community chemists with capacity for 1,000 doses a week will be able to give vaccines, according to NHS England.

The pharmacies join the 200 hospitals, around 800 GP clinics and seven mass vaccination centres where jabs are already being handed out.

Labour leader Sir Keir Starmer urged ministers to go further and use England’s 11,500 pharmacies to deliver round-the-clock vaccinations by the end of next month.

Brenda Clegg, 92, receiving a dose of the Covid-19 vaccine from pharmacist Rae Hynes at the Boots pharmacy in Halifax, West Yorkshire 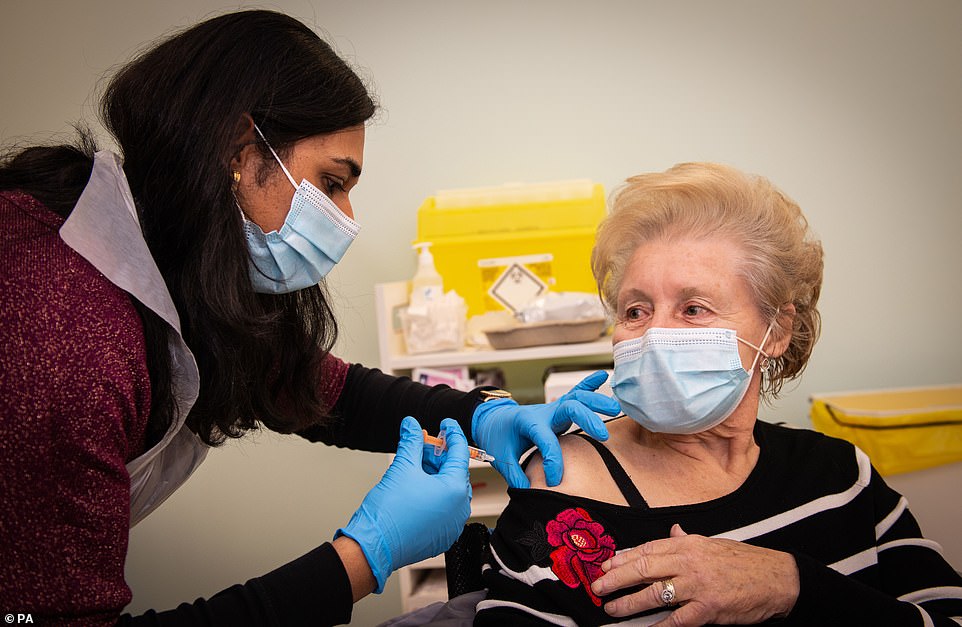 Patricia Main, 75, receiving a dose of the Oxford/AstraZeneca Covid-19 vaccine from pharmacist Bhavika Mistry at the Boots pharmacy in Halifax, 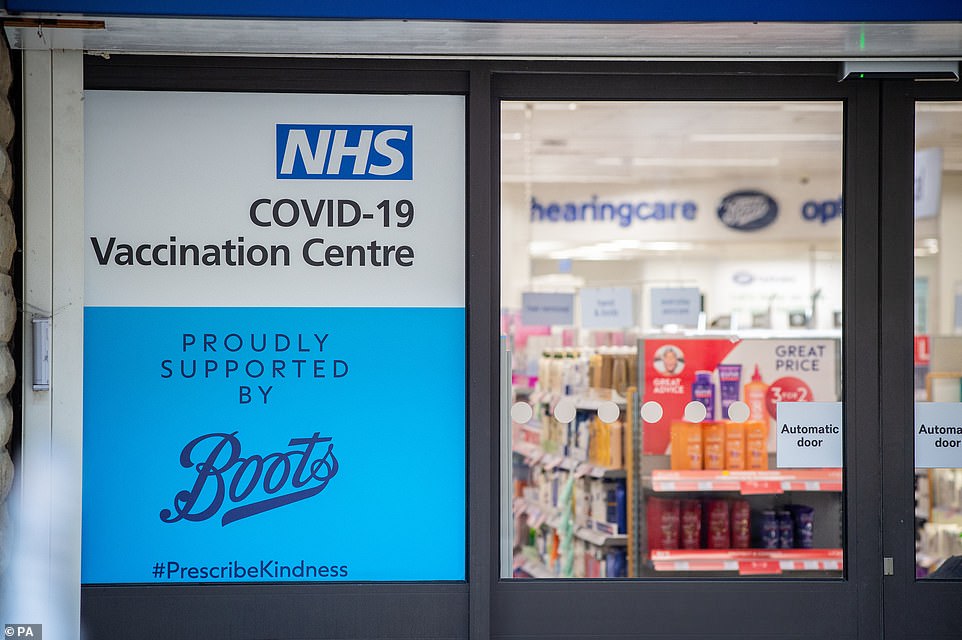 The Covid-19 vaccination centre at the Boots pharmacy in Halifax

The expanded vaccination service in England comes as the daily reported UK death toll reached a new high on Wednesday, with 1,564 fatalities recorded within 28 days of a positive test.

The latest figures meant the grim milestone of more than 100,000 deaths involving coronavirus has now been passed in the UK, according to official data.

The Prime Minister warned that hospital intensive care units (ICUs) face being overwhelmed unless coronavirus rates are brought under control, with the latest official figures showing more than 36,000 people are in hospital with coronavirus, including almost 3,500 on ventilation.

He told MPs: ‘If you ask me when do we think that the ICU capacity is likely to be overtopped, I can’t give you a prediction for that.

‘But all I can say is that the risk is very substantial and we have to keep the pressure off the NHS and the only way to do that is to follow the current lockdown.’

Mr Johnson told the Commons Liaison Committee that ‘the situation is very, very tough indeed in the NHS’ and ‘the strain is colossal’ on staff.

The Scottish Government published a 16-page document setting out how it intends to vaccinate 4.5 million people, including 400,000 a week from the end of February.

It set out the supply of vaccine from Pfizer, AstraZeneca and Moderna from the start of April that it expects to receive each week.

This angered ministers in London, with a senior Government source warning: ‘Publication of numbers like these risks suppliers coming under pressure from other countries.

‘These vaccines are a finite resource and as we have said throughout – supply is the limiting step.’

Amid the warnings of struggling hospitals, the Government’s top scientist also warned the country is ‘in for a pretty grim period’ of deaths which will not ‘reduce quickly’.

Chief scientific adviser Sir Patrick Vallance told ITV’s Peston programme: ‘The daily numbers jump around a bit but I think we are in a position now – when you look at the number of infections we’ve had over the past few weeks and how this is likely to continue, so I don’t think they’re going to drop very quickly – that I’m afraid we’re in a period of high death numbers that’s going to carry on for some weeks.

‘It’s not going to come down quickly even if the measures that are in place now start to reduce the infection numbers.

‘So we’re in for a pretty grim period, I’m afraid.’

In his two-hour questioning from a committee of MPs, the Prime Minister also acknowledged concerns about a new strain of coronavirus from Brazil, but stopped short of promising a travel ban on the South American country.

‘We already have tough measures … to protect this country from new infections coming in from abroad,’ he said.

‘We are taking steps to do that in respect of the Brazilian variant.’

Meanwhile, a new study has found that Covid infection provides some immunity for at least five months, but people may still carry and transmit the virus.

The first report from Public Health England’s Siren study found that antibodies from past infection provide 83% protection against reinfection for at least five months.