Boris begins building bridges with Biden – ‘Our most important ally’ In a statement the Prime Minister said: “Congratulations to Joe Biden on his election as President of the United States and to Kamala Harris on her historic achievement. “The US is our most important ally and I look forwards to working closely together on our shared priorities, from climate change to trade and security.” It comes as former US presidents, UK politicians, world leaders and celebrities all added their congratulations as the winners were finally announced four days after the bitterly fought election ended. President Barack Obama, the 44th president, said he could not be prouder of the result but warned when Biden enters the White House “he’ll face a series of challenges no incoming President ever has – a raging pandemic, an unequal economy and justice system, a democracy at risk and climate in peril.

“The election result shows that the country remains deeply and bitterly divided.

“It will be up to not just Joe and Kamala, but each of us to do our part – to reach out beyond our comfort zone, and find some common ground from which to move forward, all of us remembering we are one nation, under God.”

Bill Clinton, the 42nd President of the United States, said: “America has spoken and democracy has won.

Hillary Clinton, who lost to Trump four years ago said: “It’s a history-making ticket, a repudiation of Trump, and a new page for America. Onward, together.” 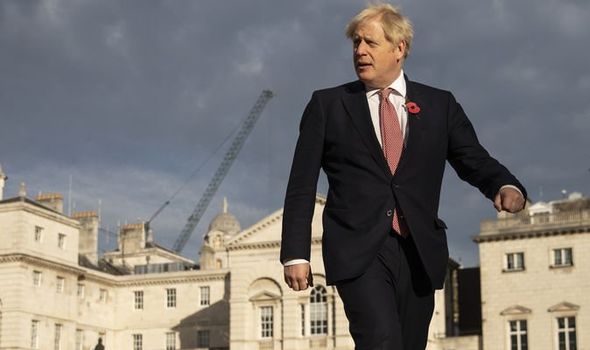 Canadian PM Justin Trudeau was the first foreign leader to congratulate the victors: “Our two countries are close friends, partners, and allies. I’m really looking forward to working together and building on that with you both.”

The German Chancellor Angela Merkel said: “I look forward to co-operation with President Biden. Our transatlantic friendship is irreplaceable if we are to master the great challenges of our time.”

And from France the President, Emmanuel Macron, said: “We have a lot to do to overcome today’s challenges. Let’s work together!”

Labour leader Sir Keir Starmer said: “He ran a campaign on values that we in the United Kingdom share – decency, integrity, compassion and strength. It is a chance to reassert America’s place as a force for good on the world stage. A nation that will work with Britain and other allies to defeat this pandemic and fight climate change.”

The Late Late Show host James Corden quipped he might have a Buck’s Fizz: “I hope President Biden allows himself just a little malarkey this evening. He’s earned it.” 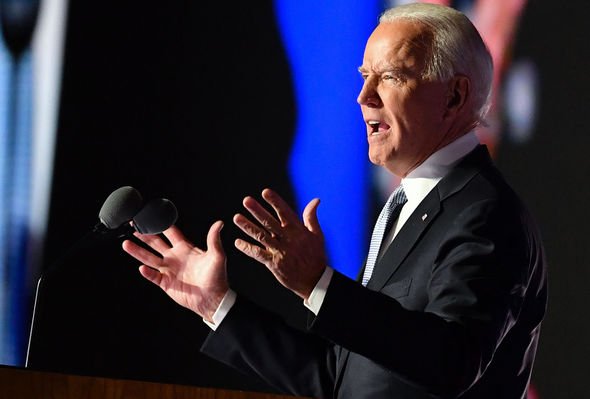 Singer Cher admitted: “Between jumping in my bed and crying I couldn’t tweet. I have wanted him to be president since 2006.”

Oscar-winning actress and filmmaker Laura Dern said: “Here’s to kindness. To listening to each other again. To leadership. To nobility. To integrity. And now after three sleepless days… wait… four sleepless years, I’m gonna take a nap!”

The actress Reese Witherspoon cheered: “Congrats to our new President Joe Biden and the first female Vice-President in our history.”

And horror author Stephen King added: “One of the best days of my life.” Mr Biden’s ancestral Irish home town of Ballina in Co Mayo was decked out in the Stars and Stripes. 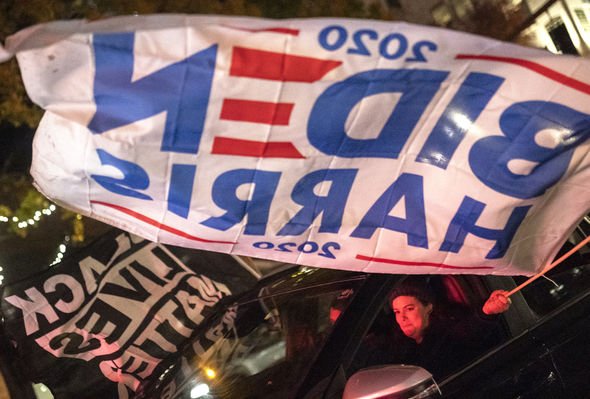 His cousin Joe Blewitt said the President- elect was a “really nice fella” who was good to talk to. The plumber had been invited to the White House in 2017, when Mr Biden was awarded the Congressional Medal of Honour from then-President Obama and now hoped to be there for his inauguration.

He joked: “Hopefully we can go back over in January – if he can remove the other man.”

Taoiseach Micheal Martin tweeted his congratulations after the victory. He said: “Joe Biden has been a true friend of this nation through his life and I look forward to working with him in the years ahead.

“I also look forward to welcoming him home when the circumstances allow!”