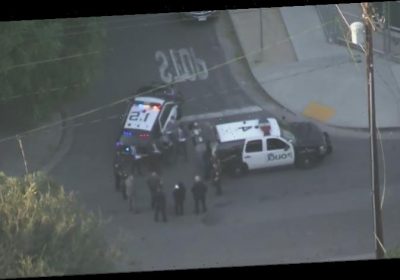 A 10-year-old boy was critically injured when he was shot in front of his California home in broad daylight on Sunday, according to reports.

The child was outside his Villa Park area home in Pasadena around 3 p.m. Sunday when shots rang out, local affiliate FOX 11 KTTV-TV reported. He was conscious when responders arrived and rushed him to an area hospital, the news station reported.

Pasadena Police Department Lt. Mario Ortiz told the Los Angeles Times investigators are looking for two or three men who they believe rolled up in a light-colored sedan and opened fire. It was not immediately clear if the boy was the intended target.

Anyone who believes they have information related to the shooting is asked to call the Pasadena Police Department at 626-744-4501.