Home » Boy, 15, in Serious Condition After Being Shot at Jr. High School, Allegedly by Another Student 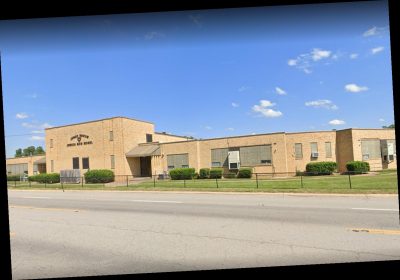 A shooting occurred at a junior high school in Arkansas the day students returned to the campus after months of distance learning.

A 15-year-old boy was shot on Monday at Watson Chapel Junior High School, allegedly by a fellow student, Pine Bluff police said, according to ABC News.

The boy was hospitalized and in very serious condition, ABC News reported.

The suspected shooter, another a 15-year-old boy, was found nearby and taken to the Juvenile Justice Center, police said, according to the outlet. No other students were hurt. The Pine Bluff Police Department did not immediately respond to PEOPLE's request to comment.

In the first post, the school announced, "All campuses are on lock down. The Jefferson County Sheriff's Department and the Pine Bluff Police Department are on site to control the situation."

The school later labeled the shooting "an isolated incident." Pine Bluff Police Chief Kelvin Sergeant told CNN that there is currently no known motive for the shooting. No formal charges have been filed, CNN reported.

At noon, the school announced, "There will be a supervised release at the Jr High starting now.  Parents can pull through the drive thru and request for their child to be released."

"If the parents are not able to pick up their child, then the students can stay on campus until release at the end of the day.  All students are safe!" the statement concluded.