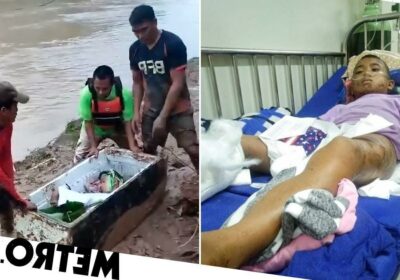 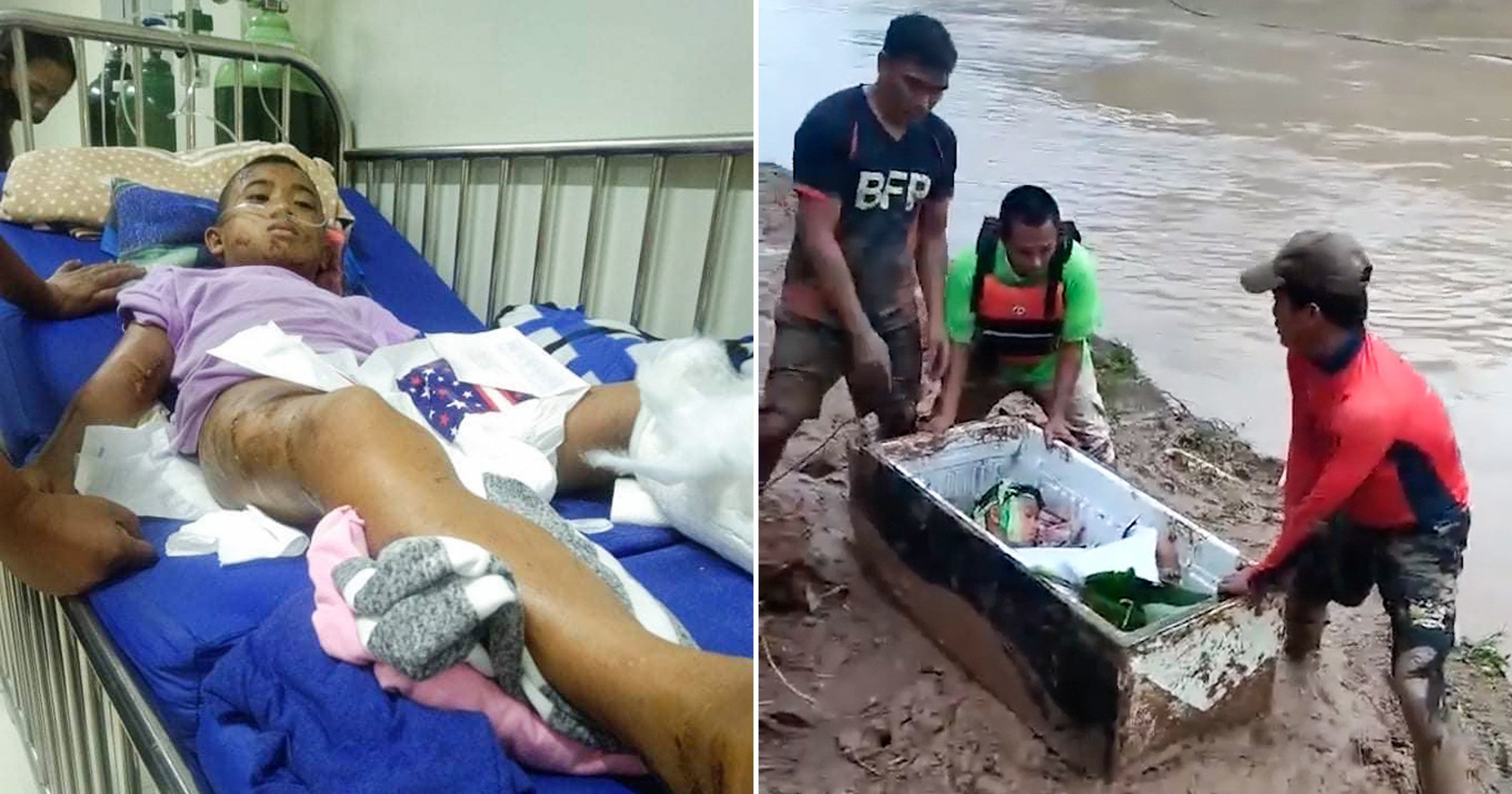 A quick-thinking boy survived a killer landslide in the Philippines by jumping inside a fridge.

Remarkable footage shows CJ Jasme, 11, being pulled to safety after he spent the night stuck in the broken appliance in deep mud.

Known locally as ‘Boy in the Ref’, CJ was at home with his family when a mudslide, triggered by tropical storm Megi, hit their village in Baybay City on Friday.

As wet soil and rocks struck their house, CJ locked himself in the fridge where he spent the next 20 hours.

Police officer Jonas Etis spotted the boy and ran to the river when he heard another wave of rocks was coming.

The coastguard arrived on the scene and helped pull CJ to safety. His leg was broken but he was still conscious, in what’s being called an ‘absolute miracle’.

Sadly, it appears the rest of CJ’s family were not so fortunate. His 13-year-old brother may have also escaped, but his mum and younger sibling are still missing.

Just a day earlier, another landslide battered the community at the bottom of the mountain, killing CJ’s dad.

The youngster is among dozens of children who’ve become orphans after the storm, known in the Philippines as Agaton.

Search and rescue efforts have been focused in Baybay city, an eastern mountainous area prone to landslides, which has seen the majority of casualties so far.

At least 172 people were killed in the devastating mudslides and floods last week.

More than two million have been displaced, with some 207,500 still staying in evacuation centres.